Sally Whitman Coleman,
“Hans Memling’s Scenes from the Advent and Triumph of Christ and the Discourse of Revelation.”
The article discusses an early panoramic landscape Simultanbild that has perplexed art historians for years.

Elizabeth Sutton,
“Possessing Brazil in Print, 1630-54.”
The article analyzes the maps of Brazil published during the tenure of the Dutch Republic’s possession of the territory (1630–54), many of which share common features demonstrating how existing conventions were used by publishers to convey Dutch ownership.

D. C. Meijer Jr., “The Amsterdam Civic Guard Portraits within and outside the New Rijksmuseum, Pt. I and II”

G. Schaep, “The Paintings in the Three Civic Guard Halls in Amsterdam, Written by G. Schaep, 1653”

Tom van der Molen has translated the first installments of a five-part article by D.C.Meijer, Jr. published in Oud Holland (1885-1889). This “critical” translation provides a record of late nineteenth-century ideas about civic guard portraits around the time of the opening of the new Rijksmuseum.

The next formal deadline for submission of articles is August 1, 2013 (for publication in 2014 or 2015), although authors are encouraged to submit at any time. 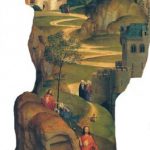