D. C. Meijer Jr.
“The Amsterdam civic guard pieces within and outside the new Rijksmuseum,Pt. 4”
A critical translation by Tom van der Molen of Pt. IV of D. C. Meijer Jr.’s five-part article on the Amsterdam civic guard portraits, published in one of the first issues of Oud Holland. This fourth installment focuses on the portraits of Thomas de Keyser. Translations of the first three installments were included in JHNA 5:1 (2013) and 6:1 (2014), and the fifth will be published in 2015.

JHNA is the electronic journal of Historians of Netherlandish Art. Founded in 2009, the journal publishes issues of peer-reviewed articles two times per year. These articles focus on art produced in the Netherlands (north and south) during the early modern period (ca. 1400 – ca.1750), and in other countries as they relate to Netherlandish art. This includes studies of painting, sculpture, graphic arts, tapestry, architecture, and decoration, from the perspectives of art history, art conservation, museum studies, historiography, and collecting history.

The next formal deadline for submission of articles is March 1, 2015 (for publication in 2015 or 2016), although authors are encouraged to submit at any time. 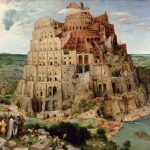