A privately printed book has been released on the picture dealer John Smith (1781-1855), who authored the nine-volume Catalogue Raisonne of the Works of the Most Eminent Dutch, Flemish and French Artists published between 1829 and 1842. This publication contains 564 unpublished letters that reveal the activities of the firm John Smith and Sons.

From the book’s prospectus

A Dynasty of Dealers: John Smith and successors 1801–1924 is a study of the London art market for Dutch and Flemish pictures in the nineteenth century, based on 564 unpublished letters between the art dealer John Smith, his sons and their customers, and also on the Smith firm’s business books, which are now located in the Victoria and Albert Museum.

His clients included the Prince Regent (later George IV), the Duke of Wellington, Lords Bute, Lansdowne and Northwick, Sir Robert Peel, Sir Charles Bagot, Ralph Bernal and William Beckford, as well as members of the Baring, Hope and Rothschild banking families, and the firm dealt in works by such artists as Rembrandt, Vermeer and Rubens.

For around seventy years John Smith’s firm acted as a leading London dealer, and had curatorial responsibility for Lord Ellesmere’s celebrated collection of pictures at Bridgewater House, St James’s, a role that lasted for three generations, and a lesser role for Lord Ashburton’s collection at Bath House, Piccadilly, which lasted as many.

Smith was also the author of the pioneering Catalogue Raisonné of the Works of the Most Eminent Dutch, Flemish, and French Painters, nine substantial volumes covering forty-one artists, published between 1829 and 1842.

As Nicholas Penny writes in the Foreword, the book ‘publishes the remarkable correspondence of John Smith and the family firm of art dealers that he established. The authors provide a learned and sympathetic commentary on the letters, bringing us close to the business – often, indeed, following it on an almost daily basis … This book will appeal not only to anyone interested in the commercial history of the art market; it also illuminates aspects of social history. The Smiths’ houses, holidays and problems with servants feature in the letters and John Smith’s marital arrangements were very curious, even by the standards of today.’

The book provides an account of John Smith (1781–1855) and his family, and discusses his early years as a carver, framer and gilder; his evolution into a leading picture dealer and his relationships with customers; other contemporary dealers then practising in London, Paris, Amsterdam and Brussels; the sources of supply of pictures and details on profits and mark-ups; the second generation (John Mountjoy and Samuel Mountjoy Smith); the third generation (Samuel Theobald Smith); and finally Reggie Smith and Nevill Cooper, the last owner of the firm, who died in 1936.

The letters and accompanying commentaries chronicle in detail the activities of the Smiths and the dealers and collectors with whom they corresponded, providing valuable information on the pictures and their provenance, and the nature of collecting and dealing during the period. The text is supported with explanatory footnotes, which include identification where possible of many of the paintings handled by the Smith firm, with details of the present owners, such as the National Galleries in London, Edinburgh and Washington, DC, and The Metropolitan Museum, New York.

The endmatter includes Sources, a Bibliography, the Smith Family Tree, a Biographical Index with information on contemporary figures in the art world and a comprehensive Index. The book features sixty colour illustrations including portraits of John Smith and his principal customers; significant paintings handled by the firm; a selection of the original letters; and pages from the stock book and ledgers of the firm.

Charles Sebag-Montefiore is a Trustee of the National Gallery and has spent forty years creating the definitive library on British patronage and collecting. Julia I.Armstrong-Totten, formerly of the Project for the Study of Collecting and Provenance, at the Getty Research Institute in Los Angeles, is an expert on the London art market in the late eighteenth and early nineteenth centuries.

Measuring 113/4 x 93/4 inches (300 x 248 mm), the book comprises 464 pages, printed to the highest standard on archival-quality Mohawk Superfine 118gsm paper by the Beacon Press in Sussex. It is bound in full buckram by Ludlow Bookbinders in Shropshire. This edition is printed privately for the Roxburghe Club, which has agreed to make 250 copies available for sale at £250.00 plus postage and packing. 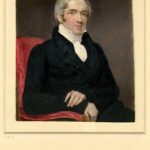