The fascination exerted by the works of the illustrious Pieter Bruegel the Elder in the decades following his death in 1569 is matched only by the intense interest they generate today. At the end of the sixteenth century and in the first half of the seventeenth, the most ambitious art collectors fought over the few paintings by the master that were still on the market. This setting was the catalyst for the appearance of copies and pastiches – and even deliberate forgeries. It was then that the elder son of Pieter Bruegel, known as Pieter Brueghel the Younger (whose name is spelled ‘Brueghel’ here, conforming to the signature that he adopted during the initial phase of his career) emerged as a legitimate successor, producing astonishingly faithful replicas of his father’s paintings. This was all the more surprising given that they were often made after works that were by then dispersed in diverse and sometimes inaccessible private collections. Operating within the context of a sizeable workshop, Brueghel supplied the market with hundreds of copies of variable quality according to demand. This enterprise merited re-evaluation from a technical point of view: how were such vast numbers of copies produced in practice?

This three-volume book explores the intriguing Brueg[H]el phenomenon through the two artists’ painting practices. The technical aspects of their works are investigated in a detective-like manner and are strikingly elucidated with a wealth of colour illustrations. The reader will come to understand the accomplished practitioner behind the genius that is Bruegel the Elder and the working procedures of his foremost emulator’s workshop. Furthermore, Brueghel the Younger’s exceptional qualities as a painter are singled out from those of his workshop production. The book also reveals fresh discoveries on the father’s creative process through the study of his son’s copies.

The Brueg(H)el Phenomenon: Paintings by Pieter Bruegel the Elder and Pieter Brueghel the Younger with a Special Focus on Technique and Copying Practice
Christina Currie and Dominique Allart
230 x 290 mm, 1062 pp., 3 vols. & website
In the series Scientia Artis, no. 8
Brussels (Royal Institute for Cultural Heritage) and 2012
ISBN: 978-2-930054-14-8 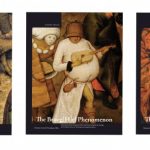 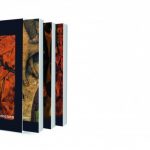