Historians of Netherlandish Art is pleased to announce the publication of the Summer 2013 issue of the open-access, refereed e-journal JHNA, Journal of Historians of Netherlandish Art (www.jhna.org). This special issue of the journal, guest-edited by Stephanie Dickey, Nadine Orenstein, and Jacquelyn Coutré, is dedicated to Egbert Haverkamp-Begemann. In addition to excerpts from an interview with Prof. Begemann discussing his life as a scholar, curator, and teacher, the issue includes the following essays by his former students.

Articles:
Ethan Matt Kaveler,
“Gossart’s Bodies and Empathy.”
An examination of the prevailing notions of Jan Gossart’s pictorial empathy in art historical scholarship from the early modern period to the later nineteenth century.

Louisa Wood Ruby,
“Drawings Connoisseurship and the Problem of Multiple Originals.”
After briefly tracing the history of the reception of copies, this paper uses examples of commissions for autograph versions of both paintings and drawings to demonstrate that multiple originals of drawings not only exist but are extremely valuable documents for the study of early modern workshop practice.

Amy Golahny,
“Italian Paintings in Amsterdam around 1635: Additions to the Familiar.”
Paintings by Bassano, Palma Giovane, and Guido Reni have been discovered in two Amsterdam inventories around 1635, adding exponentially to the known paintings by these artists in Holland and indicating an underrecognized appreciation for recent Italian art by Dutch collectors.

Rebecca Tucker,
“Urban Planning and Politics in the City Center: Frederik Hendrik and The Hague Plein.”
This article examines twelve drawings documenting urban design in The Hague in the mid-1630s, focusing on the role of the patron, Prince Frederik Hendrik.

Stephanie S. Dickey,
“Begging for Attention: The Artful Context of Rembrandt’s Etching Beggar Seated on a Bank.”
Rembrandt’s Beggar seated on a Bank (etching, 1630) contributes to a visual and literary tradition depicting “art impoverished” and reflects the artist’s struggle for recognition at a pivotal moment in his early career.

Nadine M. Orenstein,
“Rembrandt Looks to Schongauer.”
This essay proposes that Rembrandt consulted Martin Schongauer’s Christ Carrying the Cross for a number of works, most notably The Hundred Guilder Print.

Emilie E.S. Gordenker and Petria Noble,
“Saul and David at the Mauritshuis: a progress report.”
New investigative techniques have made it possible to answer a number of outstanding questions regarding Rembrandt’s Saul and David, (Royal Picture Gallery Mauritshuis), particularly about its condition and authorship.

Adriaan Waiboer,
“Willem de Poorter: Rembrandt/Not Rembrandt Pupil”
Often described as a Rembrandt-pupil, the Haarlem painter Willem de Poorter (1607/08-1648 or after) is unlikely to have trained with Rembrandt (1606–1669) in Leiden, but may have briefly worked under the latter’s guidance in Amsterdam in the mid-1630s

Jacquelyn N. Coutré,
“Decoration à l’Orange: Jan Lievens’s Mars and Venus in Context.”
This essay examines Jan Lievens’s Mars and Venus in the context of the continuation of the collecting tastes of the late stadholder Frederik Hendrik of Orange-Nassau and his wife Amalia van Solms-Braunfels by their daughter, Louise Henriette, Electress of Brandenburg.

Ann Jensen Adams,
“Temporality and the Seventeenth-century Dutch Portrait.”
The ungainly poses of a group of seventeenth-century Dutch portraits, when considered in the context of contemporaneous developments in time-keeping and debates about the nature of time, may be understood as intensify the presence of the portrayed and reducing the psychological barrier created by the painted portrait as a physical object.

Alan Chong,
“Sri Lankan ivories for the Dutch and Portuguese.”
Two ivory objects carved in Sri Lanka – a pipe case and a sculpture of the Virgin and Child, testify to the sophistication of Sinhalese artistic responses to Dutch and Portuguese trading networks in the sixteenth and seventeenth centuries.

Johanna Ruth Epstein,
“Incapable of That Sort of Thing: Millet’s Dutch Sources.”
This essay reveals that a previously unrecognized seventeenth-century Dutch source, Jan Luyken, furnished Jean-François Millet with many of his depictions of traditional peasant labor.

The next formal deadline for submission of articles is March 1, 2014 (for publication in 2014 or 2015), although authors are encouraged to submit at any time. 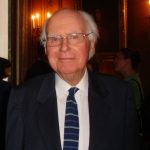