On 30 December the museum announced the release of Seventeenth-Century Dutch and Flemish Paintings, by Curator of Northern European Art, Dennis Weller. The catalogue consists of individual entries on 77 paintings in the NCMA collection; all are illustrated in full color and accompanied by black and white comparative illustrations. Biographies of artists have also been included, as well as up-to-date documentation on the paintings. Noelle Ocon, NCMA conservator, authored the technical notes on each work.

From the museum press release, 30 December 2009

The majority of the works were acquired as part of the original one million dollar state appropriation in 1947 which made North Carolina the first state in the nation to set aside public funds to purchase an art collection in order to establish the NCMA. Masterpieces by Jan Lievens, Govert Flinck, Jacob van Ruisdael, Jan Steen, Jan Brueghel the Elder, Gerard Seghers, Anthony van Dyck, and Jacob Jordeans are among the works in the collection.

Through his research on the collection, Weller made a number of discoveries of previous ownership, compositional changes made by the painters, and the identity a handful of the portrait sitters. He also re-attributed and re-dated a number of works. “It has been a great pleasure to catalogue such an important and distinguished collection, and I hope the book reflects my enthusiasm for the art.” Weller added, “I am also thrilled by Barbara Wiedemann’s handsome design of the catalogue.”

“We are proud of Dennis’ extensive research and intense work to create the definitive publication on this important collection,” remarked Director Lawrence J. Wheeler. 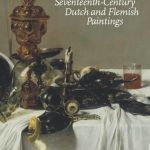