From the institution’s press release, December 2009

Editorial Prensa Ibérica (www.epi.es) has created in Madrid the Instituto Moll, Centre of Investigation and Studies of Flemish Paintings, managed by Professor Matías Díaz Padrón and also has the collaboration of his disciples Jahel Sanzsalazar, Ana Diéguez
and Magdala García Sánchez de la Barreda. This Centre is a point of reference whose main objective is the advanced investigation of Old Masters and Flemish paintings, particularly in Spain. A special emphasis is made on the international dimension of an artistic period linked to the northern dominion of the Austrians and their influence in our country.

Editorial Prensa Iberica is launching a special offer of 180 euros for the book by Professor Matías Díaz Padrón titled The century of Rubens in the Prado Museum which originally appeared in 1996. The book is a catalogue raisonné of the 17th-century Flemish paintings presented in two volumes of 830 pages each plus a third book which includes the bibliography and index. The book illustrates 627 paintings and 2.000 drawings, sketches, engravings and copies. It is only available in Spanish and can be ordered through the website of the publisher.

The second, forthcoming release is Van Dyck en España, also by Professor Matías Díaz Padrón. It is a thorough investigation of the works of art by the Flemish painter in Spain over a period of four centuries and is expected to be released at the beginning of next year. The book studies the relationship between the artist and the artistic and cultural Spanish society and specially his influence in the painters of the Spanish Court, including Velazquez. This book too is only available in Spanish and can be ordered through the website of the publisher. 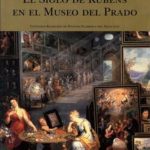 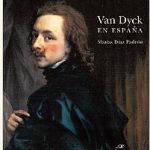