For 2,5 years the RKD (Netherlands Institute for Art History) has been organizing art evaluation sessions. These days serve to give the general public the chance to show artworks they own for evaluation by the specialists at the RKD. At the evaluation day of last Thursday, 21 June 2012 a discovery was made.

Together with two miniatures, that were the real reasons of coming to the RKD, a Portrait of a man was almost carelessly added to tje works on the table. Despite of the dirty varnish it is however soon clear that the painting is by one of the most important portraitists in Amsterdam around 1800: Adriaan de Lelie (1755-1820). The idea is confirmed when, with the help of a light, the signature and date (179[5]) are discovered.

An old lable on the reverse of the relatively small panel (28 x 23 cm.) reveals the identity of the sitter: Bernardus de Bosch (1742-1816). A man from Amsterdam’s "high society" of those days. He was portrayed by De Lelie more often. The Amsterdam Museum holds another portrait of him by De Lelie, moreover he is depicted on the Regents of the Oudezijds Huiszittenhuis from 1806, also by De Lelie in the same museum. Finally De Bosch is also depicted in De Lelie’s The art gallery of Jan Gildemeester Jansz in the Rijksmuseum. The portrait that was presented at the evaluation session last Thursday by a distant descendant of De Bosch was painted around the same time as the latter painting and possibly the two portrait commissions were connected. 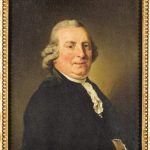 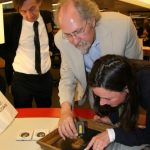 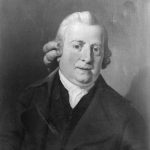 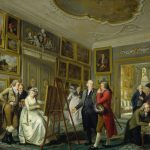