The scholarly congress The Gruuthuse Manuscript. Literature, music and devotion around 1400, taking place from 25 to 27 April still has some places left. Registration is possible until 21 April. For registration and more information please see the congress website

In the context of the exhibition ‘Love and Devotion: the Gruuthuse Manuscript’, 22 March – 23 June 2013, Bruges, Gruuthuse Museum, in collaboration with the Royal Library – National Library of the Netherlands and Radboud University Nijmegen.

The Gruuthuse manuscript was compiled in Bruges around 1395-1408. It is a highlight in Middle Dutch literature and an important source of information on late medieval urban culture in the Netherlands. Besides prayers and poems, the manuscript contains the oldest known collection of songs with musical notation in the Low Countries: songs of courtly and uncourtly love, songs of fellowship and sacred songs.

The Gruuthuse manuscript is the starting point and the main theme of the exhibition at the Gruuthuse Museum. After a brief introduction about the manuscript and the city of Bruges c. 1400, the exhibition goes on to examine a number of themes broached by the manuscript: music, love, ‘const’, fellowship and devotion. The conference will take up these themes as the starting point for an international and multidisciplinary approach to (urban) culture in Northwest Europe in the early fifteenth century. New insights in the field of history, art history, literature and musicology will be explained and developed during this conference. 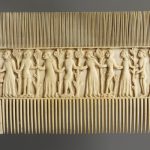