At the recent CODART TWINTIG conference in Warsaw, the Jordaens Van Dyck Panel Paintings Project made a request for information during its Speaker’s Corner session.

In the next phase of its website, due at the beginning of July, JVDPPP will be publishing the original (and a translation) of the 11 December 1617 regulation issued by Hendrick van Varick, the Bailiff of Antwerp and the burgomasters, aldermen and council of Antwerp to the panel makers in the Guild of Saint Luke and the separate Joiner’s Guild. It ordered the inspection and branding of panels (with the castle and hands of Antwerp) by the dean of the same trade in the Guild before they were allowed to leave the panel maker’s house.

Of the 38 panel paintings with Antwerp brands encountered by the project so far, 19 were made by separate irons rather than a single iron. That is, a separate iron for the Castle and one or two separate irons for the hands, as can be seen on the reverse of the Jordaens Adoration of the Shepherds in Vicenza, below. 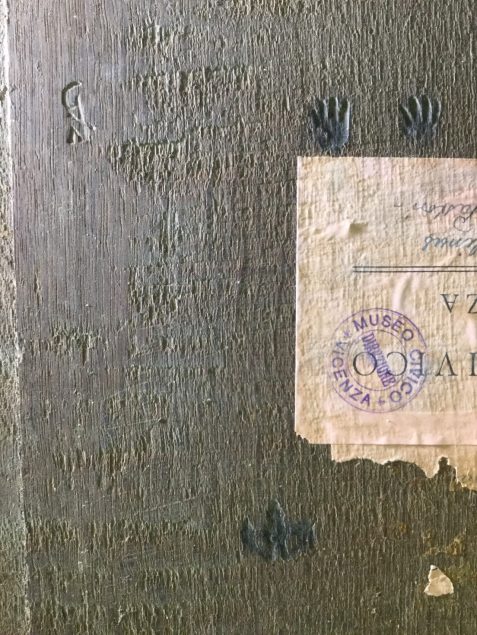 An example of the Antwerp brand made with one iron only can be seen on the reverse of a Philip by Van Dyck in a private collection in Germany. There were multiple single branding irons and their dates of usage were described in a 1998 article by Prof. em. Dr. Jørgen Wadum. The branding iron for Philip is considered to have been in use between 1618 and 1626.1 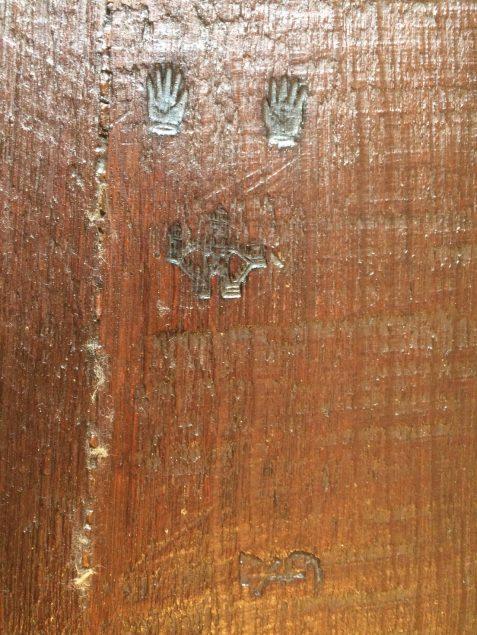 Therefore, JVDPPP is extremely keen to establish the dates during which the separate branding irons were used on panels. The project is searching for paintings on panels, by ANY Flemish artist, which have separate branding irons on the reverse and which are dated on the front. JVDPPP urges curators and collectors to please turn over their panels and contact the project, jordaensvandyck@gmail.com, if a date on the front and the castle and hands some way apart from each other on the reverse can be found.