Information from a message by Marten Jan Bok, 5 February 2013

Early this morning, helped by strong winds, fire has destroyed the Roman Catholic church of Saint Clemens in Nes, on the island of Ameland. The church, designed by Pierre Cuypers, the same who designed the Rijksmuseum and Amsterdam Central Station, was a registered monument.

For a press report on the fire, see the NOS website

The choir of this church housed a Crucifixion identical in composition to The Brugghen’s Crucifiction in the Metropolitan Museum of Art in New York and another version formerly with Galleria Caretto in Turin. The painting has traditionally been given to the Frisian painter Gerardus Wigmana, for no other reason than that it came to Ameland via a grandson of Wigmana. However, so far no art historical nor technical research had been carried out on the painting.

The painting was not in a good state of preservation and earlier initiatives to have the painting restored stranded for lack of funds. Until recently, no colour photographs of the painting existed, but fortunately Hans Zijlstra, editor of De Sneuper, the journal of the Historical Society for North East Friesland, made a few photographs during the summer of 2012. They allow us to at least compare the colour scheme with the versions in New York, Turin and a an old copy in the Centraal Museum in Utrecht.

The Ameland painting was clearly heavily over painted, but the overall impression is that it was much closer to the New York version than was previously assumed on the basis of old black and white illustrations. I had been in contact with several interested people in Friesland recently to come to an initiative to find funding for restoration and to set up a research group to find out more about the provenance of the painting. However, I am afraid that not much more can now be done . This is a great and tragic loss to the community of Ameland, as well as to Ter Brugghen scholarship. We should have gone there earlier. My plan to go visit Ameland with my friend Larry Nichols on the eve of the forthcoming TEFAF comes too late. 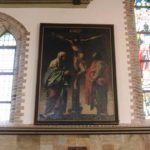 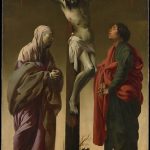 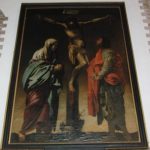 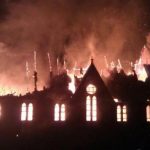