The Royal Institute for Cultural Heritage in Brussels (KIK-IRPA) and the Getty Foundation announced today the publication of the free e-book Frames and Supports in 15th and 16th-century Southern Netherlandish Painting.

This e-book serves as an important resource for conservators and scholars who study and care for old master paintings on wooden panels. The publication is an updated study based on Verougstraete’s 1989 doctoral thesis, which was originally prepared in French with black and white pictures. The new e-book has been fully translated into English and features over 2,000 crisp, full-color illustrations and diagrams presented in a searchable, zoomable interface.

Verougstraete’s technical study is unique because it was the first in-depth documentation of Netherlandish panel paintings with "engaged" frames. This practice of fusing together the frame and the wooden painting support was common in the 15th and 16th centuries, though over time these two elements were often separated. Thanks to Verougstraete’s research, scholars and conservators have had a valuable record to guide the structural treatment of wooden supports for works of this period and the selection of historically accurate frames to replace those that were removed and lost. However the first edition was published in French with a small print run, both of which have limited its accessibility. The new expanded and translated edition, which is freely accessible to conservators, scholars, and the general public, sheds further light on how artists collaborated with woodworkers to create painting supports. 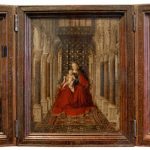 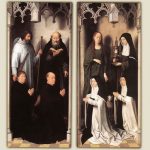