The works by Jheronimus Bosch currently located in Venice, Hermit Saints Triptych and Triptych of St. Uncumber as well as the Four Visions of the Hereafter will be exhibited in the Netherlands city of ‘s Hertogenbosch starting December 2015. In 2016 it will be 500 years ago that the famous painter died in ‘s Hertogenbosch, the place where he lived and worked. The city commemorates that with a three-month international loan exhibition. Late 2011, the two triptychs and four panels were examined in the Venetian museums by a team of scientists from the Netherlands, Canada and the USA. Conservation appeared necessary. That will be realised next year with financial contributions from the Bosch Research & Conservation Project and a grant from The Getty Foundation (Los Angeles) as part of its Panel Paintings Initiative. The conservation treatment will be completed when the works come to The Noordbrabants Museum in ‘s Hertogenbosch for the exhibition Bosch Visions. On 28 May in Venice, the final signatures will be placed on the conservation and loan agreements.

The research team of the Bosch Research and Conservation Project (BRCP) carried out the study that preceded the treatment. The BRCP is an international art-historical study. Modern technology is used for a fundamental re-evaluation of the works by Jheronimus Bosch (ca. 1450-1516). In this project, art historians, curators and restorers from institutions all over the world work together to analyse and preserve the works of one of the most creative artists of all times. The study is an initiative of the Jheronimus Bosch 500 Foundation, The Noordbrabants Museum and Radboud University, Nijmegen. It is supported by Queen’s University, Kingston (Ontario, Canada) and the Stichting Restauratie Atelier Limburg (SRAL), Maastricht (the Netherlands) and the University of Arizona, Tucson (US)

The two Venetian triptychs are kept in the Gallerie dell’Accademia, the four panels in Palazzo Grimani. The conservation project will be carried out in Venice by a team of Italian and Dutch experts and three young international conservators, who will receive training as part of the Getty Foundation grant.
On 28 May, Giovanna Damiani, Soprintendente Speciale per il Patrimonio storico, artistico ed etnoantropologico e per il Polo Museale della città di Venezia e dei comuni della Gronda lagunare and the representatives of the BRCP and The Noordbrabants Museum will be signing the cooperation agreements in the presence of Jet Bussemaker, the Dutch Minister for Education, Culture and Science.
.

The website http://boschproject.org/ was created with multiple goals in mind. First and foremost, the innovative synchronized image viewers will serve as practical tools during the conservation interventions for the Bosch panels in Venice. X-radiographs will be added when they become available. These image viewers are a significant advance for the fields of conservation/restoration and technical art history, and we are very pleased to share this exciting development with our colleagues in these disciplines. This site also serves as a pilot for a much larger web application that will be launched in December 2015 for the opening of the Jheronimus Bosch exhibition in ’s-Hertogenbosch. 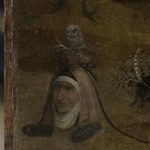 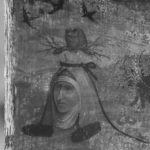 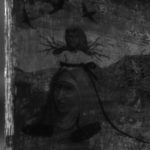