The curatorial offices of the department of European paintings at the Met lie behind a discreet pair of gray doors in Gallery 628, overlooked by most visitors to the museum. Flanking the doors is something far more interesting: a pair of splendid, full-length portraits of English noblemen by Anthony van Dyck. Passing through these doors every day on my way to work, I never grow tired of those magnificent portraits of elegant aristocrats from the seventeenth century. They seem to me like the perfect guardian spirits to watch over my days at the Met, where I joined the staff as Assistant Curator of Northern Baroque Painting one year ago. 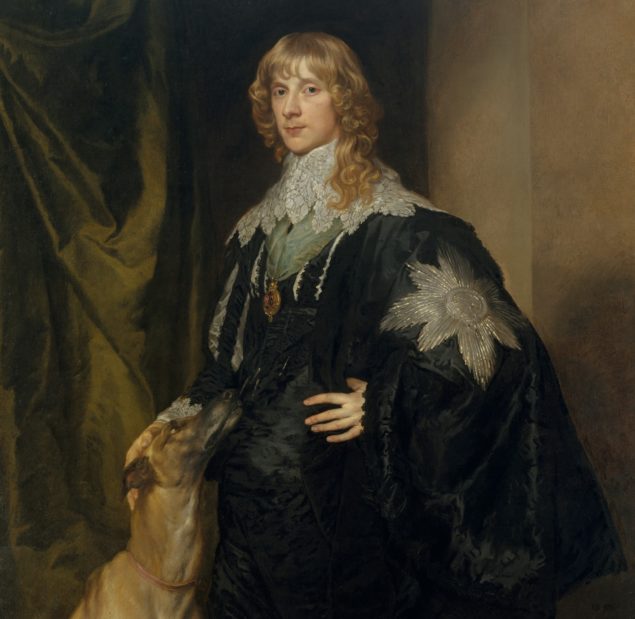 It’s often said that you can’t claim to be a New Yorker until you’ve lived in the city a full decade; likewise, I’ve been told you’re considered a newcomer at the Met for at least ten years. It therefore seems a bit premature to reflect on my time at the museum, and all the more so given the legacy of my predecessor, Walter Liedtke. Walter’s tragic death curtailed a career of nearly four decades at the Met, during which time he made an immeasurable contribution to the study of Dutch and Flemish art. I knew Walter only slightly, but I will never forget the fall afternoon when he took me to tea with the collector June Weldon in her apartment on Park Avenue, where her wonderful pictures included several oil sketches by Van Dyck. It is hard to accept that, just three years later, both Walter and Mrs. Weldon are gone, and all the paintings we admired that afternoon have been sold. That day, as we continued our discussion on the subway, I could never have believed that I would soon inherit Walter’s work at the Met. It’s a bittersweet pleasure now to get to know him better through his writing, consulting on a near-daily basis his magnificently thorough catalogue entries and witty correspondence in the curatorial files. 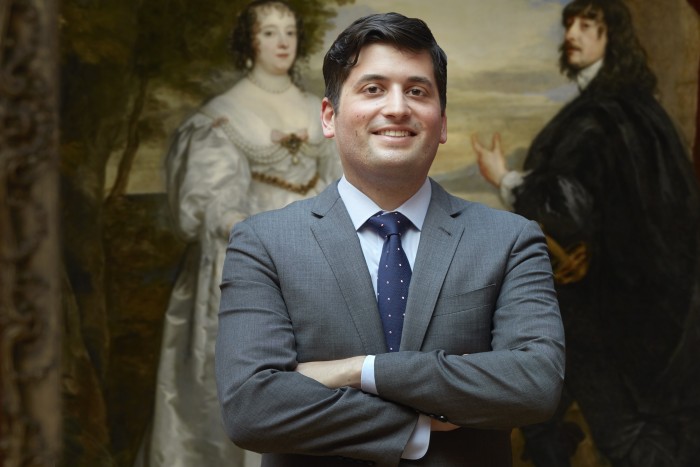 My route to Dutch and Flemish art was a circuitous one, although for as long as I can remember, I have had a taste for “Northern” things—whether Old Norse myths or cold weather. As a child, I often visited Washington’s National Gallery on field trips or with my parents. I was particularly fascinated by Rubens’s painting of the Genoese marchioness Brigida Spinola-Doria and kept a small reproduction of her portrait in my room. In college, my academic focus was on Germany, where I had lived briefly in high school. My coursework ranged from eighteenth-century literature to medieval sculpture, but I wrote my senior thesis on Hans Holbein the Younger’s Georg Gisze, again drawn to a compelling portrait from the past. After graduation, I worked as an assistant on an exhibition of nineteenth-century drawings for the Yale Center for British Art, and then lived for a year in Hamburg, interning for a dealer in Old Master drawings. It was not until my first year of graduate school at Columbia that a seminar on Rubens, taught by my future adviser David Freedberg, shifted my focus decisively to the Low Countries. I studied Dutch in Amsterdam and Ghent before a fellowship from the Belgian American Educational Foundation allowed me to spend a year as a visiting scholar at the Rubenianum in Antwerp. Looking out on the rain that seemed to fall every day on the garden of the Rubenshuis, I worked on a dissertation about Van Dyck and savored my immersion in the academic, artistic, and culinary riches of Belgium.

I returned to New York when the stars aligned to offer me the chance to co-curate an exhibition on Van Dyck’s portraits at the Frick Collection. The nearly three years I spent there transformed my professional life. Although I had always intended to pursue an academic career, I discovered that I loved the collaborative, public-facing aspects of museum work and the concrete satisfaction of assembling an international loan exhibition. My co-curator on the Frick show, Stijn Alsteens, was at that time curator of Northern European drawings at the Met. He has been an invaluable mentor, friend, and traveling companion, who also provided a key introduction to the museum where I would later come to work.

I’m often asked by friends outside the museum world what a typical day in the life of a curator looks like. Unfortunately, there’s no single answer to their question. While occasionally I have a whole day of uninterrupted research or writing, more often I’m in meetings, discussing, for example, the conservation of a picture or strategies for fundraising. I serve as the departmental liaison to our volunteer docents, so I may also conduct a training for them, or meet with one of the many international colleagues who pass through New York. I’ve also been fortunate to do a great deal of travel since beginning work at the Met, with courier trips taking me to Madrid, Copenhagen, and Naples.

One of my major projects at the moment concerns the impending closure of the European paintings galleries for the replacement of our skylights. The first galleries to be affected will be those containing Dutch and Flemish art, and I am currently hard at work finding alternative spaces in the museum to display the paintings under my care. 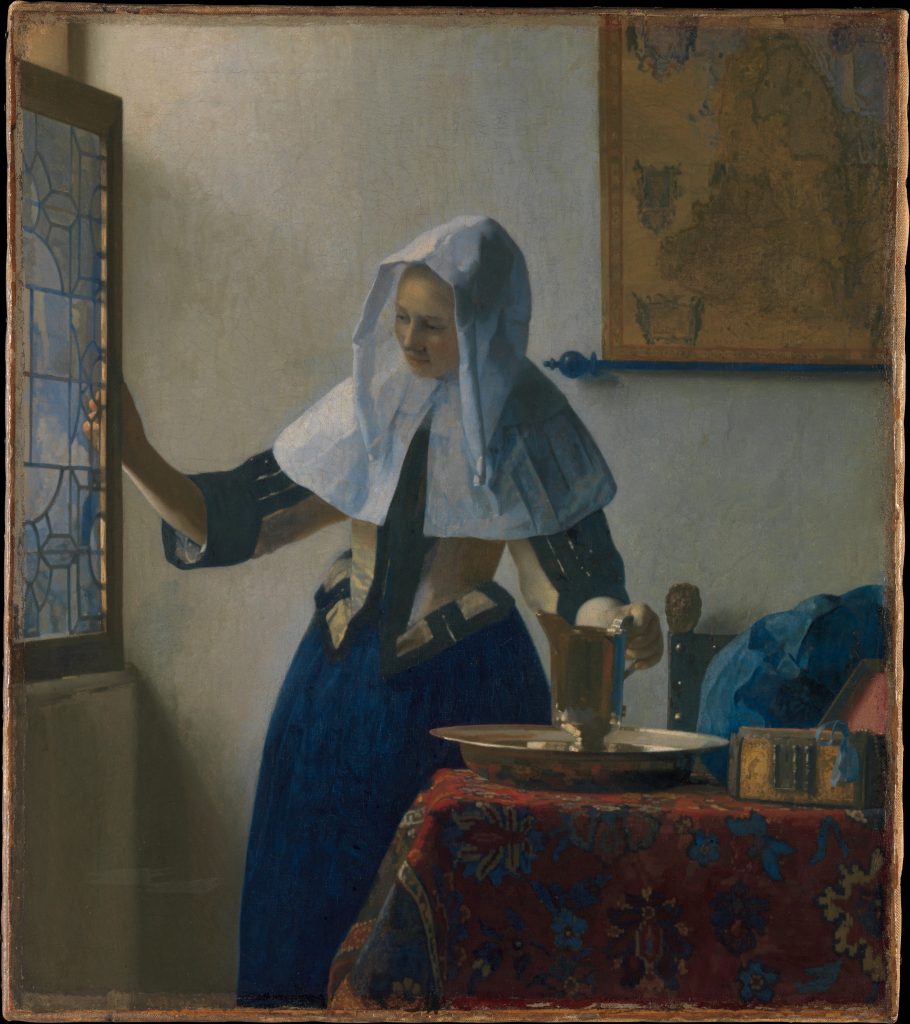 Even in a collection as rich and varied as the Met’s, Dutch and Flemish painting stands out as a gem. The museum has avidly collected in this area since its founding in 1870. New York collectors of the Gilded Age had a particular identification with Dutch art of the seventeenth century. In many cases, these collectors were themselves descendants of New York’s early Dutch settlers, and they took pride in their heritage, with its associations of entrepreneurship, exploration, and thrift. Few of the paintings contained in the museum’s “founding purchase” rank among our treasures today, but the gifts of such collectors as Benjamin Altman and Henry Marquand (who acquired the Van Dyck duke who greets me every day) soon created a collection of Dutch and Flemish art that can hold its own with any in the world. These paintings remain among the most beloved works at the museum, with the Met’s five paintings by Vermeer particularly treasured by our visitors.

As rich as our collection is, I’ve had great pleasure in temporarily expanding it with several long-term loans from private collections, among them Rubens’s sumptuous Lot and His Daughters, which sold last summer for a record price at Christie’s. Prior to its installation in our galleries, Rubens’s picture had never been shown in a museum before. I get a thrill every time I see a cluster of visitors marveling at this new arrival, wrapped up in a discussion about the artist’s technique or, perhaps, his unsettling subject matter. 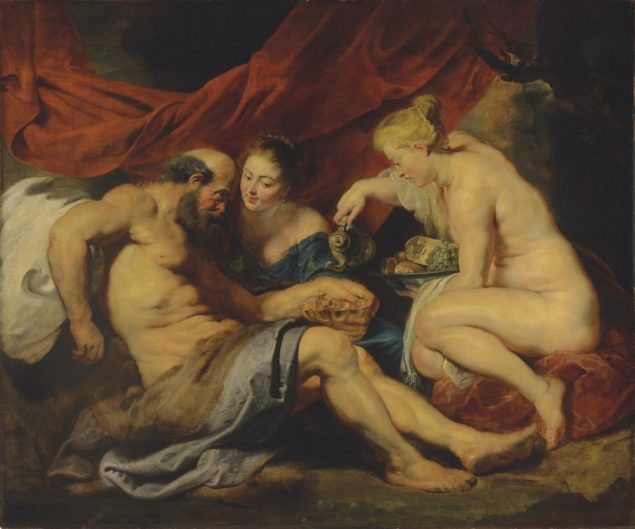 In future exhibitions, I hope to expand the definition of “Northern Baroque” painting to include my interest in English and Scandinavian painting, and to explore the global reach of Dutch culture in the seventeenth century. I also look forward to collaborating with colleagues around the world on exhibition projects and collections research. Although I haven’t yet had the chance to participate in a CODART conference, I intend to do so in the near future. As a relative newcomer to the field, I’m grateful for the rich network of colleagues that this organization provides.

Adam Eaker is Assistant Curator of European Paintings at the Metropolitan Museum of Art. He has been a Member of CODART since 2014.