Arthur K. Wheelock Jr. has served as curator of northern baroque painting at the National Gallery of Art for over forty years, and during that time he also has been Professor of Art History at the University of Maryland, a wonderful combination of museum and academic careers. He has benefitted not only from the support of his museum colleagues, but also from the insights of students, interns and assistants who have worked with him over the years. He is enormously proud of their many achievements, and delighted that so many of them are members of CODART.

When I reflect back on my career, I marvel at the many changes that have occurred in curatorial life.  When I arrived at the Gallery in 1973 as a David E. Finley Fellow, the museum, having been founded in 1941, was only 32 years old. The Gallery was a relatively quiet institution, although its dynamics were changing due to the leadership of its new director, J. Carter Brown. The collection of Dutch and Flemish paintings was then largely concentrated on the works of Rembrandt, Frans Hals, Aelbert Cuyp, and Anthony van Dyck, thanks to the generosity of the Mellon and Widener families, with a few other masterpieces donated by other donors, including the Kress Collection.  While significant in quality, the collection was actually rather small, consisting of 72 Dutch and 35 Flemish paintings. 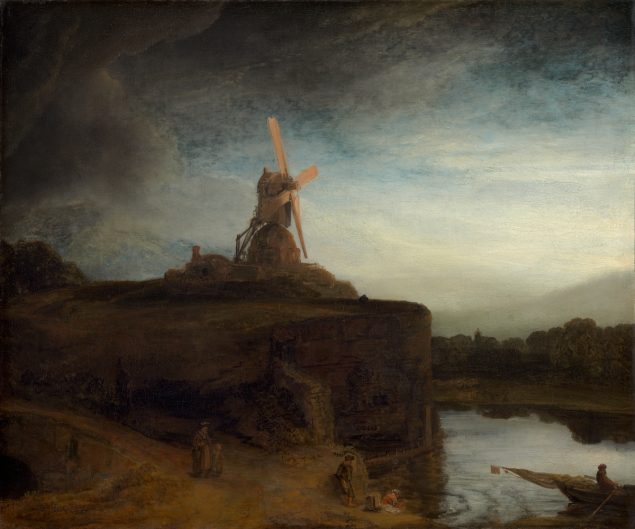 During my six-month residency as a Finley Fellow in 1973-74, Bob de Vries, former director of the Mauritshuis, was the visiting “Kress Professor.” He was a great mentor, and we initiated two projects that played important roles in my life: studying the Gallery’s Vermeer and Rembrandt paintings. We took the Vermeer paintings to the recently established conservation laboratory to assess their condition, techniques, and attribution, and we also travelled to other museums to study their Vermeer paintings.  The manuscript I wrote about those experiences has formed the basis of much of my subsequent Vermeer research. The early 1970s were a period of great turmoil in Rembrandt studies. The Gallery’s Rembrandts were covered with discolored varnish and difficult to assess because the galleries were dimly lit. To study these paintings, we took strong lights and ladders into the galleries, and we were sometimes accompanied by Seymour Slive and Egbert Haverkamp-Begemann, who jointly served as advisors to this project.

My fellowship ended in the spring of 1974, at which time the Gallery asked me to stay on as a research curator to continue the Rembrandt project. A year later the Gallery opened a curatorial position for the Dutch and Flemish paintings, for which I was hired. At the same time I joined the art history department at the University of Maryland as an Assistant Professor. Much of my early curatorial career at the Gallery was devoted to filling files and learning about the collection. I also helped develop a conservation program for the Dutch paintings, particularly the Rembrandts, in hopes that

technical examinations and conservation treatments would help resolve some of the attribution questions swirling around these works (among others, Rembrandt’s The Mill). 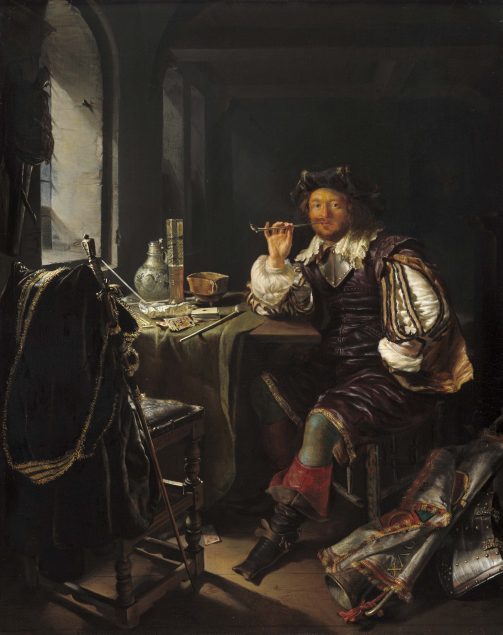 In 1995, when I had finished the systematic catalogue of the Gallery’s Dutch paintings, a large number of the works had been restored and almost twenty paintings had been added to the collection.  The Dutch catalogue went out of print in 2006, but, thanks to a grant from the Getty, we were able to publish a revised and updated online catalogue in 2014.  Learning how to move into the digital age was a complex process, and it required years of work from a dedicated team of museum professionals to make this transition. The hard work paid off, and the catalogue received the 2014 George Wittenborn Memorial Book Award as the best art publication in the United States.  We continue to amend this catalogue when new information becomes available, when paintings are conserved, or when entries on new acquisitions are completed.  We have also created videos and other digital features to complement the written text.

Paralleling my work on the Dutch paintings were efforts to expand the character of the Flemish collection, which was heavily weighted towards works by Anthony van Dyck.  The collection of Rubens painting, anchored by Daniel and the Lions’ Den, was good, but it reached another level in the 1990s with the acquisition of two important works by that master, Rubens’s early masterpiece, The Fall of Phaeton, and David and Abigail, a lovely oil sketch from around 1630.  We were also able to make acquisitions of paintings by artists not previously represented in the collection, among them Jan Brueghel, Adriaen Brouwer, and Frans Snyders.

Prior to our large Van Dyck exhibition in 1990, I was particularly engaged in Van Dyck studies, and, in anticipation of that show, the Gallery restored over ten of that artist’s masterpieces in its remarkable collection.  Research and writing for that catalogue provided me an excellent foundation for my next major project, which was to write a catalogue of the National Gallery’s Flemish paintings.  In conjunction with that project, which occupied much of my time in the late 1990s, we continued our conservation projects related to paintings by Rubens and Van Dyck. By 2003, when we published the Flemish catalogue, most of the Gallery’s paintings by those masters had been conserved. 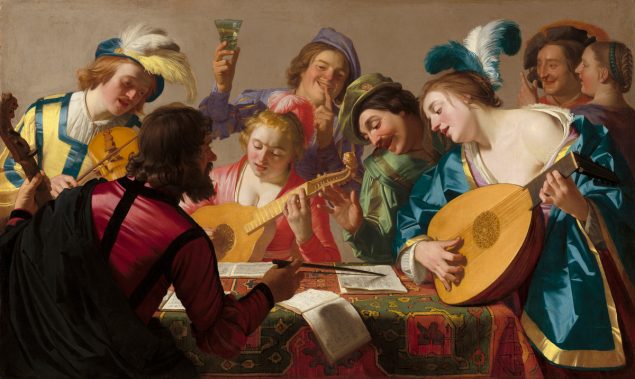 Exhibitions have been an important focus during my career, and I have helped mount over 40 exhibitions of Dutch and Flemish paintings at the National Gallery. Many of these were organized in collaboration with other museums in the

United States and Europe, as with Gods, Saints and Heroes, which we organized in 1980 with Detroit and the Rijksmuseum.  Among the other major exhibitions I have curated at the Gallery are: Anthony van Dyck (1990); Johannes Vermeer (1995); Jan Steen (1996); Aelbert Cuyp (2001); Gerard ter Borch (2004); Rembrandt’s Late Religious Portraits (2005); Jan Lievens (2008); Dutch Cityscapes (2009); and Joachim Wtewael (2015).  These exhibitions would not have been successful without the close personal contacts and collaborations I have enjoyed with colleagues from other museums and universities.

I am currently planning other exhibitions, including From Drawings to Paintings in the Age of Rembrandt, which the Gallery is organizing with Fondation Custodia, Paris. This fascinating exhibition, which examines the interrelationship of Dutch drawings and paintings, will be presented at the Gallery in the fall of 2016 and in Paris in the spring of 2017. The concept of the show owes much to Peter Schatborn, but it is a truly collaborative effort with contributors from both sides of the Atlantic.  Another upcoming exhibition focuses on the relationships that existed among Dutch high-life genre painters, among them Vermeer, Ter Borch, Dou, Van Mieris, Steen, Metsu, and De Hooch.  This show, which owes its inspiration to Adriaan Waiboer, will open at the Louvre in the spring of 2017 before travelling to Dublin and Washington. 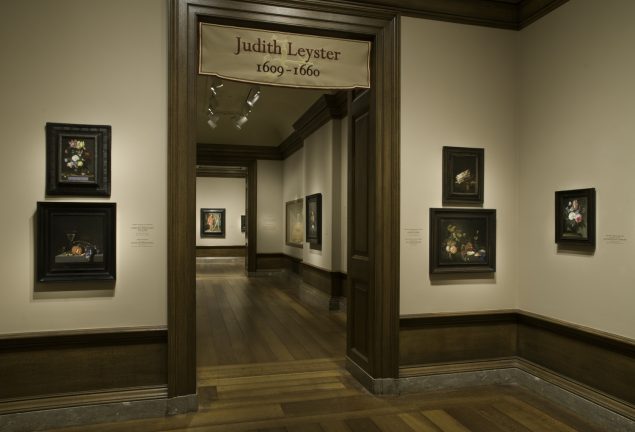 As mentioned above, an incredibly rewarding aspect of my curatorial life has been the opportunity to make acquisitions of paintings that help enrich and expand the character of the Gallery’s outstanding collection of Dutch and Flemish paintings, which is now more than double the size it was in the early 1970s. Some of these were acquired with funds donated to the Gallery by private individuals, while others were gifts. The construction of the Dutch and Flemish Cabinet Galleries in 1995 provided us the opportunity to acquire and display small-scale works, including still lifes, portraits and genre scenes, but also to mount small-scale exhibitions.  In addition, in recent years we have also acquired important biblical and mythological scenes and Italianate paintings, types of paintings that were outside the canon of works collected by Mellon and Widener.  Dutch Caravaggism was also absent from the Gallery’s collection, and, hence, the recent acquisitions of Hendrick ter Brugghen’s The Bagpipe Player, 1624, and Gerrit van Honthorst’s The Concert, 1623, have helped to add an entirely new dimension to the presentation of Dutch art at the Gallery.

This past year have seen a number of other welcome acquisitions, including paintings by Rembrandt, Cuyp, Van Goyen, Steen, Ter Borch, and Dou that have come to the Gallery from Washington’s Corcoran Gallery of Art after that institution closed in the fall of 2015. The most significant recent acquisitions, however, are two spectacular genre scenes that came to the Gallery thanks to the generosity of Lee and Julie Folger/The Folger Fund.  The first of these is Jacob Ochtervelt’s A Nurse and a Child in the Foyer of an Elegant Townhouse, 1663, arguably Ochtervelt’s finest painting. In this work Ochtervelt masterfully contrasts the privileged world of the patrician family with the uncertainties of the life of the poor. The second acquisition is Frans van Mieris’s beautifully refined Soldier Smoking a Pipe, c. 1657. The soldier is most likely a member of the Leiden militia company, if one judges from the trumpet, banner and armor on the floor, although his knowing gaze, paired with the deck of cards, half glass of beer, and empty chair, invite the viewer to imagine a humorous, if unexplained, storyline. 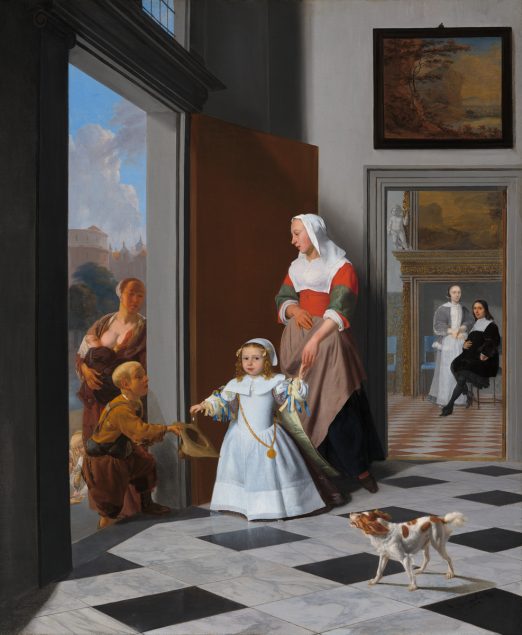 Jacob Ochtervelt, A Nurse and a Child in an Elegant Foyer, 1663

Over the years I have been fortunate to have received a

number of honors, including being named Knight Officer in the Order of Orange-Nassau by the Dutch government and Commander in the Order of Leopold I by the Belgian government. Other awards include the College Art Association’s Award for Distinction in Scholarship and Conservation; the Johannes Vermeer Prize for Outstanding Achievement in Dutch Art; and the Dutch-American Achievement Award, presented by The Netherlands American Amity Trust. In 2008 the University of Maryland created a doctoral fellowship in my name. In 2015 I received a lifetime achievement award from my alma mater, Williams College.

It has been a great privilege to have been able to spend my entire career at the National Gallery, and I relish the excitement of discovery that regularly comes my way.  Much of the enjoyment comes from the close relationships I have

with colleagues from around the world, many of which are strengthened through CODART.  Without question, the network of friends and ideas that CODART encourages is one of its great contributions to our field.

Arthur K. Wheelock Jr. is Curator of Northern Baroque painting at the National Gallery of Art. He has been a member of CODART since 1998.