The Cleveland Museum of Art (CMA) purchased seventeen Dutch drawings. The acquisition greatly enhances the CMA’s collection of Netherlandish works on paper and allows the museum more fully to represent the variety of subject matter and styles during this prosperous period in Dutch history.

The group of drawings, dating from 1600 to 1710, includes natural history scenes, portraiture, genre subjects, figure studies and historical and biblical subjects made in both urban and courtly contexts.

The works will be featured in a spring 2021 exhibition with an accompanying catalogue highlighting new research on these drawings.

Highlights among the drawings include a figure study by Jacques de Gheyn, a key draftsman from the early 1600s. A young nude male—one of the artist’s frequent models—is drawn from life in various poses. The drawing exemplifies De Gheyn’s astonishing talent through the careful modeling of the youth’s body in two colors of chalk on gray-blue paper. This and a handful of related works by the artist in collections such as the Rijksmuseum, Amsterdam, and the Musées Royaux des Beaux-Arts, Brussels, are among the earliest known Dutch drawings of posed nude models. A portrait by artist Johannes Thopas is the first Dutch portrait drawing to enter the collection and is among only 60 works known by the artist. Using a combination of lead point and ink, Thopas achieved remarkable tonal subtlety in this image of a well-dressed woman holding a flower in front of an elaborate neoclassical garden. 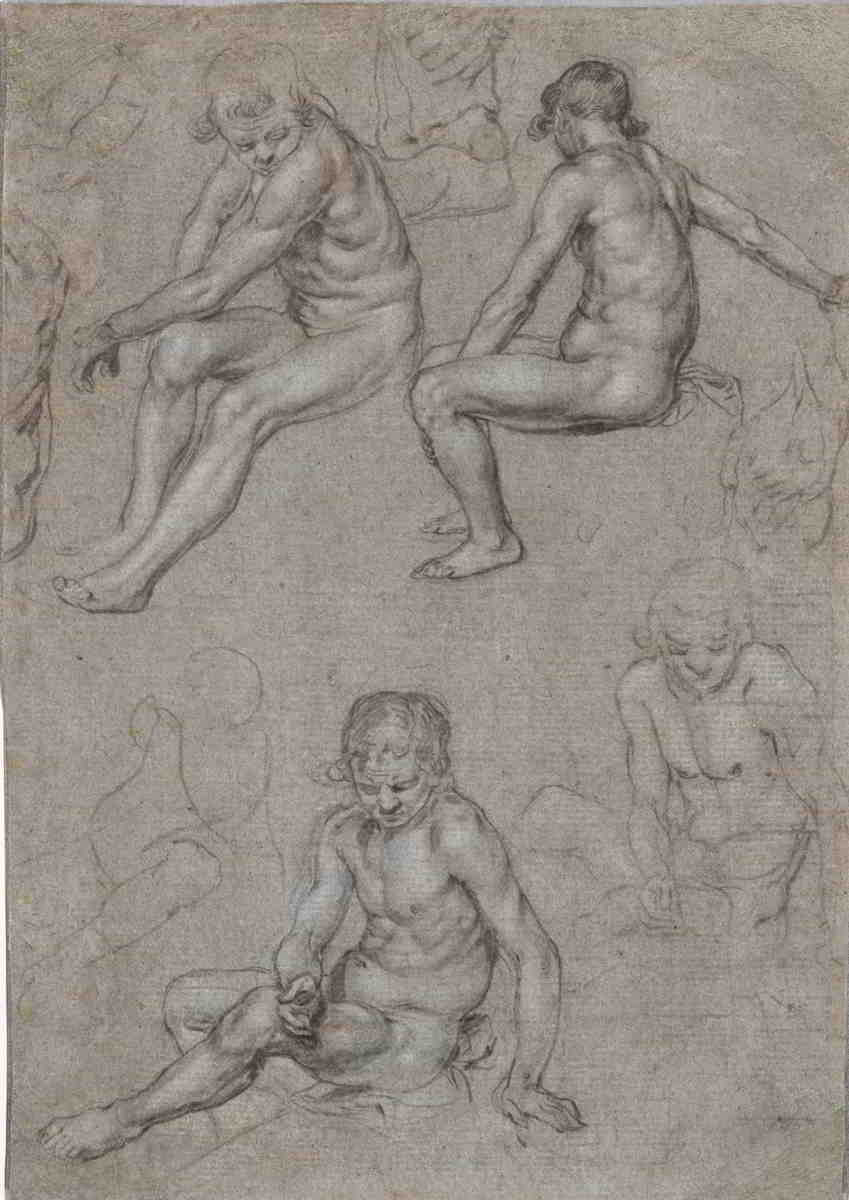 The most significant of the four natural history drawings is a watercolor on vellum depicting the metamorphosis of a caterpillar with morning glories by Maria Sibylla Merian, in which the artist demonstrates her unsurpassed skill in miniature painting. Merian was one of the most important entomologists of the 1600s, cultivating hundreds of her own caterpillars so that she could accurately understand their stages of transformation. She demonstrates her skill and knowledge in this portrayal of the life cycle of the magnificent European pink-spotted hawk moth.

The emergence of the subject matter of everyday life—known as genre—in the Netherlands coincided with the rise of the urban middle class, with whom the style was particularly popular. Three drawings depicting genre scenes add new subject matter to the collection. The most significant is a lively sketch by Gerrit van Honthorst, a Utrecht Caravaggista, which was once part of an album of compositional types that the artist showed to prospective patrons. Although the cheerful theme of a man and a woman sharing a song seems innocent, such compositions often had amorous connotations in 17th-century Holland. 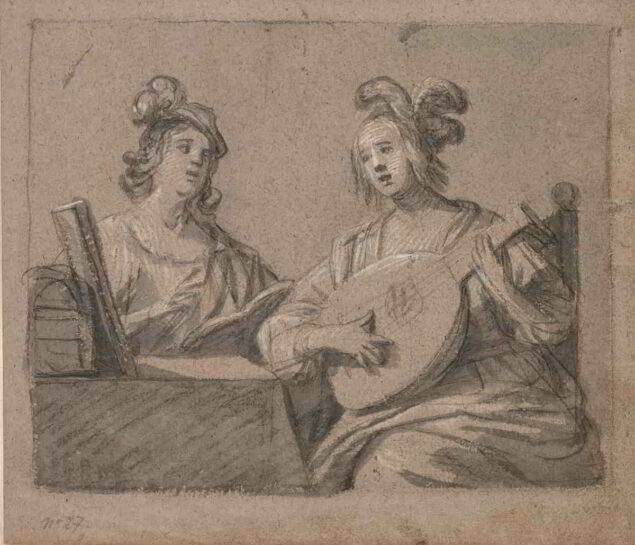