Joop van Coevorden passed away on Monday, April 15th, after a battle lost to lung cancer. He was 82 years old. For nearly forty years Joop’s publishing company, Davaco (named after his first-born son, David van Coevorden), dominated the field of monographic publications devoted to Dutch artists. This writer is proud to say that the first monograph published by Davaco was his own, Frans van Mieris the Elder, published in two volumes in 1981. This was rapidly followed by Albert Blankert’s Ferdinand Bol in 1982, and Walter Liedtke’s Architectural Paintings in Delft in 1984. The latter seems by its title to be the only non-monograph published in the series, which was called Aetas Aurea, but it is actually a monographic study of three artists, Gerard Houckgeest, Hendrick van Vliet and Emanuel de Witte, and it has not been surpassed during the ensuing thirty-five years. 1984 saw the publication of George Keyes’ Esaias van de Velde, followed two years later by Anne Lowenthal’s Joachim Wtewael. In the late 1980s a spate of books was issued by Davaco, including Laurie Harwood’s Adam Pynacker, Hendrik Horn’s Jan Cornelisz. Vermeyen and Frima Fox Hofrichter’s Judith Leyster, all appeared in the same year (1989). Six books followed in the 1990s: Jan van Kessel by Alice Davies (1992); Abraham Bloemaert by Marcel Roethlisberger (1993); Aert de Gelder by J. W. von Moltke (1994), Michael Sweerts by Rolf Kultzen (1996); Cornelis Cornelisz. Van Haarlem by Pieter van Thiel (1999); and Gerrit van Honthorst by J. Richard Judson and R. E. O. Ekkart (1999). 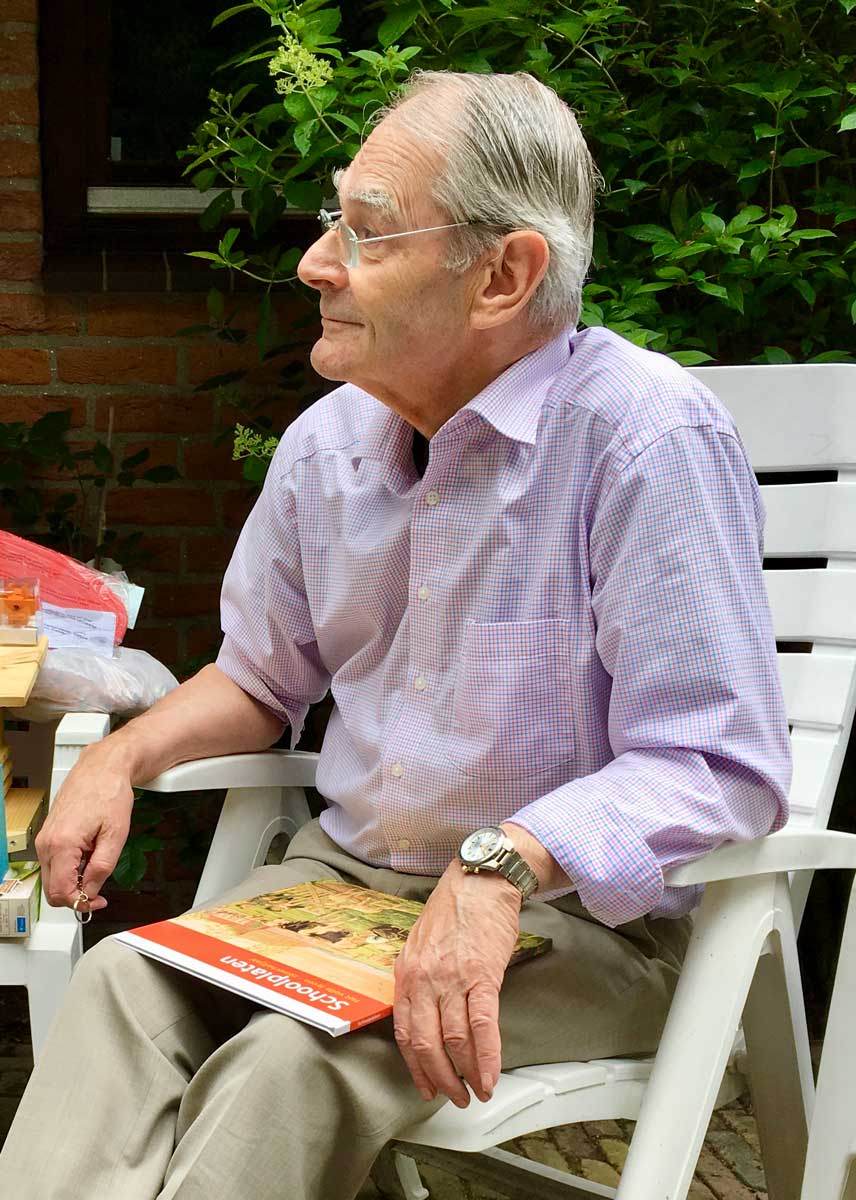 Joop did not slow down in the twenty-first century, even though he made several attempts to retire. In 2001 both Allart van Everdingen (Alice Davies and F. Duparc) and Caesar van Everdingen (Paul Huys Janssen) appeared, followed by Aert van der Neer (Wolfgang Schultz) and Caspar Netscher (Marjorie Wieseman) the next year. The reader might be amused to know that Joop wondered whether or not Netscher was an artist who would fit the mold of Aetas Aurea, but he was readily persuaded to accept the challenge and to take the risk of including this worthy painter in the series.

Lest one think of Davaco Press as strictly a publisher of full-scale monographic studies with catalogue raisonnés on exclusively Dutch artists, one must recall the monumental book, simply titled Liotard, which appeared in two lavish volumes with 1380 pages and many excellent color plates (Marcel Roethlisberger and Renée Loche, 2008); or in a completely different direction, the two essays by Laurens Bol issued in book form and devoted to Aart Schouman (1991) and Adriaen van de Venne (1989). These studies eventually prompted a new series that Joop entitled Ars Picturae (I proposed the series title “Great Minor Masters,” which Joop hated for good reason). This series was short-lived, but it produced excellent studies on Jacob Duck (Nanette Salomon, 1998), Ludolf de Jongh (Roland Fleischer, 1989) and Quirin van Brekelenkam (Angelika Lasius, 1992). Another example of Davaco’s reach outside of the box of monographic studies is the monumental publication of Karel van Mander: The Lives of the Illustrious Netherlandish and German Painters, with commentary by Hessel Miedema, published in six volumes between 1994 and 1999. This was followed by Hendrik Horn’s excellent intellectual study of Arnold Houbraken and His Great Theatre of Netherlandish Painters and Paintresses in two volumes in 2000. This is actually the book’s subtitle; in perhaps Joop’s sole concession to the world of popular publishing, he agreed to the title of The Golden Age Revisited. Joop wanted beautiful books, but he stayed as far away from the coffee table book and blatant commercialism as one could get. Jack Horn is now translating Houbraken in full, a major lacuna in the field, and Davaco would have been the ideal publisher of this upcoming study. Alas, this will not be the case, although undoubtedly a good publisher or on-line venue will be found.

Joop’s business of publishing art books is rightly regarded by many as a thankless task, fraught with risk and little return. Yet Joop labored ceaselessly to create art books of consistently high quality. Few people know that Joop transitioned from the antiquarian book trade to art publisher, but his principles of work remained the same: to always seek quality. He once jokingly said to this author “You know, you can tell a book by its cover.” By this he was referring to his ability to spot a gem in a pile of rubbish, in his endless task of searching through hundreds of old books to spot a valuable tome. He wanted to impart this same sense of quality to his own productions, and this he did superbly. Gary Schwartz perhaps sums it up best, when he wrote recently of Joop: “He had a simple and justified belief in the ongoing importance of monograph-catalogues raisonnés, and always found a way to bring out a good one on a good artist. He had respect for his authors and saw to it that his publications were well translated, well edited and well produced, with no frills but with solid quality.”

Joop’s dedication to excellence can be encapsulated in a story told to this writer by a longtime mutual friend, the late Egbert Haverkamp-Begemann. Egbert relayed that Joop’s earliest venture in publishing was to produce a high quality facsimile of Franciscus Junius’ The Paintings of the Ancients in its rare, first edition of 1637, which was in Latin (Pictura Veterum). When Joop learned that buyers of the facsimile were almost non-existent, probably because the book appeared in English in 1638 and Dutch in 1641, he destroyed the entire run, rather than to ship it off to the remainder market, which he distained. In fact, not a single one of the twenty-four books in the Aetas Aurea series was ever sold off to a discount vendor; surprisingly, each volume remains in print to this day. Surely, this stands as a testament to Joop’s determination for quality and for his refusal to degrade his excellent product. Would that all publishers follow in his footsteps!

This obituary is devoted to Joop’s life in the business of publishing, but one should be presented with at least a glance into the human side of the man, even though he was intensely private. He was certainly a hands-on publisher, doing everything from typesetting to distribution, and he must have loved his work. If he didn’t, he never complained to me, other than saying “I must retire.” several times when we met at Maastricht every year. When I came to tie up loose ends of my book in 1981, I stayed with Joop and Ine, as well as their two young sons, David and Philip. Joop was thrilled when I enlisted the help of these young children (then 10 and 13 years old), in compiling the index. I would read and edit the text, making index cards with names on them, and they would place them in alphabetical order all around the living room, while Joop typeset the text and his wife skillfully edited; finally, she would prepare dinner for all of us. It was a family assembly line, which delighted Joop. I believe it was not long after that, perhaps when I was leaving Doornspijk after that initial visit, when I told Joop of the American expression “See you later, alligator.” For years after that, Joop would sign his letters to me, and eventually his faxes, with the salutation “Yours, Alligator”.