The National Gallery of Art in Washington has recently acquired its first work by one of the great still-life painters of the Dutch Golden Age, Jan van de Velde III (1620–1662), who specialized in intimate compositions of everyday objects. Signed “Jan van de.Velde. fecit” on the table and dated 1650 on the belly of the jug, Still Life with Stoneware Jug and Pipe is the Gallery’s first tabakje (tobacco still life)—a popular motif in the seventeenth century, when tobacco was introduced in the Dutch Republic and imported from abroad. Acquired through the generous support of The Lee and Juliet Folger Fund, the painting complements works by other Haarlem artists in the Gallery’s collection who inspired Van de Velde, including Pieter Claesz, Willem Claesz Heda, and Gerret Willemsz Heda.

Born in Haarlem, Van de Velde was the grandson of the master calligrapher Jan van de Velde the Elder, grandnephew of the famous landscape and merry company painter Esaias van de Velde, and son of Jan van de Velde the Younger, who was well known for his picturesque etchings of Haarlem and its surrounding environment. It is possible Van de Velde studied with his father, although nothing is definitively known about his training.

A masterpiece in gray and earth tones, Still Life with Stoneware Jug and Pipe is an exquisite example of the approximately 40 paintings Van de Velde executed during his short career. A stoneware wine jug emblazoned with the crest of Amsterdam is surrounded by a long clay Gouda pipe, a paper wrapper filled with tobacco, and an earthenware brazier whose broken sides reveal embers of glowing peat within. Van de Velde imbued these simple objects with a compelling presence by arranging them in a solid, pyramidal form; placing the viewer at a close and relatively low vantage point; and silhouetting their shapes against a subtly gradated background. From the discarded embers of the pipe, a delicate wisp of smoke trails upward, enlivening the image with a sense of movement that underscores the tranquility of this majestic small-scale work. 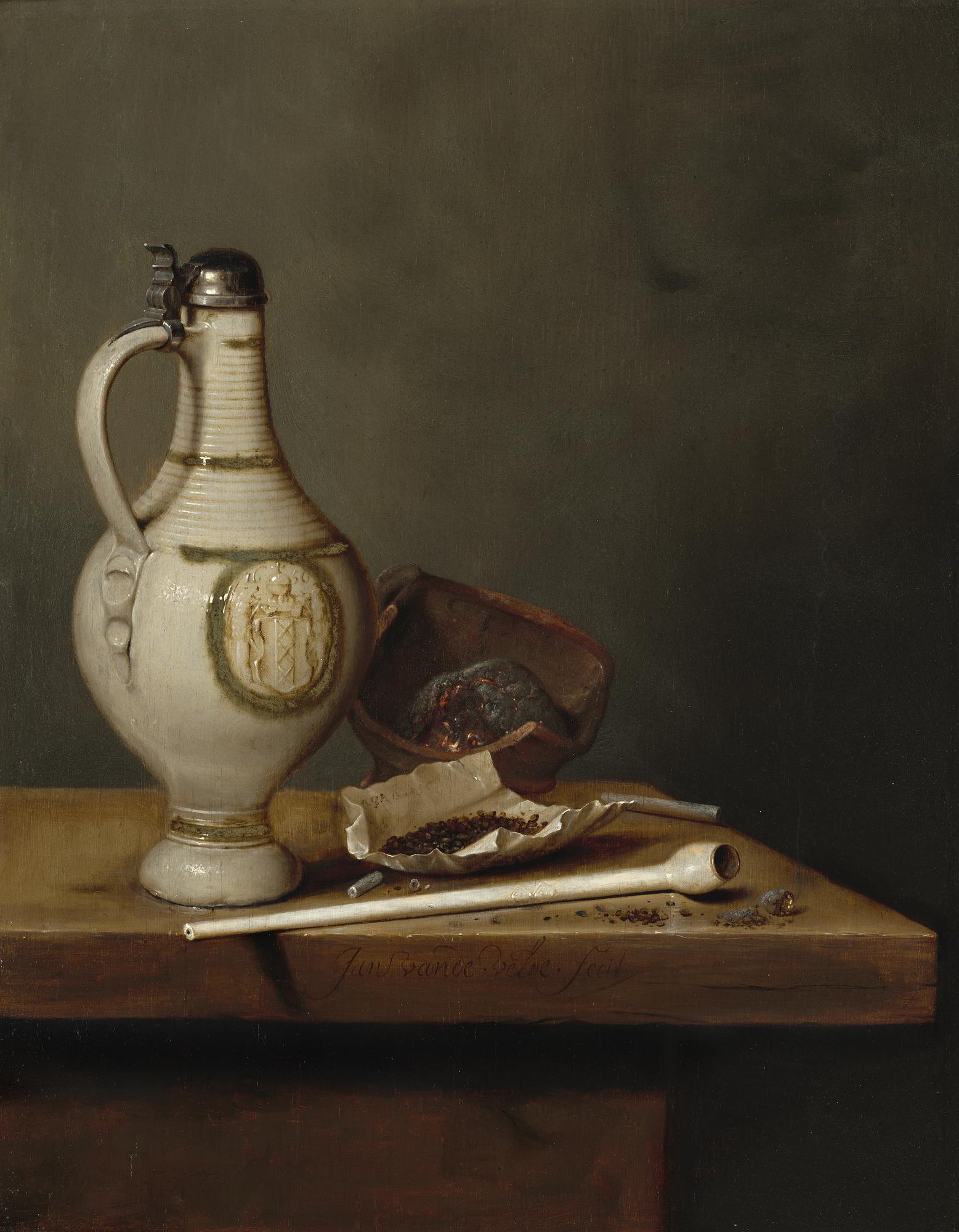