After acquiring Saint Veronica with the Sudarium by the Bruges Master of the Legend of Saint Ursula earlier this year, Musea Brugge has added another early work to its core collection of Flemish Primitives. The panel was painted by a follower of Jan Van Eyck and was part of a British collection.

Paintings that can be directly linked to Jan Van Eyck’s workshop are very rarely offered for sale, which is why the City of Bruges and the museum management are delighted about this important addition to the collection. In the run-up to the Van Eyck year in 2020, the city and its museums are also able to offer art lovers and visitors another magnificent reason to visit Bruges.

Dendrochronological analysis suggests that the oak support dates from 1387. The panel itself was probably only painted during the second decade of the fifteenth century, i.e., during Van Eyck’s lifetime, or shortly after his death in 1441. 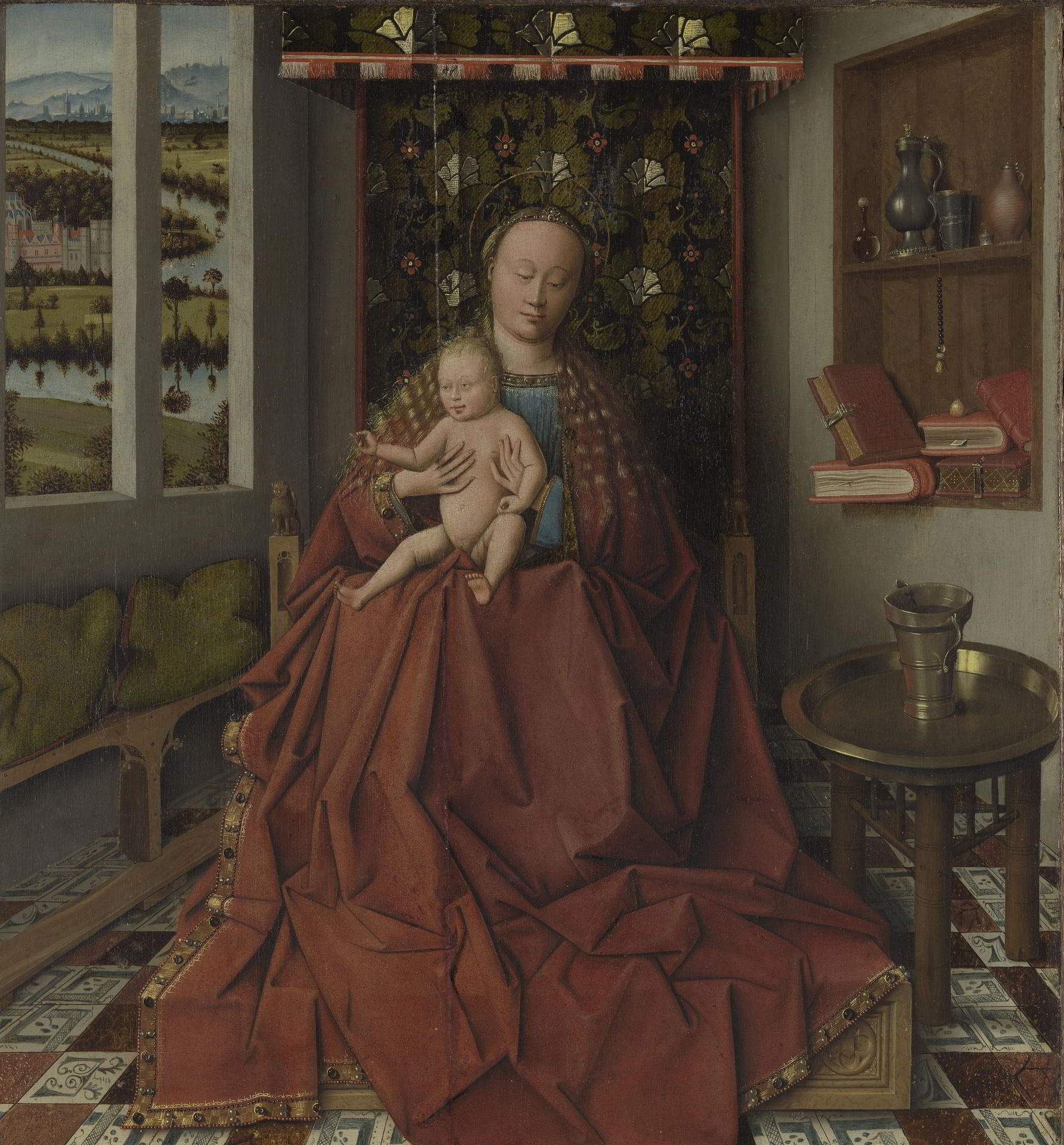 The painting represents the Virgin and Child enthroned in a room. The anonymous painter combined elements from various works by Van Eyck and his workshop in his compositional arrangement. We can therefore assume that he had access to the workshop drawings of the Bruges master and that he may even have been employed as a painter in his workshop for some time.

It is not clear who commissioned this panel painting and for which purpose it was originally created. In all likelihood, the painting was originally intended as a decorative altarpiece to be used for private devotion. Its earliest known owner was Lucien Bonaparte, Napoleon’s brother, who sold it in 1816.

The municipal council of Bruges recently approved the acquisition. The official export license has since been issued and the panel painting is currently undergoing a thorough investigation in Bruges. The painting will be included in the exhibition Jan van Eyck in Bruges, which will run in the Groeningemuseum from 12 March 2020.