Detail of the short wavelength infrared reflectance (SWIR) image of The Milkmaid (colors are not true).

Recent research into Vermeer’s The Milkmaid have brought to light two objects on the world-famous painting: a jug holder and a fire basket. The artist himself later painted over the objects. The most recent scans also uncovered what is clearly an underpainting, suggesting that the master worked much faster than previously assumed. These new findings follow a very recent announcement by the National Gallery of Art in which similar discoveries were made after technical examination of the Vermeer paintings in Washington.

In the run-up to the Rijksmuseum’s major Vermeer exhibition in 2023, a team of conservators, restorers and scientists from the museum have been collaborating closely with colleagues from the Mauritshuis to conduct research into Vermeer’s paintings, including The Milkmaid. The techniques used for this investigation include the advanced Macro-XRF and RIS scanning technologies that were recently part of Operation Night Watch, the major project devoted to the research and restoration of The Night Watch by Rembrandt. 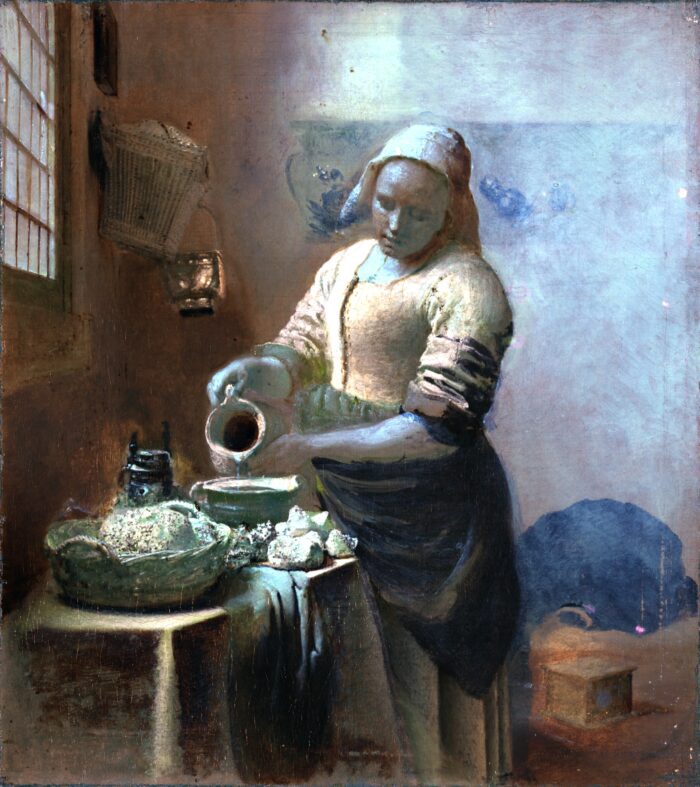 Short wavelength infrared reflectance (SWIR) image of The Milkmaid (colors are not true). 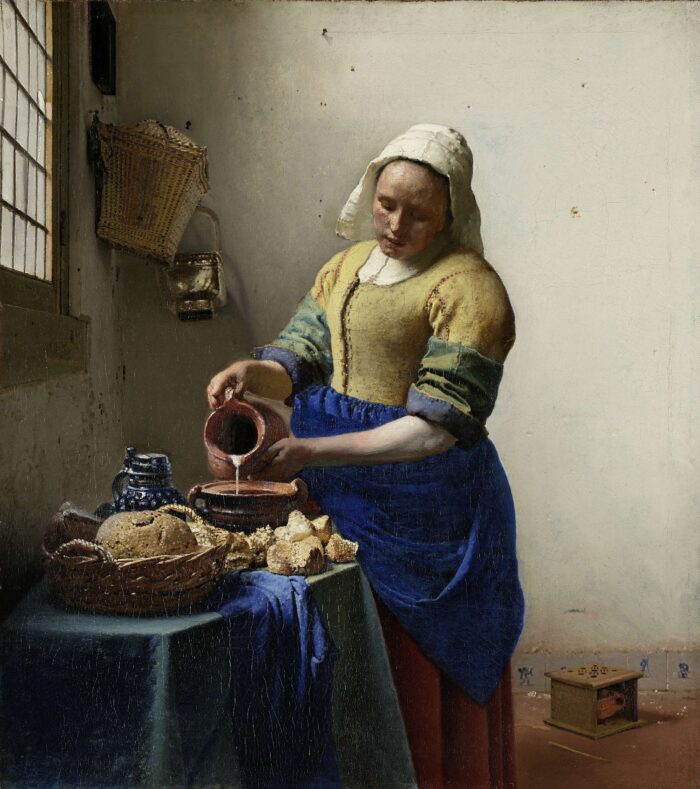 These state-of-the-art technologies have revealed what is clearly an underpainting on The Milkmaid. This discovery sheds entirely new light on Vermeer’s methods. The general assumption was that the artist produced his small oeuvre very slowly, and always worked with extreme precision. This view is now being revised. A hastily applied thick line of black paint can be seen beneath the milkmaid’s left arm. This sketch shows clearly that Vermeer first quickly painted the scene in light and dark tones before developing the detail. 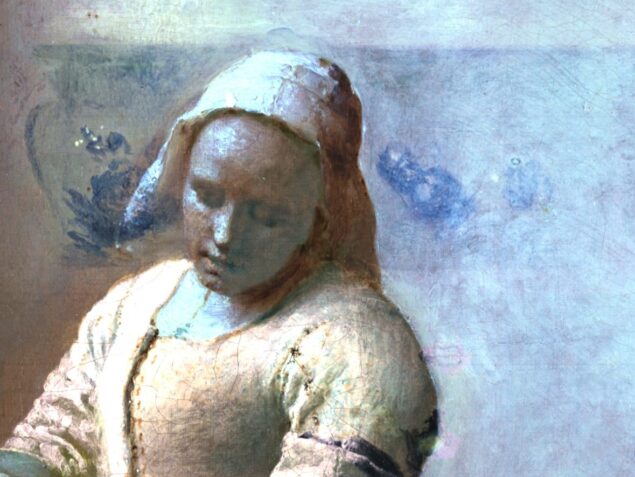 Detail of the SWIR image of The Milkmaid with the jug holder clearly visible.

A similar preliminary sketch in black paint can be seen on the wall behind the young woman’s head. By comparing the results produced using the latest research techniques, it has now become clear that Vermeer used black paint to sketch a jug holder and several jugs, but didn’t develop them any further. The jug holder, a plank of wood with nobs attached, was used in seventeenth-century kitchens for hanging up multiple ceramic jugs by the handle. A pantry in Vermeer’s own home contained a similar item, and a miniature version of just such a jug holder can be found elsewhere in the Rijksmuseum, in Petronella Oortman’s dolls’ house (ca. 1690). 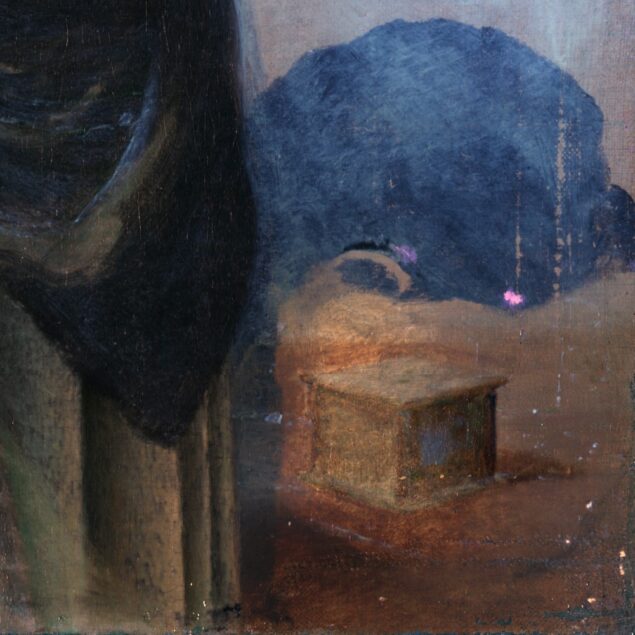 Detail of the SWIR image of The Milkmaid with the fire basket.

The recent research has yielded images in significantly higher detail than before. This has enabled scientists to identify the previously discovered basket, at the lower right of the painting, as a so-called ‘fire basket’. Woven from willow stems, or withies, this type of basket was a standard household item for young families. A fire bowl containing glowing coals was placed in the basket to keep new-borns warm and to dry nappies. Seventeenth-century archival material including Vermeer’s own estate inventory reveals that just such an item stood in his house, home to his family of numerous children. In the painting, Vermeer later covered over the fire basket with the foot stove, Delftware tiles, and the floor.

All photographs are from the Rijksmuseum.