Museum De Lakenhal released a statement about the recently discovered painting that can be attributed to Rembrandt. The discovery was published in the Dutch newspaper De Volkskrant on 14 September. Meta Knol, the director of the museum said “We confirm the agreement to present this painting to the public for the first time as part of the Young Rembrandt exhibition. The exhibition shows works by the young Rembrandt from the period 1624–1634 and is on display in Leiden from 3 November 2019 to 9 February 2020. We aim to highlight the interesting as well as complex art historical story of the attribution to Rembrandt, the restoration history and all substantive aspects of the work in as transparent a way as possible, and to share it with the public.”

Let the Children Come to Me

According to De Volkskrant, art dealer Jan Six noticed the painting at a German auction house in 2014 where it was listed as a mid-seventeenth-century ‘Niederländischer Meister’. Let the Children Come to Me seems to include a self-portrait of the young Rembrandt and a portrait of his mother. The painting, which is currently being restored, is the second Rembrandt that was discovered this year after Portrait of a Young Gentleman was re-attributed in May (see our news item). 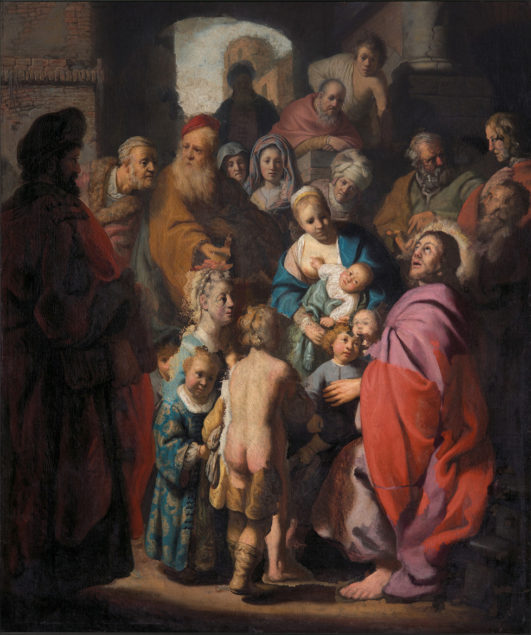