We are pleased to announce that Adam Eaker (Assistant Curator at the Metropolitan Museum of Art, New York), Marjan Debaene (Head of Collections at M Leuven) and Micha Leeflang (Curator of Medieval Art at Museum Catharijneconvent, Utrecht) have joined the CODART program committee.

We look forward to having the Metropolitan Museum of Art represented on the committee and we expect that Adam Eaker’s involvement will result in a better representation of the American museums and curators in our network. Adam is a specialist in Northern European and British painting of the sixteenth through the eighteenth century. 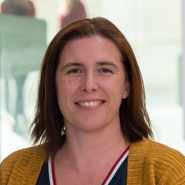 With Marjan Debaene we again welcome a Flemish member to the committee. Marjan is a specialist in Early netherlandish and Brabantine and works at M Leuven, the Belgian center of expertise for medieval sculpture. She recently curated Borman and Sons at M Leuven, the first retrospective exhibition about this master woodcarver and his family. 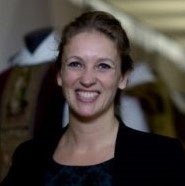 Micha Leeflang specializes in the arts and culture of the middle ages and her expertise will help further strengthen the position of this early period in the CODART network. She has organized exhibitions on diverse topics from this period, such as altarpieces from Norway and Catalonia in North & South and miniatures from the Southern Netherlands in Magical Miniatures.

The new members succeed Matthias Ubl and Valérie Herremans. We are grateful to Matthias and Valérie for their enthusiasm and engagement over the past years, and thank them for their time and dedication.

Members of the program committee are chosen to represent the members of the CODART network and their various fields of expertise. The committee devises the theme and program of CODART congresses and focus meetings, and functions as think-tank of CODART. In addition, they may also be consulted for the admission of new members.

For more information on the program committee and other committees, see this page.