Within a week St. Petersburg lost two of its icons in Netherlandish art history. Nikolay Nikolayevich Nikulin and Irina Linnik both worked in the State Hermitage Museum and were specialists in Dutch art.

Dr. Irina Linnik passed away on 23 March 2009, at the age of 86. She worked as curator of the department of Western European art of The State Hermitage Museum for many years. She was considered a leading specialist in Western European painting.

In 1946 she graduated from the faculty of history (dept. of medieval history) of Leningrad University, after which she started her working life in the State Hermitage Museum. She remained closely connected with the museum for the rest of her life. Dr. Irina Linnik was the author of countless exhibitions catalogues, scientific articles and a number of monographs. Her best known publication in the West is the book Dutch Paintings in the Soviet Museums, which she wrote in collaboration with Dr. Yury Kuznetsov. This was in fact the first publication of a great number of previously unknown Dutch paintings in the collections of Russian museums.

For the Russian art historians she remains known predominantly as the author of the model monograph Dutch Seventeenth-century Paintings and the Problems of Attribution. Her main focus in her work was the attribution of 17th-century Western European paintings, mostly Dutch and Flemish, but Italian and French as well. According to her own count she attributed or re-attributed paintings around 250 paintings from Europe, the former USSR and America (to mention a few: Rembrandt, Govert Flinck, Frans Hals, Gerrit van Honthorst, Hendrick Goltzius, Frans Snyders). Dr. Irina Linnik was member of CODART from 1998.

Nikolay Nikolayevich Nikulin passed away on 19 March 2009. He was born on 7 April 1923. Mobilized to the Red Army in 1941, the war for him ended in Berlin in May 1945. As a soldier he saw the horrors of the siege of Leningrad in the Second World War. He graduated at the art history department of the Leningrad University in 1950, but started to work in the Hermitage museum already before that, in 1948. He held several positions within the museum, finally as curator of the Early Netherlandish Old Master paintings.

Nikulin wrote a great number of publications about Western European art from 1400-1800 and especially Netherlandish art from the 15th and 16th century. Among his publications are monographies about Jan van Eyck, Lucas van Leyden and Rogier van der Weyden. In 1989 he published the important catalogue raisonee of Netherlandish 15th and 16th century painting in the Hermitage. He was corresponding member of the Academy of Fine Arts (St Petersburg) from 1988, and shared for about 50 years his museum work with the professorship in the Department of Western art in the St. Petersburg Institute of Paintings, Sculpture and Architecture. 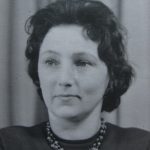 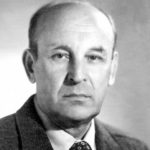