Before 1993, the Department of drawings of The Metropolitan Museum of Art had only a modest number of significant Netherlandish drawings in its collection, including major works by Peter Paul Rubens and Rembrandt, the latter given to the museum by Louisine Havemeyer in 1929. Others entered the institution in 1975 with the remarkable collection assembled by Robert Lehman, which to this day is administered by a separate department. Egbert Haverkamp-Begemann and Fritz Koreny fully catalogued Lehman’s Netherlandish drawings in 1999, and Helen B. Mules published a selection of Dutch seventeenth-century drawings from both departments in the spring issue of the museum’s Bulletin in 1985. 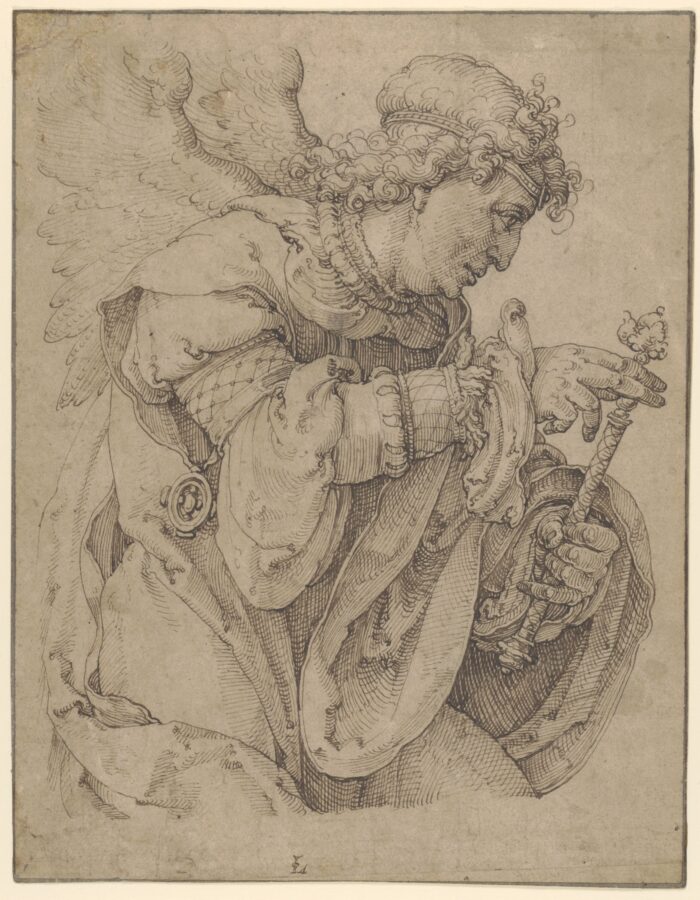 It was only after George R. Goldner’s appointment as chairman of the newly created Department of drawings and prints (which united the collections of the former Departments of drawings and of prints and illustrated books) in 1993 that the museum began collecting Northern European drawings more systematically. Naturally, this effort has been constrained by the availability of works in the market, and it may not be a coincidence that the collection is now stronger in sixteenth-century Netherlandish and seventeenth- to eighteenth-century Central European drawings than in more traditional areas, such as seventeenth-century Dutch and Flemish and early sixteenth-century German and Swiss drawings. In the last four years, the majority of the acquisitions were made in the area of German, Swiss and Austrian art, yet it was still possible to add more than 100 fifteenth- to nineteenth-century Dutch, Flemish and Belgian drawings to the collection. A complete list of these acquisitions arranged by school and century is on the CODART website.

Obviously, some of the drawings on the list are minor, but there are also important works by 16th-century artists, such as Denijs Calvaert; and one of Dirck Crabeth’s largest and most accomplished drawings; several drawings by Jacob de Gheyn II, including a sizeable sheet with studies of 11 heads; a miniature by Joris Hoefnagel, dedicated to his mother, which is the artist’s first dated independent still life; two previously unrecognized drawings by Karel van Mander; and a sheet by the Master of Liechtenstein, which is a second version of a drawing that has been present in the collection since 1963. As for the seventeenth century, recent acquisitions include a freely executed wash drawing on blue paper whose attribution alternates between Jan Asselijn and Willem Schellinks; a monogrammed oil sketch on paper by Balthasar van der Ast; a large, signed view of Brederode Castle near Haarlem by Nicolaes Berchem; a pen sketch by Hendrick Goudt of the type that has often been confused with pen sketches by Adam Elsheimer; an oil sketch on paper of a standing boy by Dirck Hals; a characteristic drawing representing Susanna and the Elders by Gerard van Honthorst; a highly finished study of the Farnese Hercules by Peter van Lint; two painstakingly executed copies on vellum of works by the Flemish sculptor Francis van Bossuit by Willem van Mieris; and an allegory of the arts by Erasmus Quellinus. Works by later artists well worth mentioning include a pastel by Fernand Khnopff, which was a gift from the museum’s late curator of modern art, William S. Lieberman. Truly exceptional are two early Netherlandish drawings: a sketchbook sheet by Gerard David, long thought to be lost, which will soon be published by Maryan Ainsworth; and one of the less than 30 known drawings by Lucas van Leyden, which represents the archangel Gabriel and is a pendant to a well-known drawing of the Virgin in the Kupferstichkabinett, Berlin. 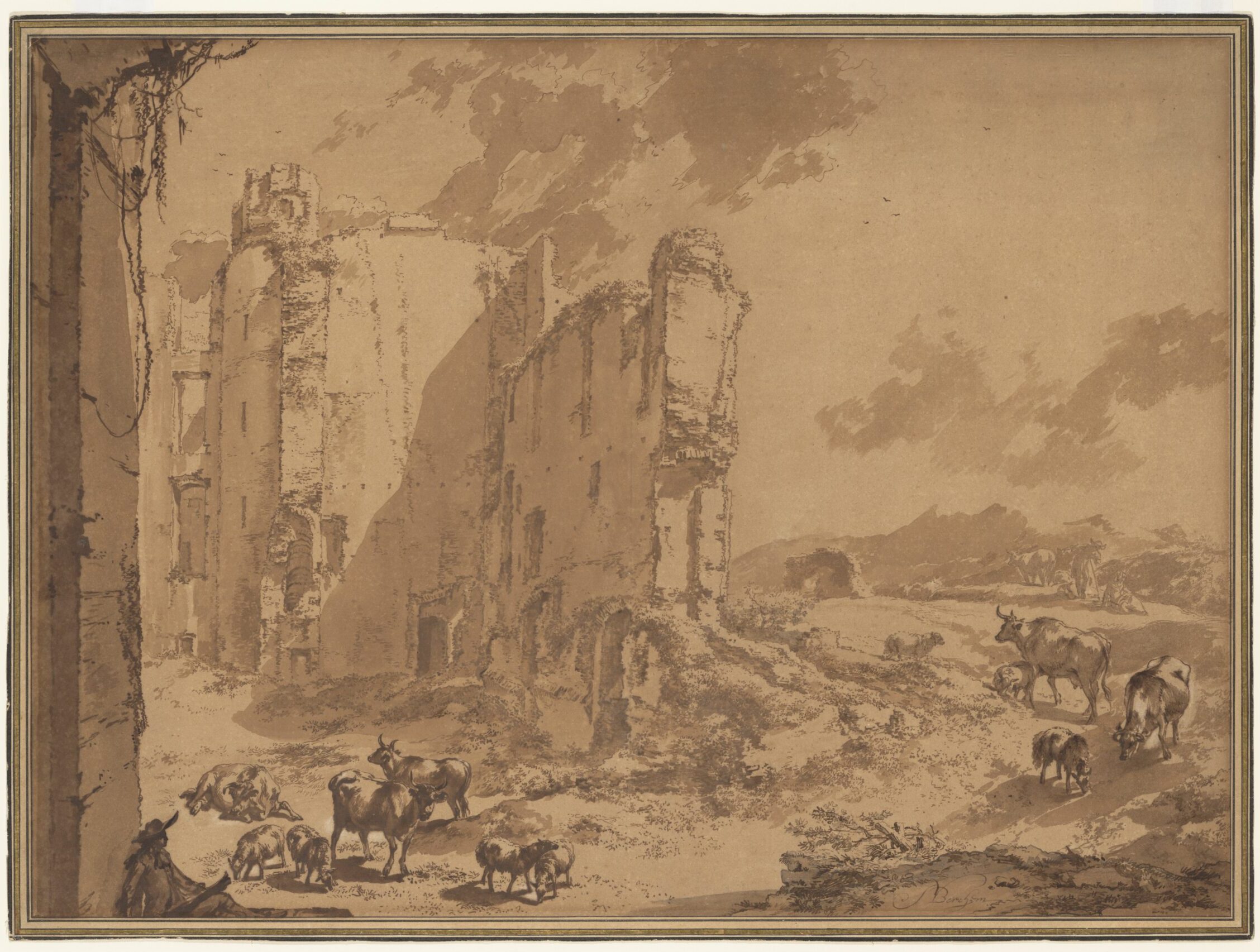 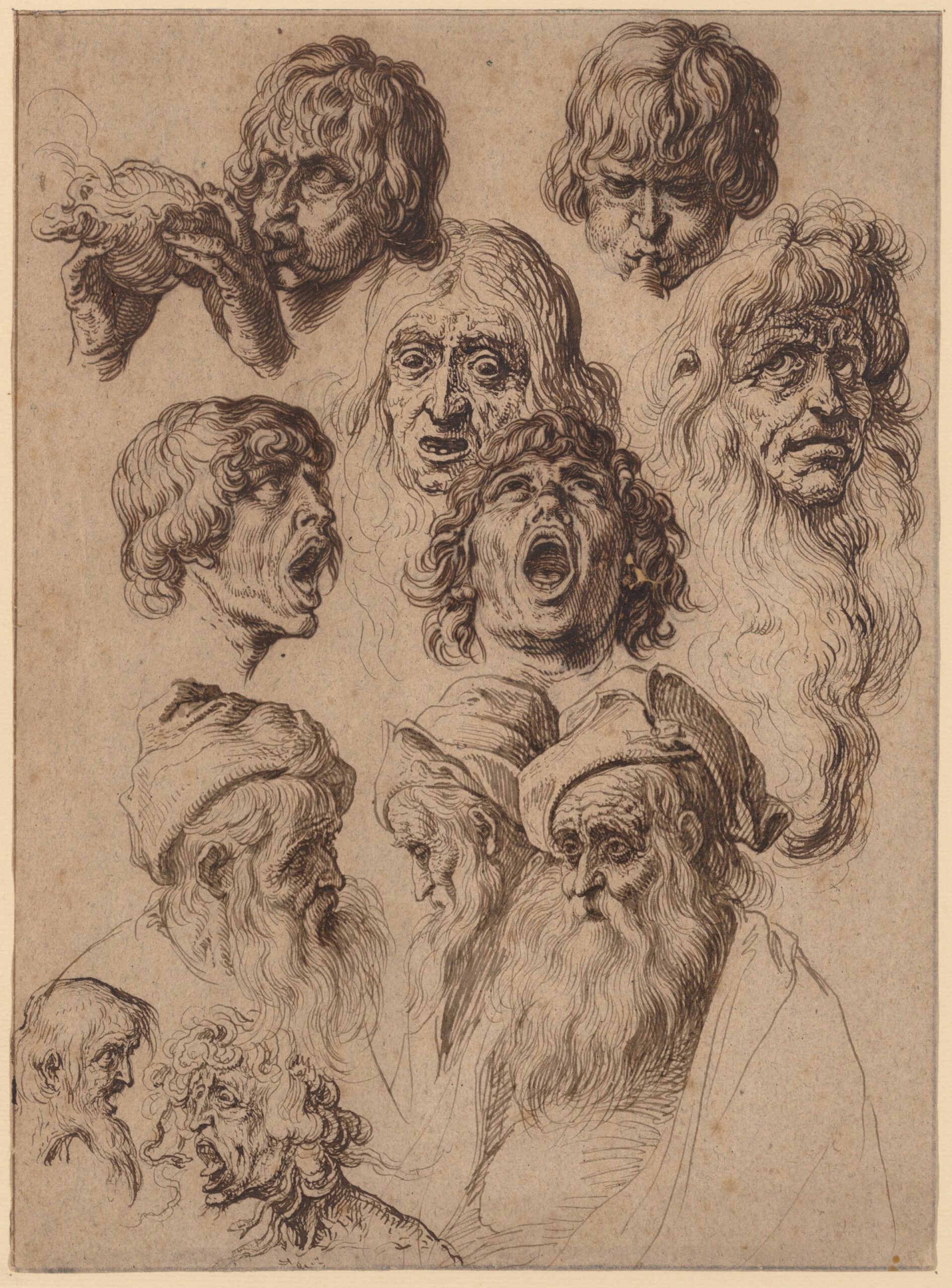 Curators in the original print department bought Dutch and Flemish prints early on. Gifts from Louisine Havemeyer and Felix Warburg provided the museum with a fine group of prints by Rembrandt and the collection gained particular strength in this area during the late 1940s and early 50s with the acquisition of hundreds of reproductive prints from the Liechtenstein collection by Maarten van Heemskerck, Hendrick Goltzius, Johannes Stradanus, and others. Thus, with a strong body of Old Master works to build on, recent acquisitions of Northern prints have been more selective than in the area of drawings and include some superb works from German-speaking countries, such as the Master of the Playing Card’s unique Queen of flowers, a fabulous impression of Schongauer’s Virgin and Child with an apple, and Max Klinger’s wonderful portfolio Ein Handschuh from 1881. However, a few Netherlandish works of note have also entered the collection in recent years, including a group of anonymous proverb prints after Marten van Cleve; funeral processions of Frisian stadholders by Pieter Feddes van Harlingen; a wonderfully lively print by the little-known J. Hermann after the equally little-known Jelle; The battlefield by Karel du Jardin; The temptation of Christ by Hieronymus Cock; a curious merry company by Jan van de Velde, and a copper plate by Johannes Sadeler, Christ in the house of Mary and Martha, showing a state published by Frederick de Wit not known to the cataloguers of Sadeler’s prints.

While the museum continues to work on making its entire collection accessible online, most of the drawings in the department – and all Dutch, Flemish and Belgian ones – are now searchable in the museum’s online database. Images are provided for all but some of the larger sheets. The sheer bulk of the department’s collection – well over a million prints, books, printing plates and blocks – has retarded progress in the online data input, but nearly 40,000 entries are now accessible. A serious attempt to photograph all the prints in the collection will begin shortly. The department is committed to enlarging and improving this database, and hopes that now and in the future it will continue to serve the research needs and curiosity of all those interested in Netherlandish art.

Nadine Orenstein is Curator of prints and drawings at the Metropolitan Museum of Art, New York, New York, USA. She has been a member of CODART since 1998.

Stijn Alsteens is Curator in the Department of drawings and prints, at the Metropolitan Museum of Art, New York, New York, USA. He has been a member of CODART since 2004.