This article was originally published in the CODART Courant, no. 21 Spring 2011

The holdings of 17th-century Dutch paintings in the Museo del Prado originate mostly from the former Spanish royal collections and, to a lesser extent, from gifts and bequests received by the museum since the 19th century or from recent acquisitions. 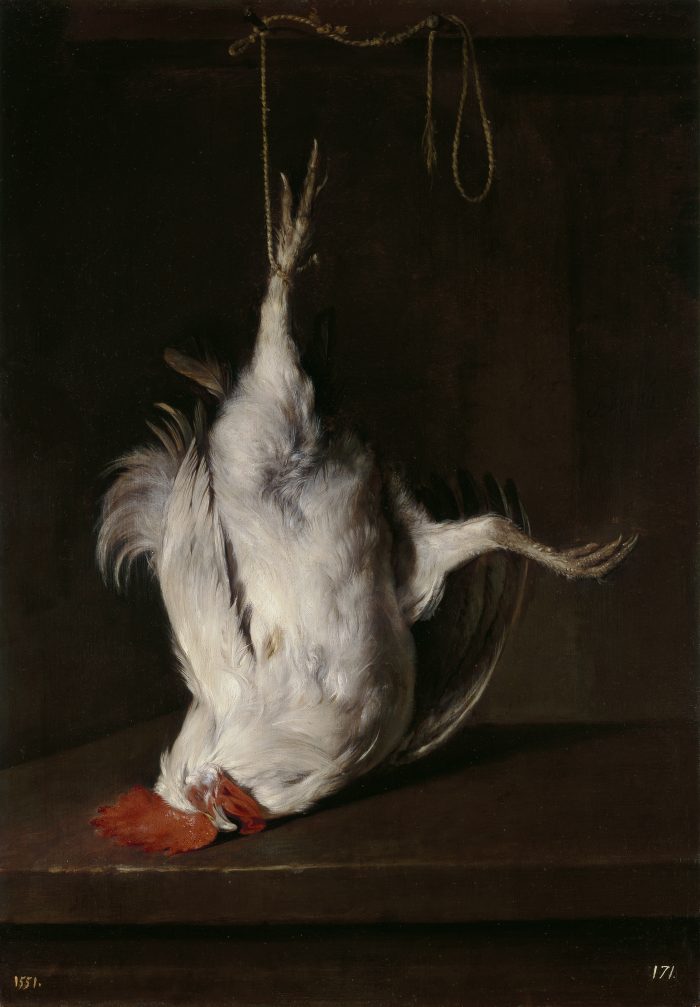 Compared to the magnificent collections of Spanish, Italian and Flemish painting in the Prado, the one of Dutch painting is very modest. The artists represented in the latter collection were considered to be among the most important in their time and country, but unfortunately, except for Rembrandt and Salomon de Bray, truly great names are absent. Nor is the number of works very significant. Of course, judging by the even smaller representation of Spanish painting in the Rijksmuseum and the Mauritshuis, the situation would seem to be reciprocal!

Historical and religious reasons have been forwarded to explain this relatively modest presence of Dutch paintings. In my opinion, separate from the historical and political context, in the case of the collections of the last Habsburgs this was due to a question of taste. Like 17th-century Italian and French collectors, Philip IV and Charles II were unable to appreciate scenes linked to a pictorial tradition that shunned the ut pictura poesis of Renaissance humanism in favor of a domestic type of painting. As for Rembrandt, even though he had embraced the Venetian tradition through Rubens, his dreamlike and imaginative world was the complete opposite of Italian and Spanish naturalist classicism, in short of Velázquez, his contemporary and painter to Philip IV. Later, with the advent of the new Bourbon dynasty, it was a matter of preference. Finally, the lack of a strong precedent explains the limited growth of this part of the collection following the opening of the Prado Museum in 1819. 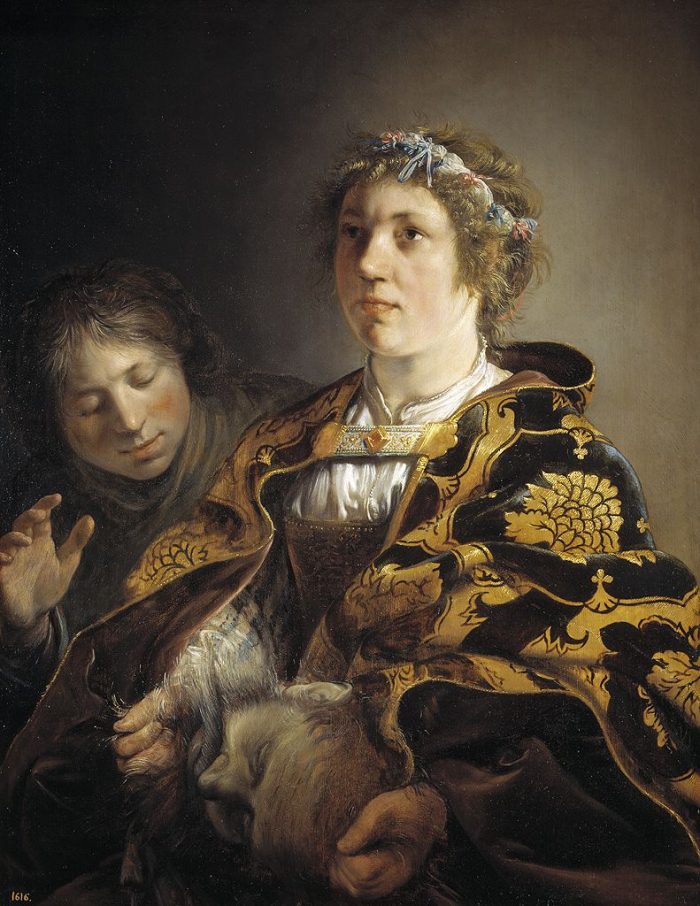 The inventories of the last two monarchs of the House of Austria feature five paintings today identified as works by four very different Dutch artists: Jupiter and the Gods urging Apollo to take back the reins of his chariot by Cornelis Cornelisz. van Haarlem; Landscape with Roman ruins and shepherds and Diana bathing with her nymphs by Cornelis van Poelenburch; Doubting Thomas by Matthias Stom; and Judith delivering the head of Holofernes by Salomon de Bray. The latter painting may have been acquired by Philip IV, as implied by the date inscribed on the verso. The fact that it is listed as an original “fable” by “Juan Bre” in the 1734 inventory would seem to indicate that the overpainting of the head of Holofernes with a blue vase – the state in which it remained until being restored in 1992 – was done to conceal the patriotic tenor underlying the biblical scene, which would have prevented it from entering the Spanish royal collection. In addition, there are 17 landscapes traditionally attributed to Herman van Swanevelt and Jan Both that were part of the series of landscapes with hermits or bucolic scenes commissioned in Rome by Philip IV to decorate Buen Retiro Palace in Madrid.

The change of dynasty brought with it the new artistic trends in vogue at the French court since the early 18th century, including the fashion for 17th-century Flemish and Dutch cabinet painting. Indeed, like their relatives (the French monarchs), Philip V and Isabella Farnese acquired landscapes, seascapes, winter scenes, genre paintings and Flemish and Dutch still lifes. Originating from their collections are the important group of works by Philips Wouwerman (10); the peasant interiors by Adriaen van Ostade (3); a winter landscape by Joost Cornelisz. Droochsloot; and a seascape by Hendrik Cornelisz. Vroom. 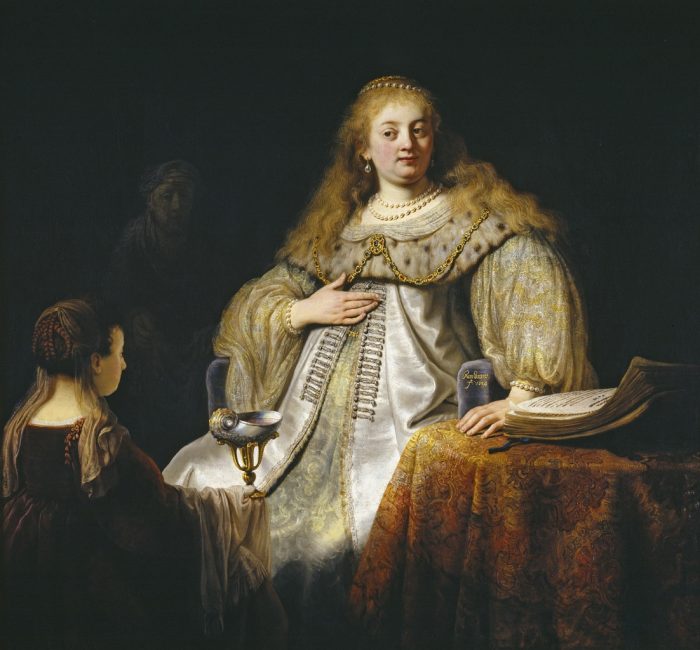 Charles III acquired the only large Dutch painting, namely Rembrandt’s Judith at the banquet of Holofernes (formerly Artemisa). It was bought on the advice of Anton Raphael Mengs from the Marquis of Ensenada’s collection in 1768. Even today it remains the only fully undisputed painting by Rembrandt in Spain.

Aside from the Rembrandt, the most interesting acquisitions of Dutch paintings were made by Charles IV for the Casita del Príncipe at El Escorial when he was still prince of Asturias. Today, they are among the most significant Dutch works in the Prado. They include Joachim Wtewael’s panel painting The adoration of the shepherds; Gabriël Metsu’s Dead cock; Leonaert Bramer’s two small paintings Hecuba’s grief and Abraham and the three angels; and Bishop Rovenius blessing a family (of Jacob van Wassenaer?) attributed to Bartholomeus Breenbergh, which is one of the most iconographically interesting pieces in the collection. After ascending to the throne, Charles IV expanded the Dutch holdings with Old man reading by candlelight, one of Godfried Schalcken’s characteristic studies of artificial lighting, and Beach with fishermen by Adam Willaerts. 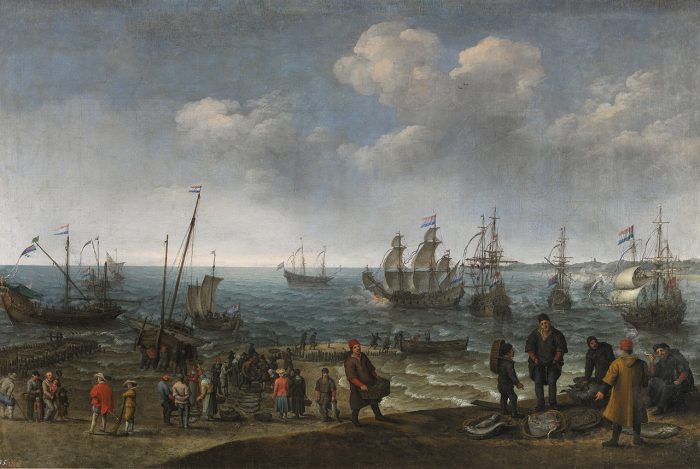 The incorporation into the Prado in 1872 of the holdings of the Museo de la Trinidad – works from churches and monasteries and convents disentailed in the 1830s – brought only two new additions: The metal serpent by Cornelis Cornelisz. van Haarlem, a copy of an engraving of the no longer extant original Fortune bestowing her favors; and Hendrik van Minderhout’s Christ the Redeemer procession in Antwerp, 27 August 1685.

Throughout the 19th century this core of Dutch painting was increased by a considerable number of pictures through bequests and gifts. Unfortunately, the only ones still listed as Dutch are the Naval battle, now attributed to Aert Anthonisz., which entered the museum in 1889; and In the meadow, a dubious original by Paulus Potter, and Gerhard Jan Palthe’s Young draftsman, which joined the collection in 1894.

The 20th century saw the influx of a few significant gifts and acquisitions made directly by the museum or through the state. So, four of its most significant works – a still life by Pieter Claesz. and another three by Willem Claesz. Heda – were bequested in 1931. The three still lifes by Heda came from the collection of Charles III’s brother, Infante don Luis of Bourbon, in the palace of Boadilla del Monte (Madrid). 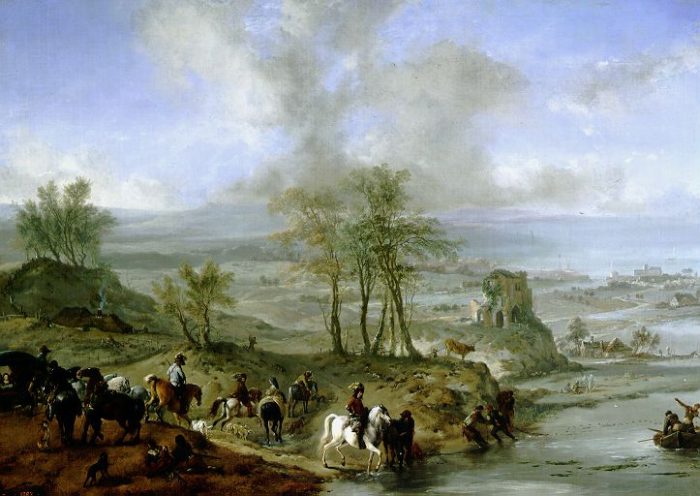 In 1952 the museum acquired A philosopher by Salomon Koninck; in 1953 the two portraits by Michiel Jansz. van Mierevelt; in 1982 the Portrait of Petronella de Waert by Gerard ter Borch; and in 1987 the Portrait of Johanna Martens by Paulus Moreelse. The gift of Caspar Netscher’s portraits of Johan Rammelman and his wife Alida de Lange in 1991 enriched the Prado’s small Dutch portrait gallery. Also dating from that year is the acquisition of the Still life with animals by Melchior d’Hondecoeter. Lastly, 2000 saw the acquisition of Adam Willaerts’ Battle of Gibraltar.

In 1819 the Museo del Prado opened the first rooms devoted exclusively to Spanish painting, and in 1830 the Flemish and Dutch rooms. The reinstallation of the galleries from the 1940s on, however, had negative repercussions for the Dutch painting. As a result of this gradual loss of exhibition space, the 17th-century Dutch collection is the Prado’s “great unknown”.

Teresa Posada Kubissa is curator of Flemish paintings and Northern Schools (to 1700) at the Museo Nacional del Prado in Madrid and a CODART member since 2004.