This article was originally published in the CODART eZine, no. 0 Spring 2012

Jordaens and the Antique, on view at the Royal Museums of Fine Arts of Belgium in Brussels from 12 October 2012 through 27 January 2013 and at the Fridericianum in Kassel from 1 March through 16 June 2013, offers an entirely new vision of the Antwerp painter Jacob Jordaens and his engagement with the cultural legacy of antiquity. Building on the rich holdings of the two partner institutions, the exhibition will include paintings, drawings, prints, books, sculpture and tapestries from major museums around the world that situate Jordaens’s lively antique themes in their proper visual context – works not only by the master himself but also by such illustrious contemporaries as Peter Paul Rubens, Abraham Janssen, Hendrick van Balen and Hendrick Goltzius. A follow-up to the highly successful in-house production Rubens: A genius at work (14 September 2007 – 28 January 2008), Jordaens and the Antique represents the fruit of four years of in-depth research – funded in part by the Belgian Federal Science Policy’s Inter-University Attraction Poles program – and of an extensive restoration campaign that has enjoyed the generous support of the Fondation Inbev-Baillet Latour. 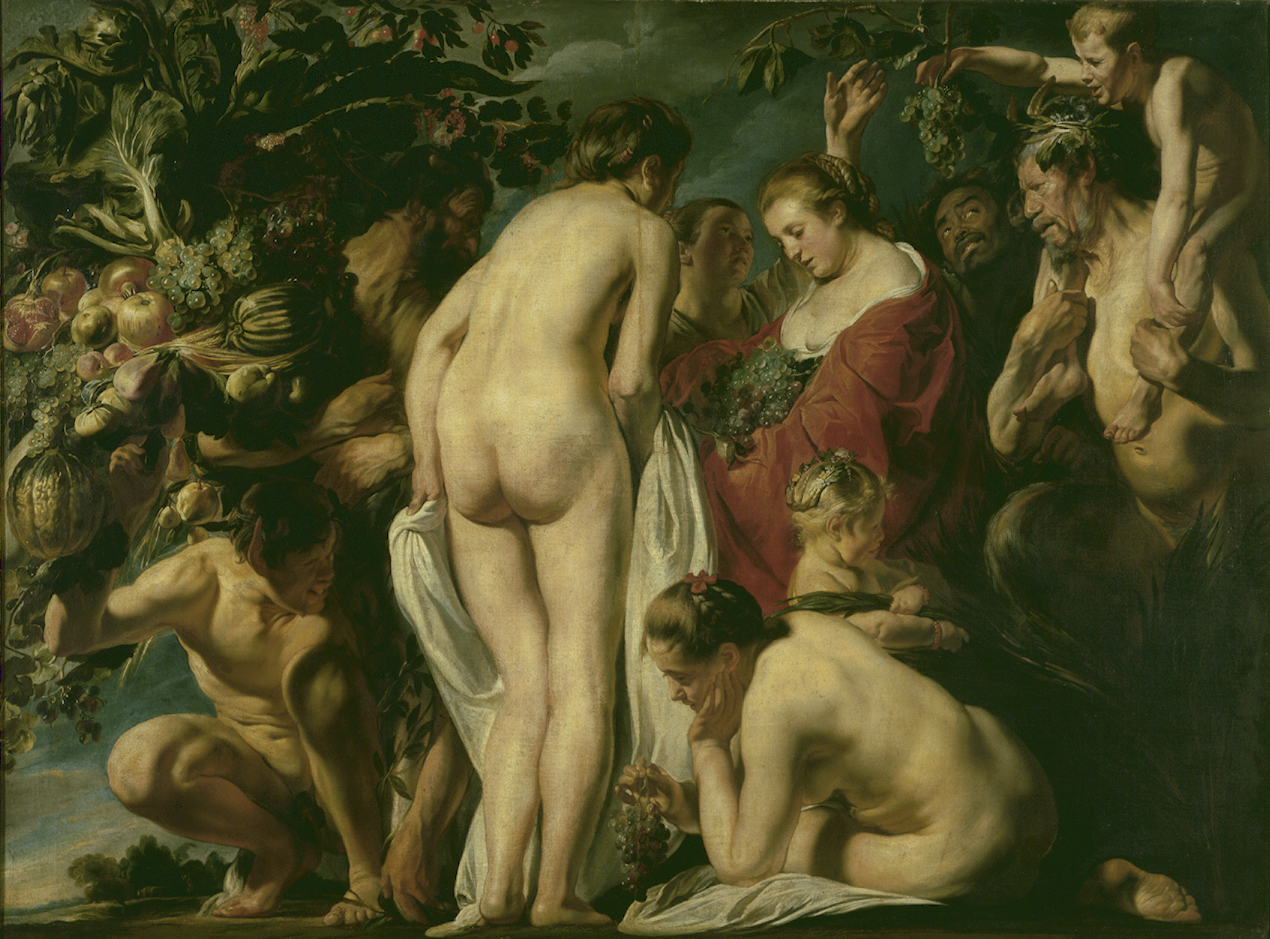 Of the well-known trio of Flemish Baroque masters – Rubens, Van Dyck, Jordaens – the last-mentioned is without doubt the one whose image and art-historical significance is most in need of revision. It has been nearly twenty years since the last retrospective on Jordaens opened in Antwerp at the Koninklijk Museum voor Schone Kunsten in 1993. Rightly praised for its synthetic approach, this exhibition presented the familiar image of Jordaens as a rather one-sided follower of Rubens who felt more at home with popular genre subjects like The King Drinks and As the Old Sing, So the Young Pipe because he lacked the intellectual rigor to tackle more sophisticated subjects. Although it is true that – unlike Rubens – Jordaens does not seem to have attended a prestigious Latin school, his approach to the antique was highly personal and laced with subversive humor. In a broader metaphorical sense, one might say that Jordaens played Diogenes to Rubens’s Seneca, taking the stance of the irreverent, unwashed Cynic striding proudly through the sun-drenched marketplace – in sharp contrast to the dry, academic Stoic, dying in splendid isolation at Nero’s capricious orders. A thoroughgoing knowledge of the Latin language and its literature was not needed to pull it off, since nearly all the classics were available in translation – and Jordaens seems to have read them assiduously. From Aesop’s fables to Ovid’s Metamorphoses and Homer’s Odyssey, with detours through Philostratus’s arcane Images and Lucian’s satirical Prometheus, he consistently selected subjects that would showcase his natural talent for observation and lively brushwork, qualities that did not depend on antiquity at all. Even his failure to make the requisite pilgrimage to Italy was not an insurmountable obstacle. His was a virtual Rome, a lively if artificial construction cobbled together from readily available material: engraved and sculptural reproductions, gems and coins. These were supplemented when needed with studies after the antique made in situ by other artists, notably Rubens, in whose studio Jordaens probably worked as an independent collaborator between ca. 1615 and ca. 1620, and Abraham Janssen, whose influence on Jordaens is less well known and begins to emerge here for the first time. 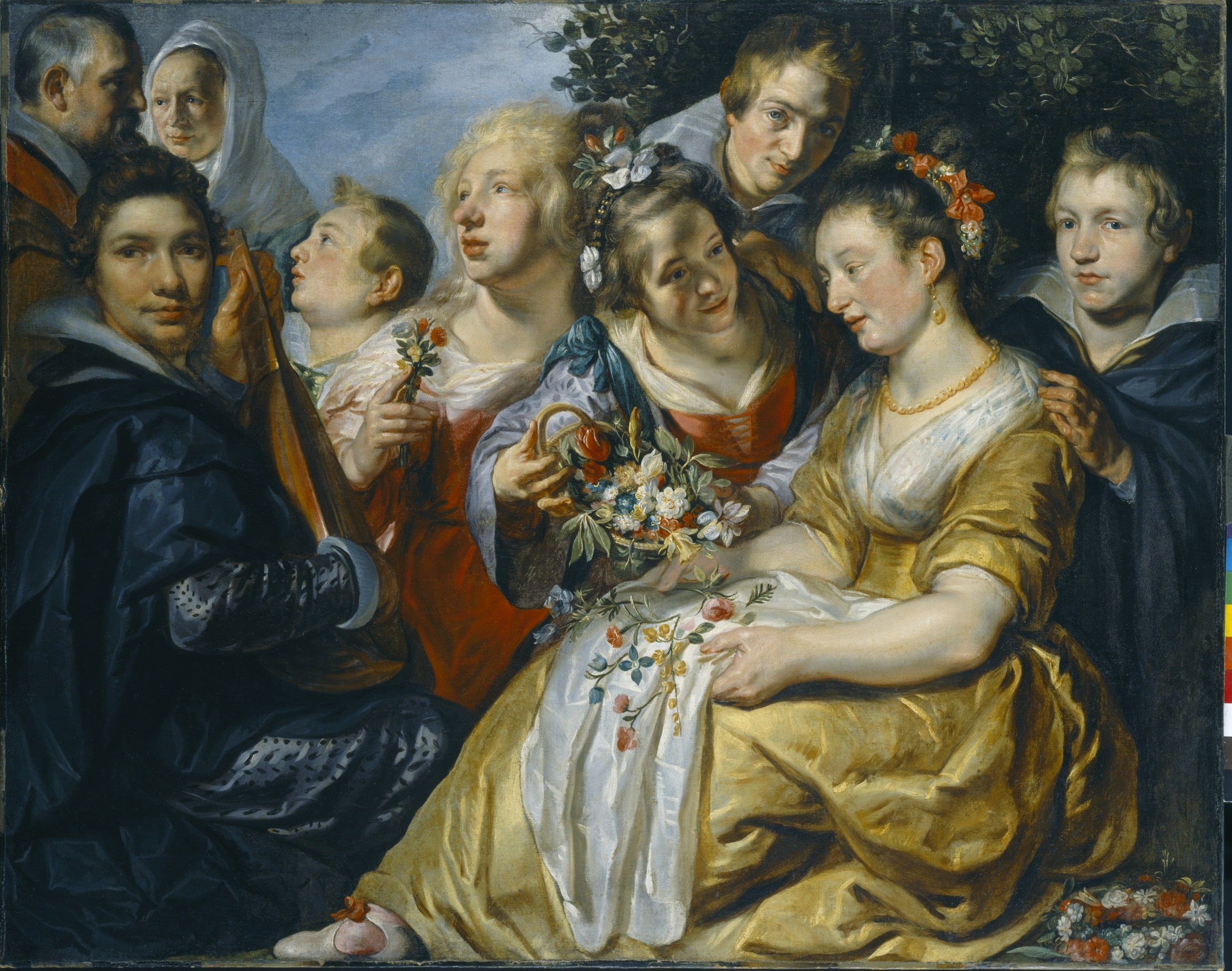 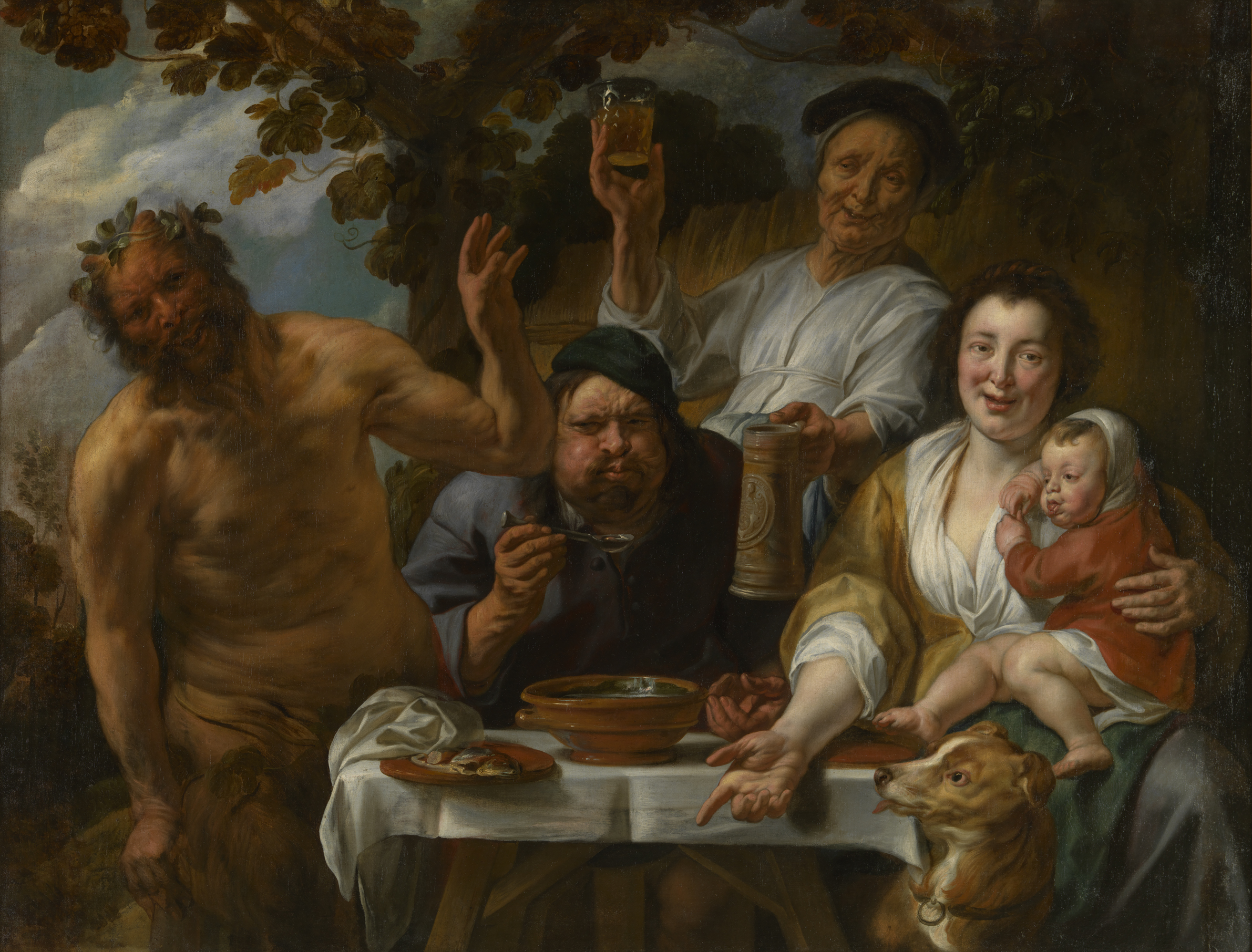 In response to the spaces in which it will be shown, the exhibition is divided into nine roughly chronological ensembles that illustrate different facets of Jordaens’s engagement with antiquity. The first examines his decision to remain in Antwerp – out of love: he married his master’s daughter – and the resources available to him there, whether through the city’s learned collectors or handy reproductions. The second ensemble acquaints us with Jordaens’s training – possibly in Rubens’s studio – through an exceptional group of studies from live models, at times posing like famous antique statues. The third and largest group of works presents a concise overview of the variety of mythological subjects Jordaens painted in the course of his career, and of his evolving attitude toward antiquity and its presentation in paint. Other ensembles are more tightly structured around specific themes, for which striking groups of paintings and drawings survive: Jordaens’s numerous, philosophically charged renditions of Aesop’s fable “The Satyr and the Peasant,” for example, or his magnificent visual odes to the earth’s fertility and abundance. Also included are his large-scale mythological cabinet paintings, which pay homage not only to Hendrick van Balen but also to Titian – a previously unsuspected influence on Jordaens’s work of the 1630s and 1640s. His boisterous bacchanals, which survive in smaller numbers, exude a spirit of irreverence bolstered by a style and specific motifs that owe a great deal to relief carvings found on Roman sarcophagi. The exhibition would not be complete without examining Jordaens’s career as a designer of tapestries, in which classical mythology and history are well represented. Panels from his Life of Alexander the Great and the Life of Odysseus will be shown together with preparatory drawings made in conjunction with their design. Also on display are colorful modelli and refined anatomical studies that crop up among Jordaens’s later drawings – a dual testament to his increasingly commercial studio and to his lasting passion for making sensitive studies from life. 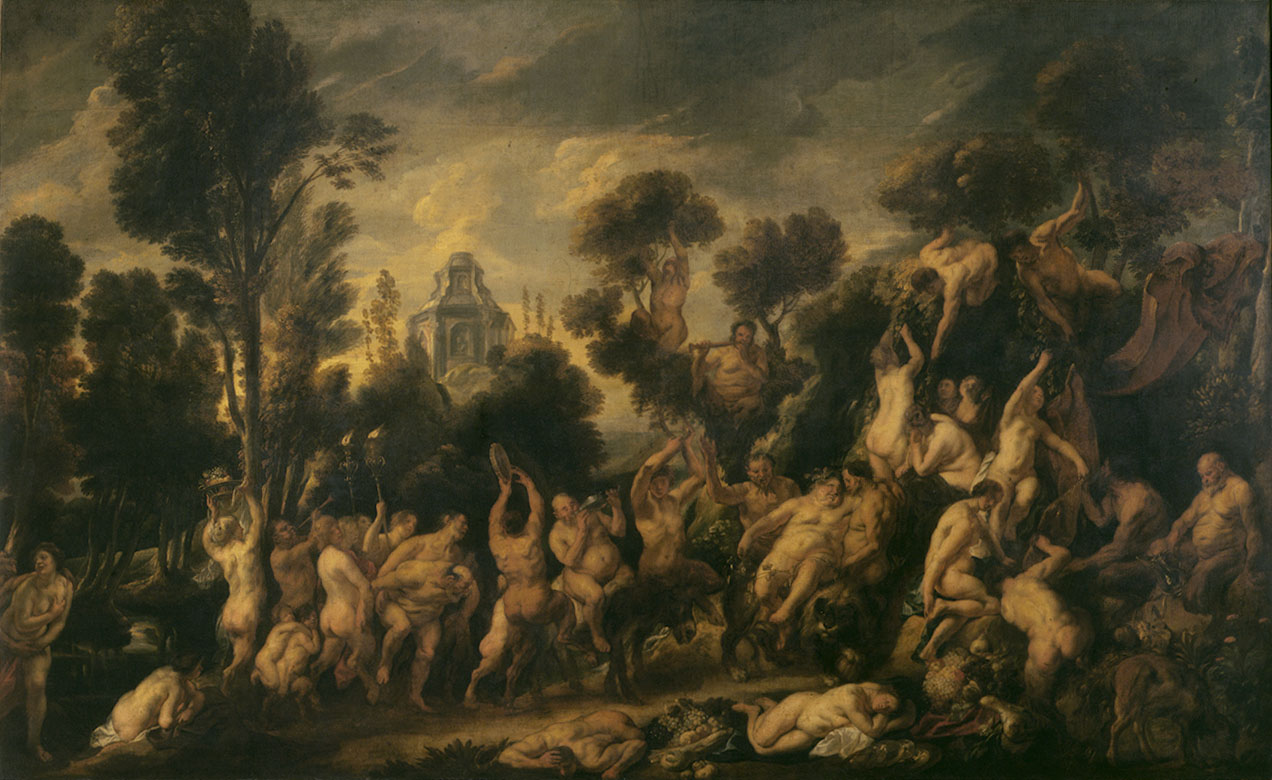 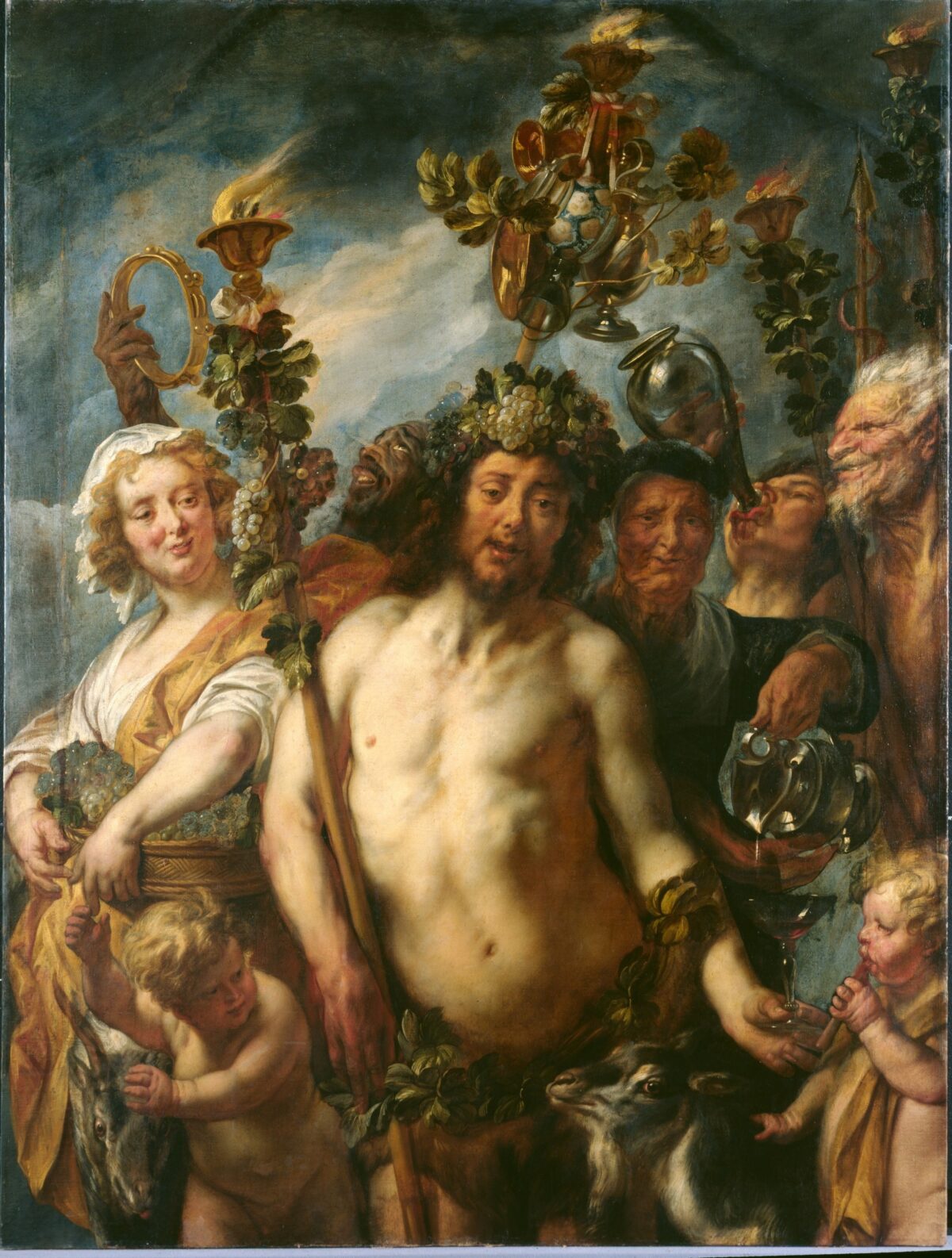 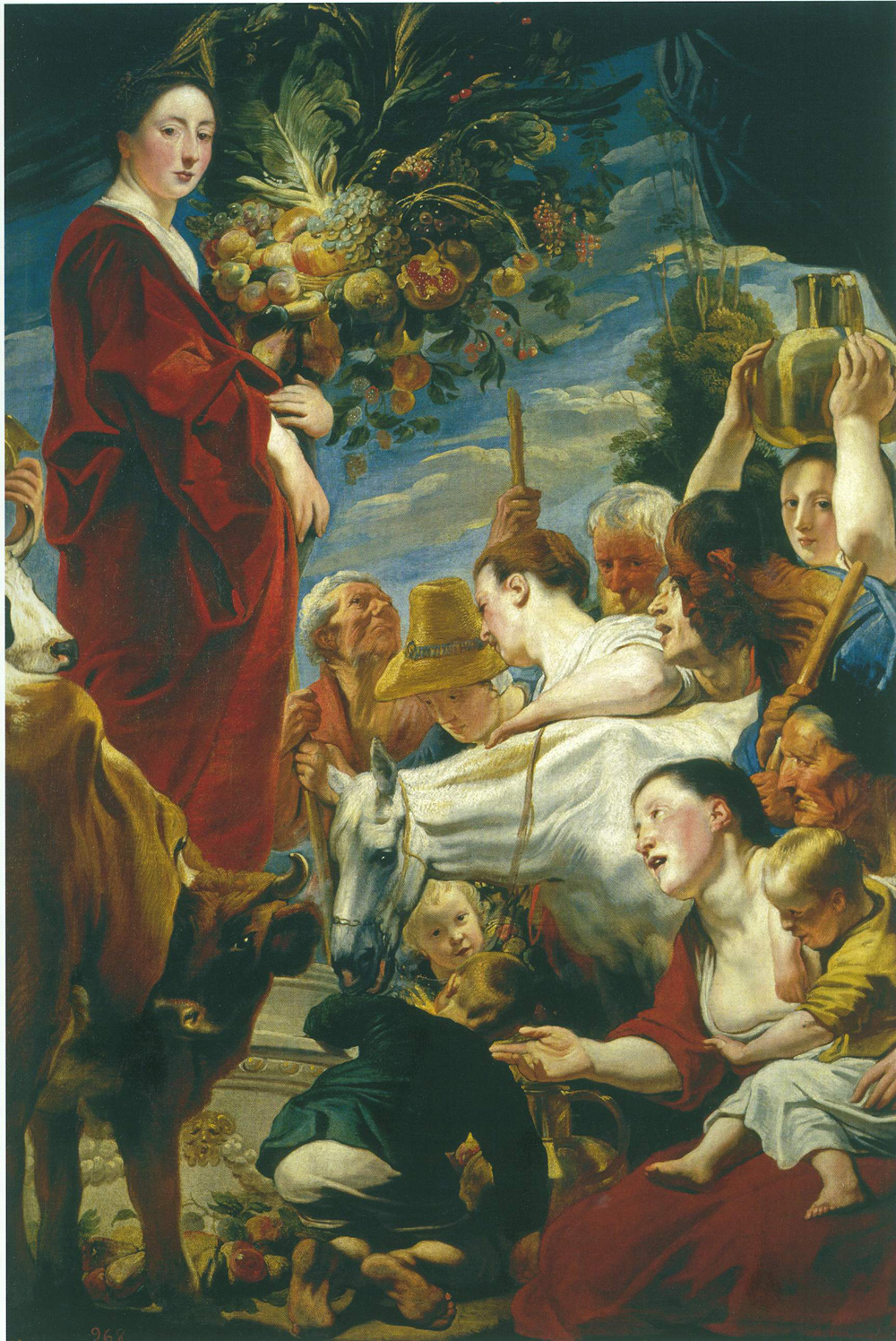 The exhibition is accompanied by a fully illustrated catalogue written by Irene Schaudies and Joost Vander Auwera, with contributions by Justus Lange and Timo Tümper and thematic essays by such distinguished authors as Koenraad Brosens, Ulrich Heinen and Nico Van Hout. Published by Mercatorfonds, it is available in four languages (Dutch, English, French and German).

The catalogue is aimed at the broadest possible public, but academics, museum curators and restorers will have the opportunity to share their more specialized insights into Jordaens’s artistic and intellectual approach, market strategy, style and technique at a two-day international symposium in Brussels, planned in cooperation with the Universität Trier to coincide with the exhibition (December 2012).

Irene Schaudies, Project Researcher at the Royal Museums of Fine Arts in Belgium, Brussels, has been an associate member of CODART since 2010.