This article was first published in CODART eZine, no.3 Summer 2013.

The Fine Arts Museum of Bruges, better known as the Groeningemuseum, is internationally renowned for its significant holdings of early Netherlandish painting, which has formed the core of the museum’s most successful exhibitions in recent decades. This part of the collection consists of a number of masterpieces by Jan van Eyck, Hans Memling, Hugo van der Goes and Gerard David, as well as works by the minor masters active in Bruges in the fifteenth and sixteenth centuries, including the Masters of the Lucia- and Ursula Legend, Ambrosius Benson, Lancelot Blondeel and Pieter Pourbus the Elder. In short, the Groeningemuseum houses a reference collection of unique depth and quality: a collection of importance to the study and understanding of artistic production in the Low Countries – Bruges in particular – during the transition from the late Middle Ages to early-modern times. 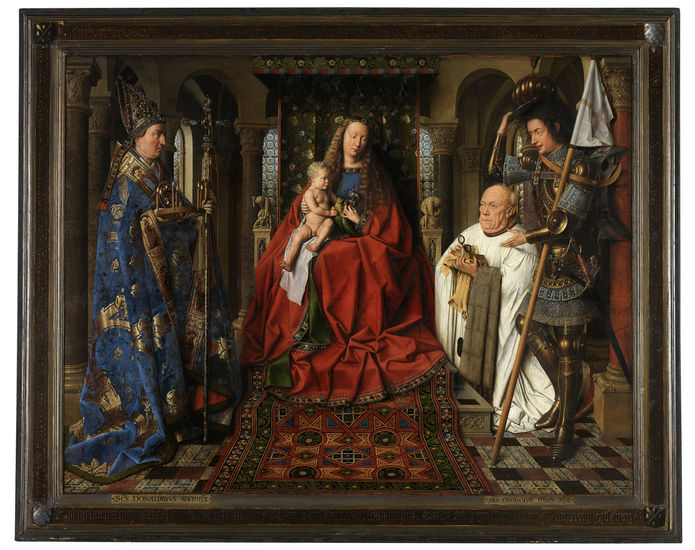 Signature paintings such as Jan van Eyck’s Virgin and Child with Canon Joris van der Paele and Hans Memling’s so-called Moreel Triptych already entered the collection in the early nineteenth century, when artworks that had been taken to Paris during the Napoleonic occupation of the Austrian Netherlands were returned to Bruges and entrusted to the local Academy of Arts. In 1828 the Bruges Academy received a collection of paintings previously kept in the town hall, among them the Justice of Cambysis by Gerard David, and the Last Judgment by Jan Provoost, as well as Hugo van der Goes’s Death of the Virgin, which was restituted to the city together with thirty other paintings that had previously been lodged in the Ecole-Centrale (the provincial museum) during the French occupation. In 1892, ten years before the important exhibition Les Primitifs Flamands was mounted in Bruges, the Academy decided to give its collection of paintings back to the city authorities: thus the Municipal Museum of Painting, the later Museum of Fine Arts, was born.

The origin of the Groeningemuseum can therefore be traced to the first decades of the eighteenth century, which makes it one of the oldest museums in Belgium. For most of its early history, the Groeningemuseum was linked to the Bruges Academy, which was founded in 1717 by a small group of Bruges artists as the “Confraternity of the free and exempt art of drawing” (exemption, that is, from the guild regulations). Its bylaws of 1720 stipulated that every draughtsman (teeckenconstenaer) donate either a drawing or another example of his craftsmanship to the school. The works that were received – a collection of paintings and drawings by the then contemporary artists of Bruges – were exhibited at the Academy’s facilities in Bruges’s Poortersloge and were accessible to teachers and pupils of the academy as well as to other visitors. Even though the Academy’s collection was completely destroyed by the fire that swept through the Poortersloge in 1755, the Academy continued to receive donations of paintings from living artists and from the families of deceased artists, as well as gifts from private collectors among the local nobility and from wealthy members of the urban bourgeoisie. The Academy’s collection focused exclusively on contemporary Bruges painting of the eighteenth century, of which the Groeningemuseum still possesses a unique ensemble of paintings by such artists as Matthias De Visch (1701-1765), Paul Jozef De Cock (1724-1801) and Jan Anton Garemijn (1712-1799). 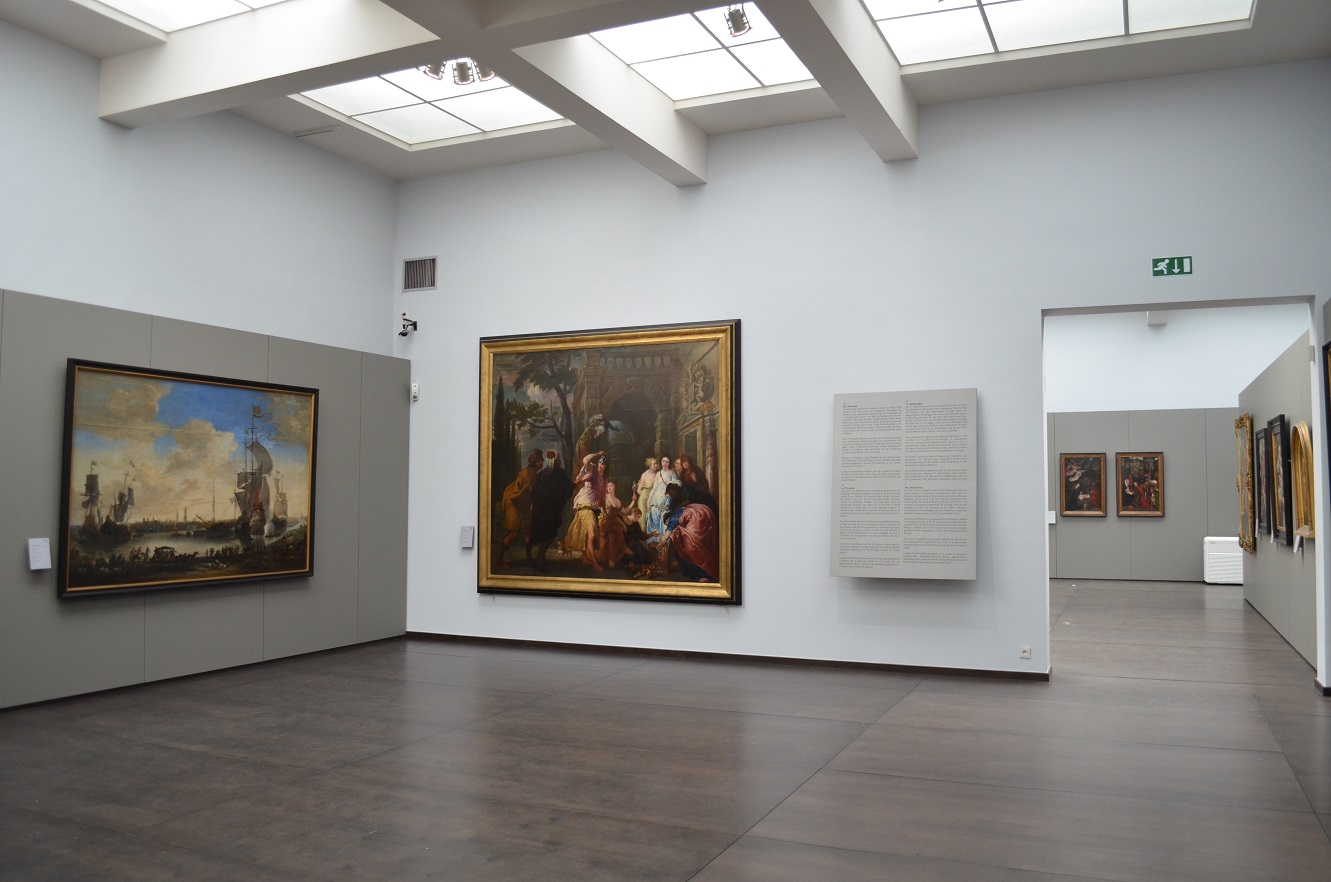 By the end of the eighteenth century, it had become customary for Bruges artists to donate works to the Academy, particularly popular subjects being self-portraits and portraits of artist friends. In 1799 Jacques Louis David’s lifelong rival, the Bruges-born painter Joseph Benoît Suvée (1743-1807) – who had studied at the Academy as a young boy before pursuing an impressive artistic career in Paris and Rome – presented the Academy of Bruges with his painting Dibutadis – The Invention of Drawing, a painting that is considered one of the most important programmatic classicist pictures in the world. In the early nineteenth century, neoclassicist painters from Bruges such as Joseph Denis Odevaere (1775-1830) and François Joseph Kinson (1770-1839) donated similarly important works in hopes of seeing them exhibited prominently in their hometown.  The collection of West-Flemish neoclassicist paintings is still an exceptional and important ensemble within the Museum, owing to the artistic significance of Suvée and the talented artists of the younger generation who followed him from Bruges to Paris and Rome. Around 1800, painters from Bruges contributed significantly to the evolution of European art, much as their predecessors had done in the fifteenth century. 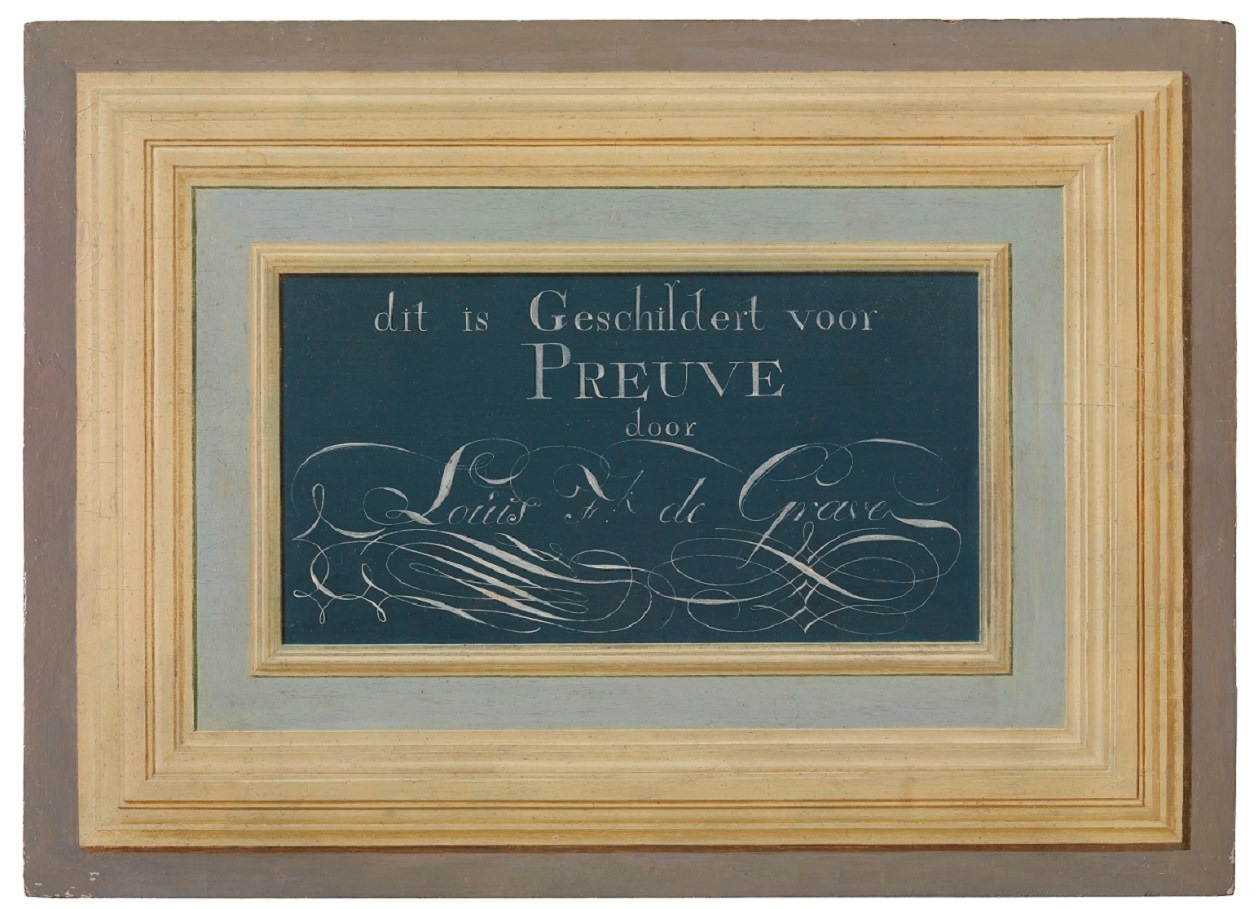 During most of the nineteenth century, when Bruges had a thriving art market with several local auction houses, neither the Academy nor the City were interested in enlarging the collection by acquiring Old Master paintings. While the Academy continued to acquire works by contemporary artists, Old Masters entered the collection mostly as bequests or donations from private collectors. One particularly significant addition was the bequest to the city in 1863 of John Steinmetz’s collection of prints and drawings, which later became part of the museum and still forms the core of the Bruges print room. 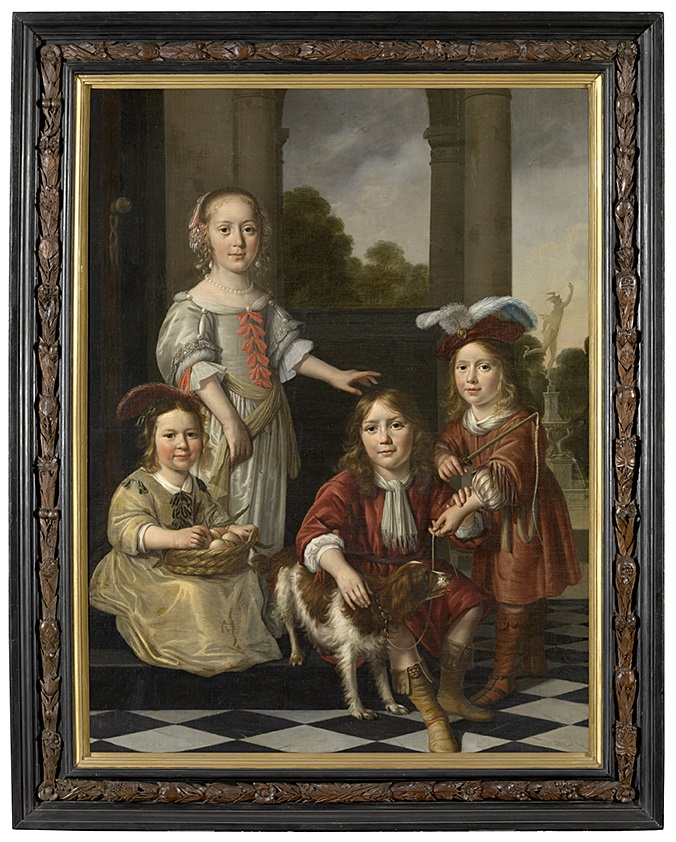 Other important bequests were made by Auguste Beernaert (1913) and Eduard Houtart (1926), whose donations included the Triptych of the Last Judgment by Hieronymus Bosch and his workshop, Abel Grimmer’s Way of the Cross, and seventeenth-century portraits by masters such as Nicolas Maes and Jan Hals. Of even more importance was the foundation of the Friends of the Museum shortly after 1900 – which gave rise to a dynamic collection policy that continues to provide funding for major acquisitions – and the incorporation of the collection of the Historical Society of Bruges, which since the nineteenth century had been actively collecting objects and paintings of historical significance to the city. 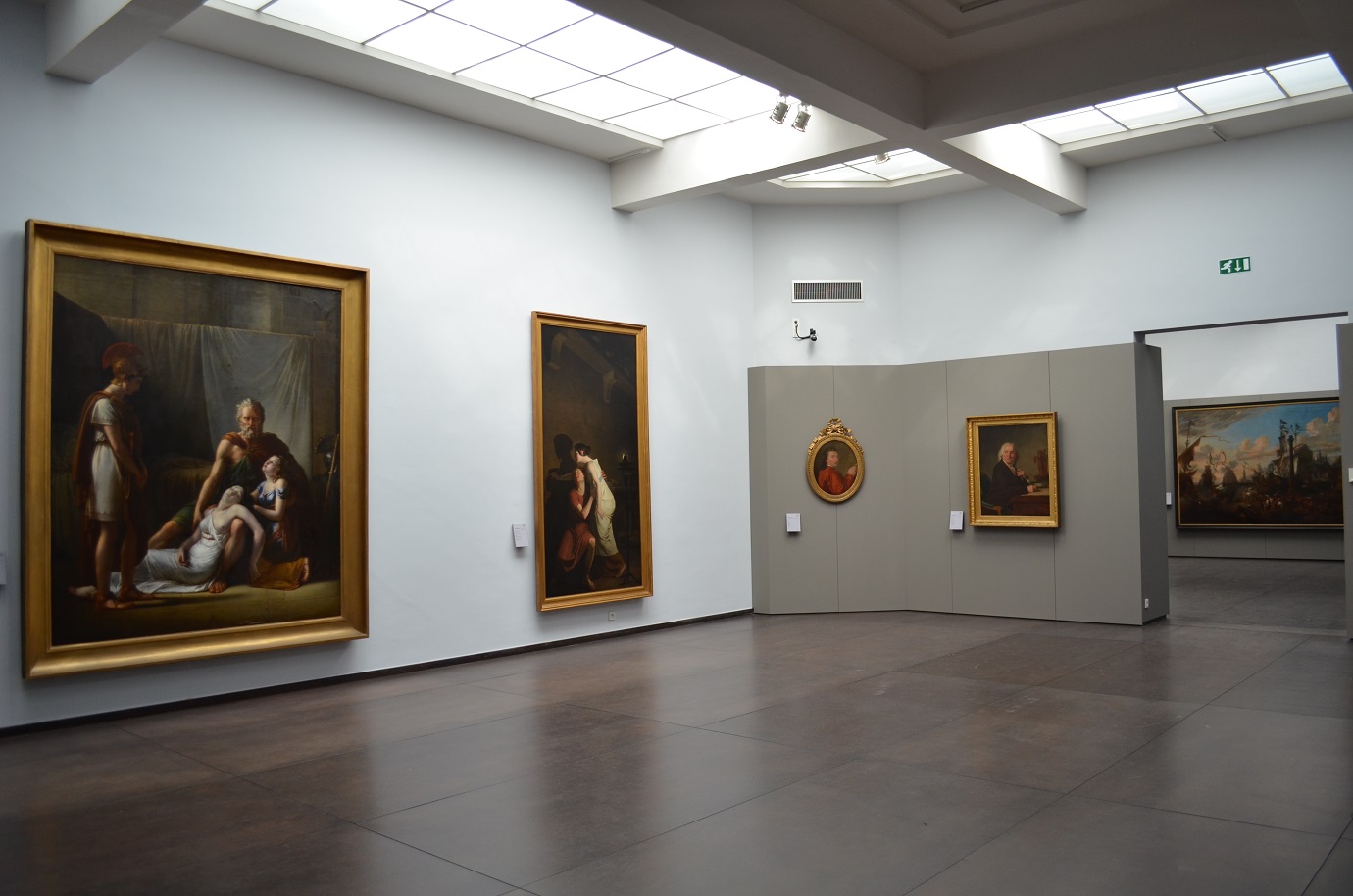 The Groeningemuseum – whose collection was systematically enriched during the second half of the twentieth century to include important examples of Flemish Expressionism and a unique collection of works by Marcel Broodthaers (1924-1976) – has also acquired outstanding examples of seventeenth–century painting. The museum now owns a significant group of paintings by the Bruges artist Jacob van Oost the Elder (1603-1671), including his important Portrait of a Bruges Family, as well as a small but interesting selection of still lifes by Caspar-Pieter Verbrugghen, Frans Cuyck van Myerhop, Alexander Adriaensens and Jan-Baptist Bosschaert. The school of Rubens is represented by paintings by Erasmus Quellinus, Artus Wolffort and Jan van den Hoecke, and there are some monumental works by later seventeenth-century landscape painters, such as Jacques de Arthois and Lucas Achtschellinck. Because the Groeningemuseum has a limited amount of space to present its permanent collection, it is necessary to change the display at regular intervals. Among the museum’s most impressive seventeenth-century paintings are three monumental canvases by Hendrik van Minderhout, whose depiction of maritime activities can rarely be exhibited owing to lack of space.