Brazil, a Portuguese colony from 1500 to 1822, went through a Dutch period from 1637 to 1644. Recife was the main Dutch city and the headquarters of Johan Maurice of Nassau-Siegen, the most important governor. For seven years he dominated part of the Brazilian north-east, which was rich in sugar. He built forts and took an interest in documenting the flora and fauna through the work of the artists and scientists who accompanied him. Various aspects of Brazil were first recorded then, mainly in the paintings by Frans Post and Albert Eckhout. 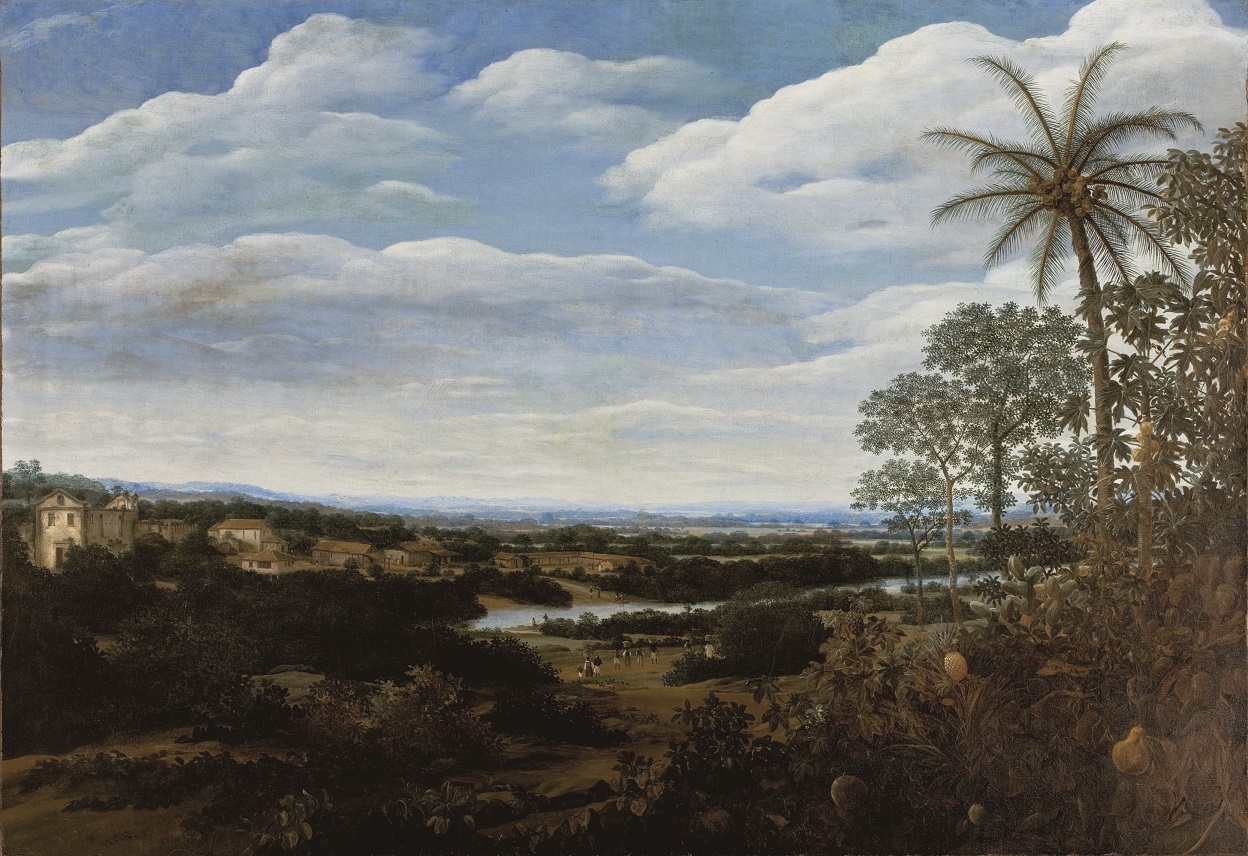 In 1892, in that same region, a person of particular importance for twentieth-century Brazilian art history was born: Francisco de Assis Chateaubriand Bandeira de Mello, who later became known as Assis Chateaubriand. He owned newspapers, magazines and TV stations that covered the entire country between 1925 and 1968, the year of his death. A promoter of many campaigns, as he used to say, ‘for the development of the country’, his special interests included education and art which led to his creation of an important art collection. In 1946 he met an Italian journalist and art dealer, Pietro Maria Bardi, a connoisseur of art and of the European market who had moved to Brazil. During the post-war period the country had the resources to acquire works of art as they appeared on the market. Working together, Bardi and Chateaubriand created the Museu de Arte de São Paulo (MASP) in 1947. The region had coffee plantations and developing industries which ensured a steady supply of donations for the purchase of good works of art. Chateaubriand rewarded the donations with publicity and small notices in his newspapers and magazines. History would later reveal that on some occasions he would even resort to bribery and subtle blackmail to achieve this end. Works of art related to Brazilian history were one of the focuses of the collection policy, and the museum now has several paintings from the Dutch period, such as Brazilian landscapes by Frans Post, and tapestries from the ‘Les Petites Indes’ series dating from the seventeenth and eighteenth centuries based on Eckhout cartoons and made at the Manufacture Nationale des Gobelins. 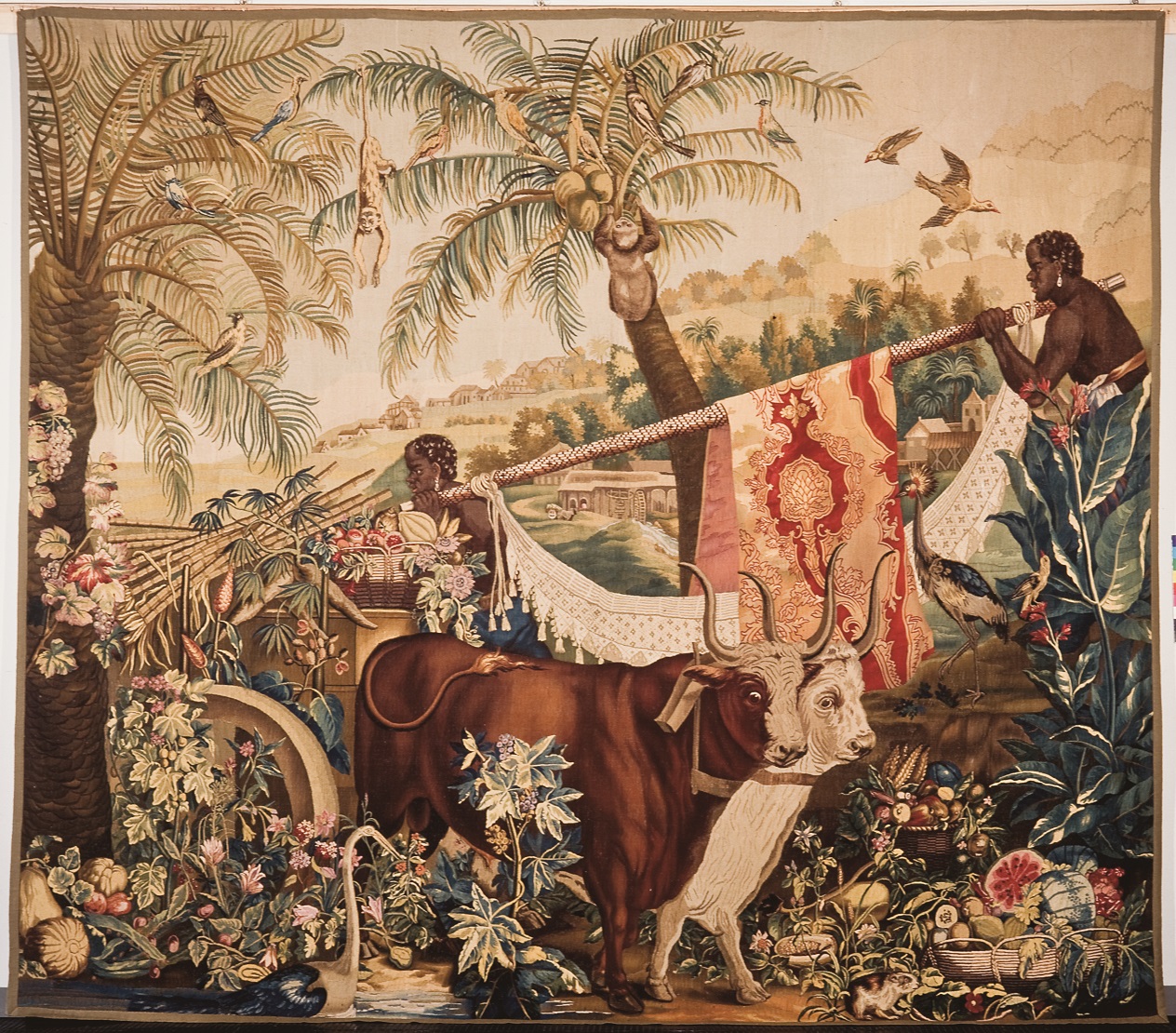 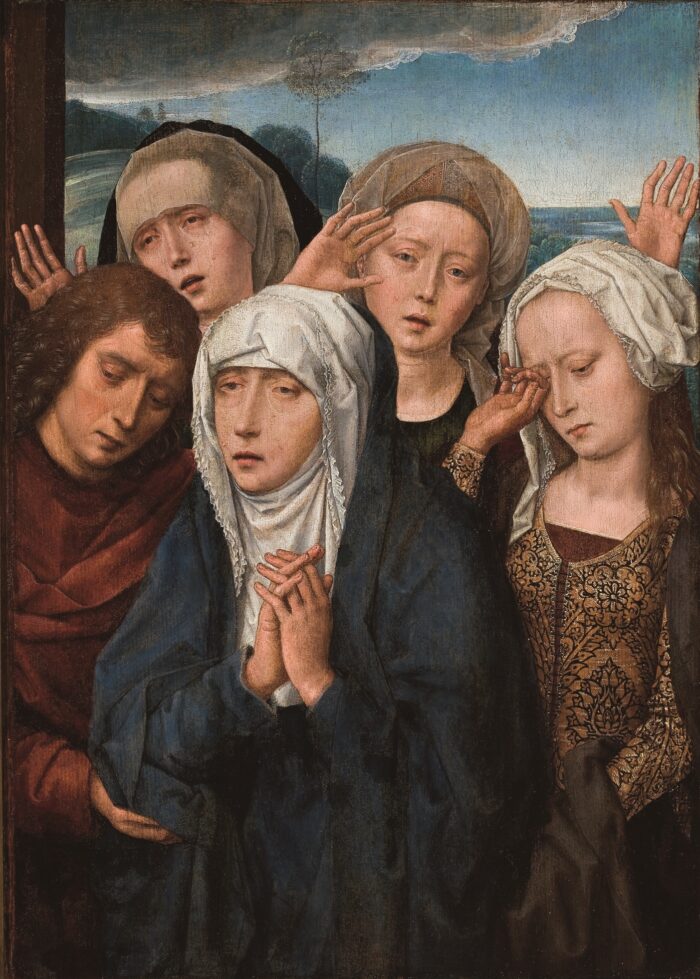 By the time the museum was inaugurated in 1947 it already had The Almsgiving (St Giles?), a late fifteenth-century panel by a Flemish artist active in Castile, Spain. The earliest Netherlandish work, Hans Memling’s panel The Mourning Virgin with St John and the Pious Women from Galilee of c. 1493-1494 was donated in 1956 by Pietro Maria Bardi himself, who also gave other important works to the MASP. The Memling is considered to be part of the Lachovsky-Bardi Diptych. The other wing, with The Deposition, was formerly in the Sickles Collection, Paris.  Contrasting with this pious and intimate composition is the Crucifixion Triptych, comprising Christ Carrying the Cross, The Crucifixion and The Entombment by Jan van Dornicke, which was acquired in 2004. The interactions and gestures, the costumes and draperies, the flags, the spears and the horses’ caparisons flowing across the three panels accentuate the dramatic events that the characters are experiencing. Even the draperies of Christ and the two crucified thieves dance in the air, in marked contrast to the religious theme. The dynamic representation indicates a new direction in Flemish art influenced by Italian Mannerism. This work entered the collection after many years when the museum had no consistent acquisition policy for European paintings.

Also in the collection of the MASP is one of the 16 known versions of The Temptations of St Anthony by Hieronymus Bosch. All 16 are considered to be replicas of the one in the Museu de Arte Antiga in Lisbon. Bosch’s fantastic scene with animals, flying monsters, strange human figures and anthropomorphic creations are set in a wide landscape illuminated on the right by a brilliant sky and on the left by an explosion and a huge fire. This panel and the one in the Barnes Foundation in Philadelphia are accepted as autograph works by Bosch in Friedländer’s survey of early Netherlandish painting, and by Robert Eigenberger, the Viennese restorer and Bosch specialist, both of whom consider it could be a first version of the central section of the Lisbon painting. Authors like De Tolnay, Baldass, Longhi and Ragghianti agree, but the work is disregarded in recent studies (Cinotti, Mulazzani, Combe). On the other hand, Lievens-De Waegh and Camesasca wrote that both the MASP and Barnes Foundation panels represent two preparatory phases of the Lisbon altar. Examination of the wood by Peter Klein during conservation treatment at the J. Paul Getty Museum in 2000 indicates that the oak dates from 1505 at the earliest. 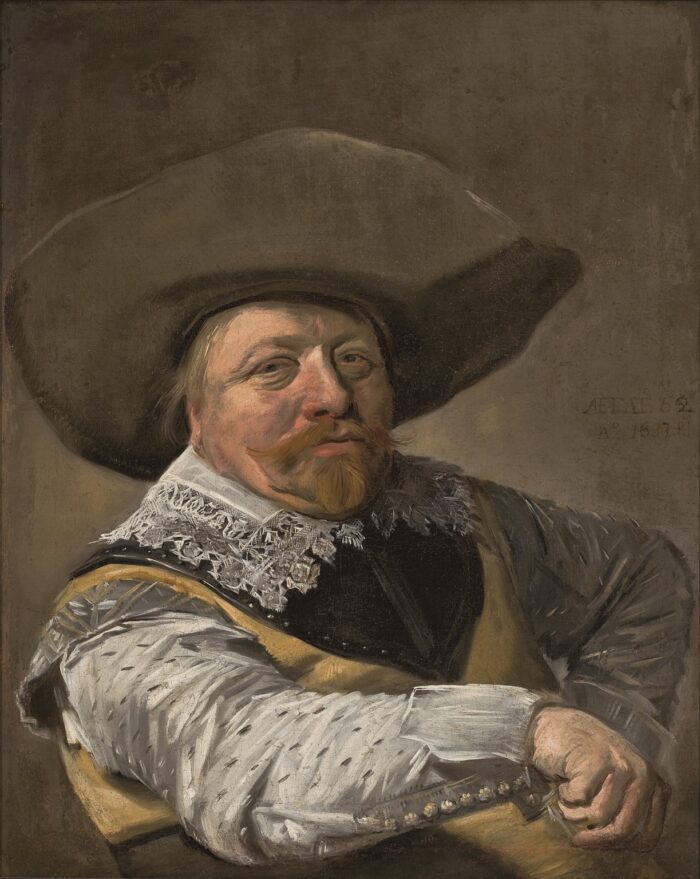 The São Paulo collection also contains Frans Hals’s portraits of the Dutch couple Andries van Hoorn and Maria Pietersdr Olycan, who belonged to the elite of Haarlem. Van Hoorn held several important and prestigious posts in the city, and served three terms as burgomaster. The date to the right of his portrait, ‘Aetat svae 38/ An 1638’, indicates not only his age but also the date of his marriage to Maria, who was born in 1608. The embroideries of the costumes and the jewels stress the status of the sitters. The expression of power and dignity displayed in these two pictures contrasts with the casual pose of a third Frans Hals in the collection, the Seated Officer. 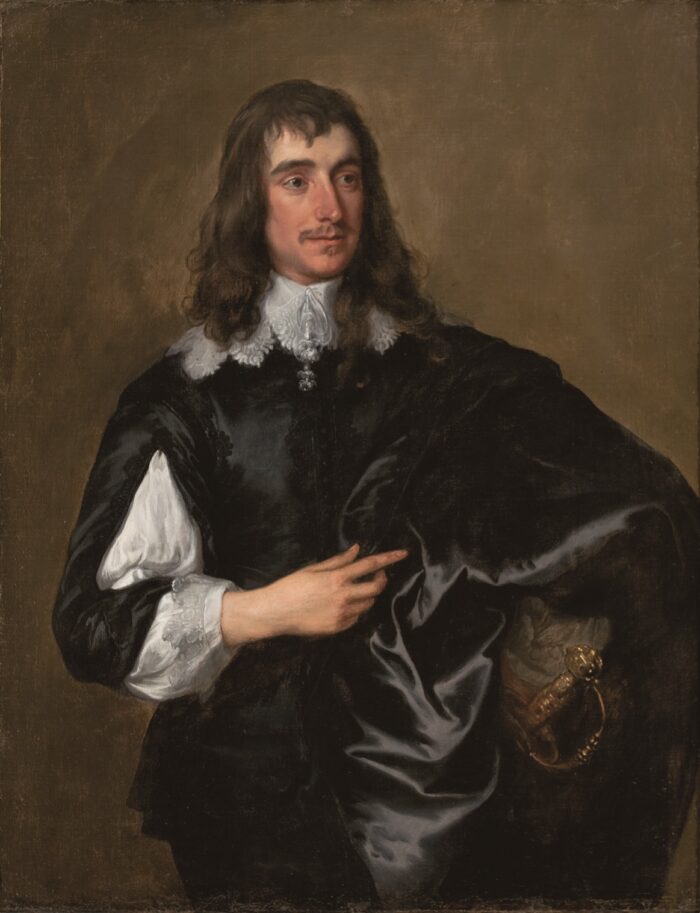 There are also two paintings by Anthony van Dyck. One painted around 1623 is of Marchesa Paola Lomellini Doria with Her Two Children Praying. The elegantly dressed Genoese lady with the two children are apparently praying for the father, who was away at war. The second Van Dyck depicts an elegant young gentleman in an aristocratic pose. Dated c. 1638, it entered the collection as Portrait of an Unknown Gentleman, but the sitter was more recently identified as possibly William Howard, 1st Viscount Stafford (1614-1680), one of the sons of Thomas Howard, the 21st (or 2nd new creation) Earl of Arundel. This identification is not certain and requires further research.

In May 1948 the São Paulo newspapers proudly announced that the MASP had purchased a painting by Rembrandt. It is the Portrait of a Young Man with a Golden Chain, who is wearing a black cap with a green brocade headband and a dark coat with a fur collar. There is a thin chain around the collar of the coat and a larger one draped over the shoulders. The light falling from the left emphasizes the concentrated and enigmatic look of the sitter. Based on references beginning with Smith in 1836, it was presented as an autograph Rembrandt, but that is controversial, because it has also been attributed to Flinck. Although it is not accepted as autograph by the Rembrandt Research Project, one must acknowledge its quality, which would be enhanced and clarified by restoration.

One painting that deserves further study is the portrait of Archduke Albert VII of Austria by Peter Paul Rubens and studio. This work could be one of the many pictures Rubens produced of his patron. It is a full-length portrait dated between 1615 and 1632.

More recently a valued and interesting group of six Dutch paintings entered the MASP. They are in need of further research and treatment, and include a landscape attributed to Jacob van Mosscher, a church interior by Pieter Neeffs, a marine by Ludolf Bakhuysen, an animal piece by Jan van Oolen, a harbour scene by Gerrit Willem van Blaaderen, and a genre painting by Jan Fyt. All were generously donated posthumously in the 2008 will of Dieuwertie Aalte Kooiman Meyer, who lived part of the year in a small town in the state of Paraná, where her husband had been a company director.

Eugênia Gorini Esmeraldo is Loans coordinator, Museu de Arte, São Paulo, Brazil. She has been a member of CODART since 2009.