It is always a delight to present works of art from private collections to your audiences. It becomes something even more special if these are little known. If, moreover, you are able to exhibit a cream selection that the owner is happy to give on long-term loan to your institution, you may count yourself particularly fortunate. Such has recently happened to the Scottish National Gallery in Edinburgh. Thanks to the generosity of the present Marquess of Bute, some of the finest northern European Old Master paintings from the famous Bute Collection at Mount Stuart are currently on public display in Scotland for the first time in more than sixty years.

CODART members who joined the trip to Scotland in 2002 may remember some of the paintings in the exhibition, as they had the privilege to view the private rooms at Mount Stuart. The house, a magnificent Victorian Gothic mansion on the Isle of Bute in the Firth of Clyde, about an hour from Glasgow, was built by the 3rd Marquess of Bute and is home to one of the greatest collections of Old Master pictures in the United Kingdom. Nineteen Dutch, Flemish, early Netherlandish and French masterpieces are on show, and this is the largest display of works from the estate seen in public since the 1949 Edinburgh Festival.

Among the highlights are two exquisite rural landscapes from about 1650 by Aelbert Cuyp (1620-1691), an artist enormously popular with British collectors in the eighteenth century, and an important winter landscape by Aert van der Neer (1603/04-1677). Jacob van Ruisdael’s impressive Mountain Landscape with a Waterfall (ca. 1665-70) is shown alongside his rare winter view of Amsterdam (fig. 1), appearing for the first time in a public exhibition. 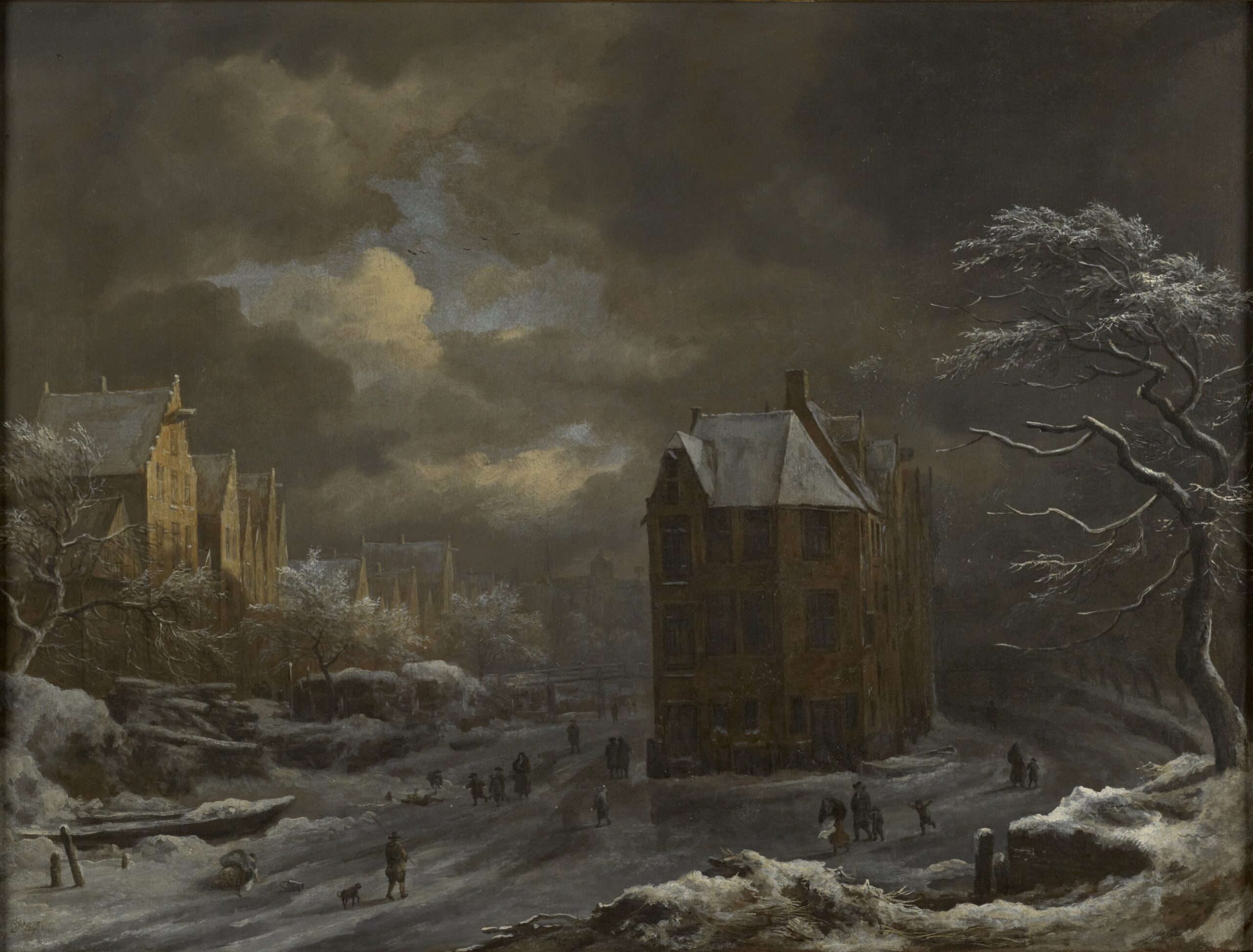 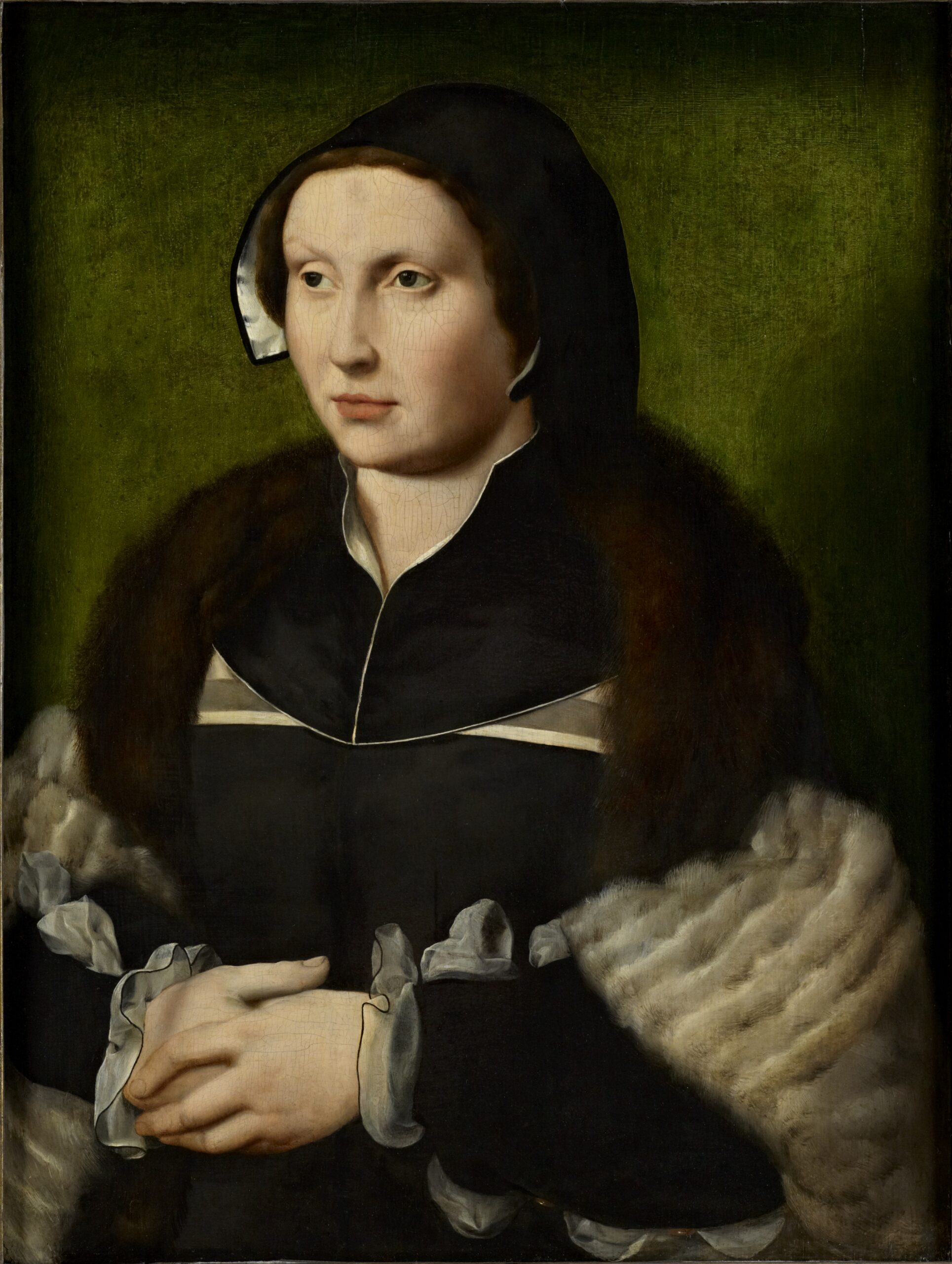 The portraits on display include Jacob Jordaens’s beautiful picture of a girl (probably his daughter) with cherries, from the late 1630s, and Joos van Cleve’s enigmatic Portrait of a Lady (ca. 1530, fig. 2). Also exhibited is a remarkable group portrait by Antoine Le Nain (ca. 1600?-48), depicting the artist and his two painter brothers in the studio they shared in Paris.

One of the most outstanding works in the Bute Collection is Willem (Guillam) van Haecht’s picture of an imaginary art cabinet (fig. 3) – a room housing a rich collection of paintings and artifacts – which is one of only five such works by this Antwerp artist. The painting dates from around 1630 and, although the collection it depicts is an imaginary one, most of the artworks can be identified, including Van Dyck’s Mystic Marriage of Saint Catherine at centre front, which is now in the Royal Collection. 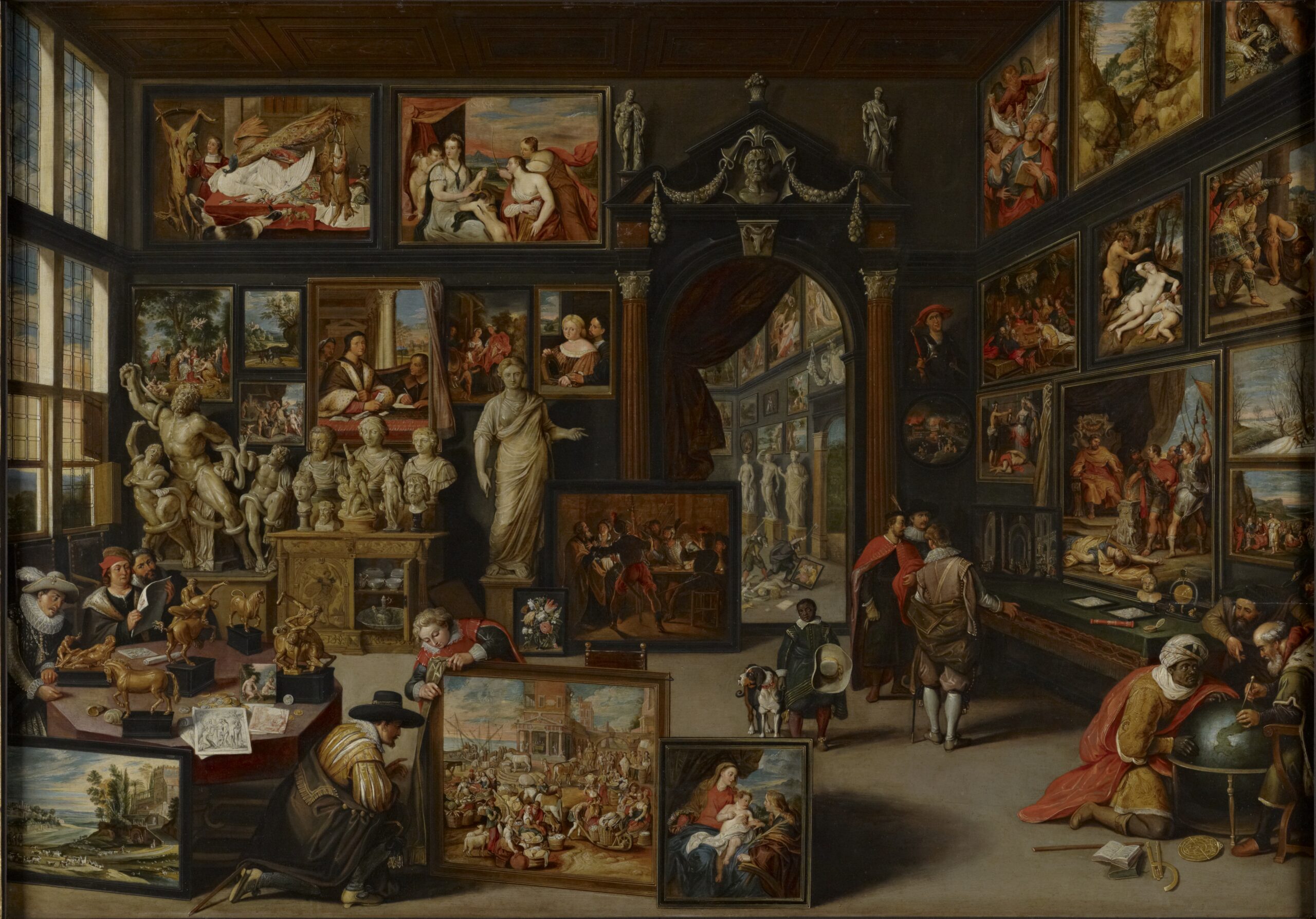 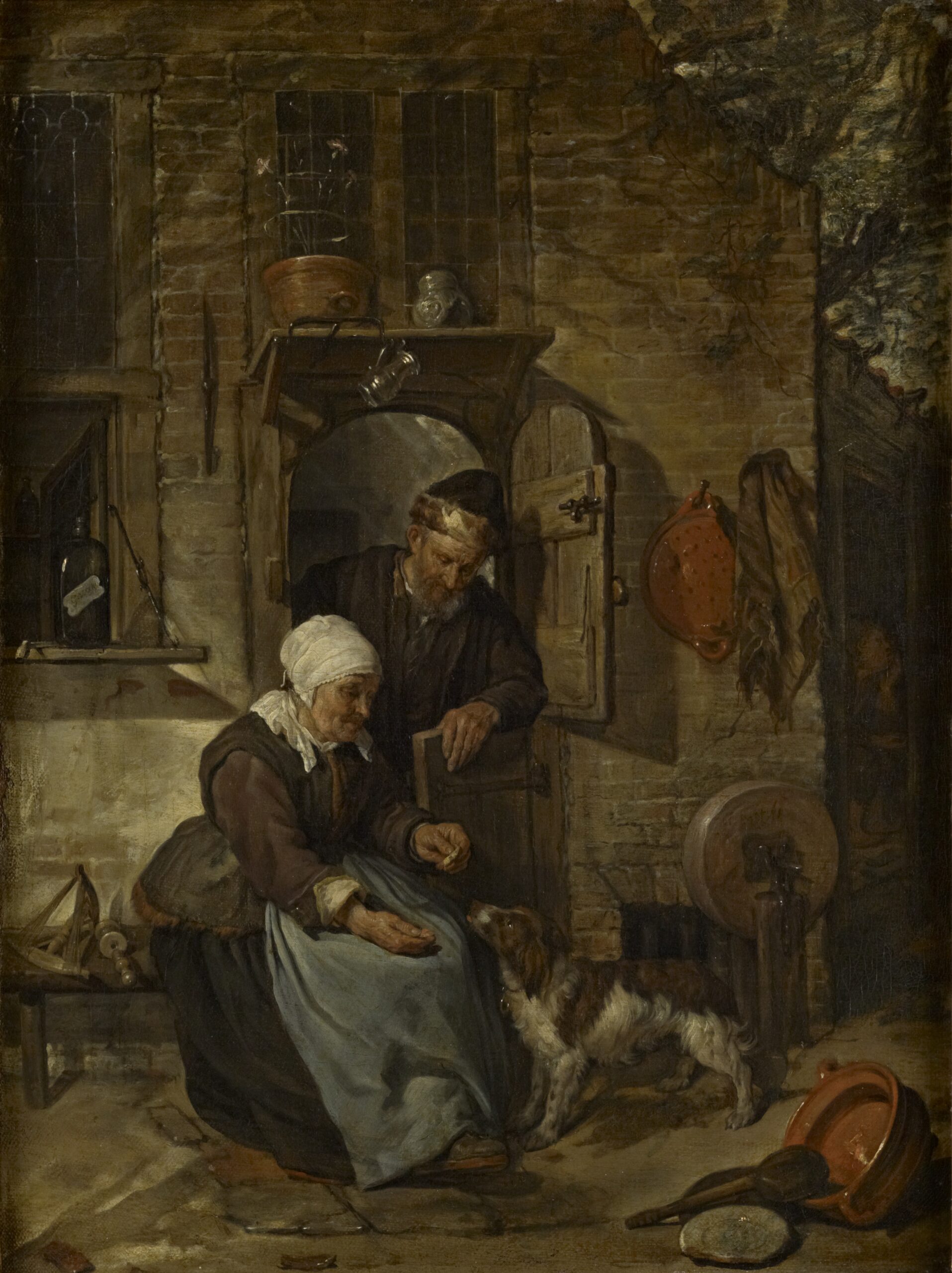 The celebrated Bute Collection – which was formed by the Stuarts, later Crichton-Stuarts, earls and marquesses of Bute – now resides at Mount Stuart on the Isle of Bute, the ancestral home of the family for over six hundred years. The core of the collection was formed in the second half of the eighteenth century by John, 3rd Earl of Bute (1713–1792) and his son, John, 4th Earl and 1st Marquess (1744–1814). Although not the first, it was arguably one of the greatest collections of seventeenth-century Dutch paintings in Britain, and influenced the taste of other collectors of the late eighteenth and early nineteenth centuries. 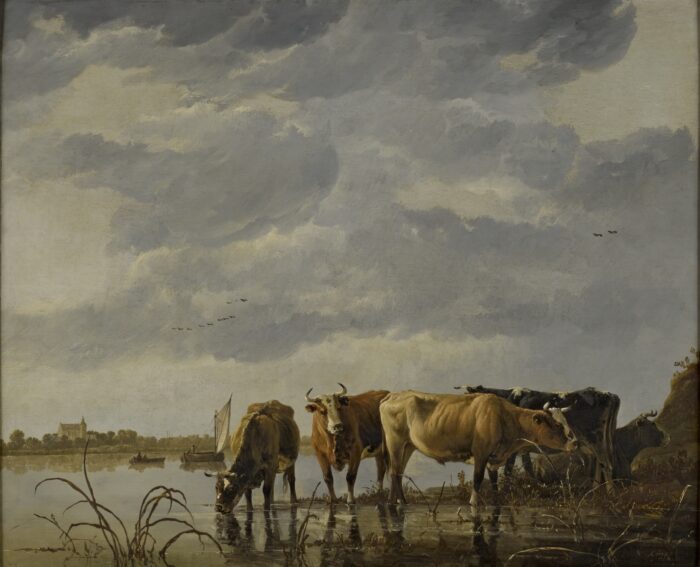 The 3rd Earl may well have developed a taste for seventeenth-century Dutch paintings while studying at the universities of Groningen and Leiden. In 1736 he married the eighteen-year-old Mary Wortley Montagu, only daughter of the immensely wealthy Edward Wortley Montagu. The 3rd Earl was appointed a Lord of the Bedchamber to Frederick, Prince of Wales in 1750, and Groom of the Stole to George, Prince of Wales in 1756, and reappointed as such after George’s accession to the throne in 1760. That same year the death of Bute’s father-in-law transformed his financial position and he could now collect on a grand scale. In 1762-63 Bute served as prime minister to King George III, and afterwards transferred his building and collecting ambitions to Luton Hoo, his house in Bedfordshire, sadly destroyed by fire in 1843. He preferred Dutch and Flemish art, and was particularly keen on Dutch genre painting from the mid to late seventeenth century, including the work of Metsu, Ostade, De Hooch and Steen, all of which feature in the exhibition. The landscape painter Aelbert Cuyp (fig. 5) was his particular favorite. Bute was among the very first collectors to bring Cuyp’s paintings to Britain. He owned at least five paintings by the artist, two of which are included in this display.

Successive marquesses added to the collection, perhaps most notably the 4th Marquess (1881–1947). He purchased Pieter Saenredam’s masterpiece, The Interior of St. Bavo’s Church in Haarlem, acquired by the Scottish National Gallery in 1982, as well as Jacob van Ruisdael’s Winter View of the “Hekelveld” in Amsterdam. Over the years, the paintings were placed in a number of Bute family residences, including properties in London and later at Dumfries House and Cardiff Castle. During the 1940s and 1990s, the paintings were transferred to Mount Stuart. 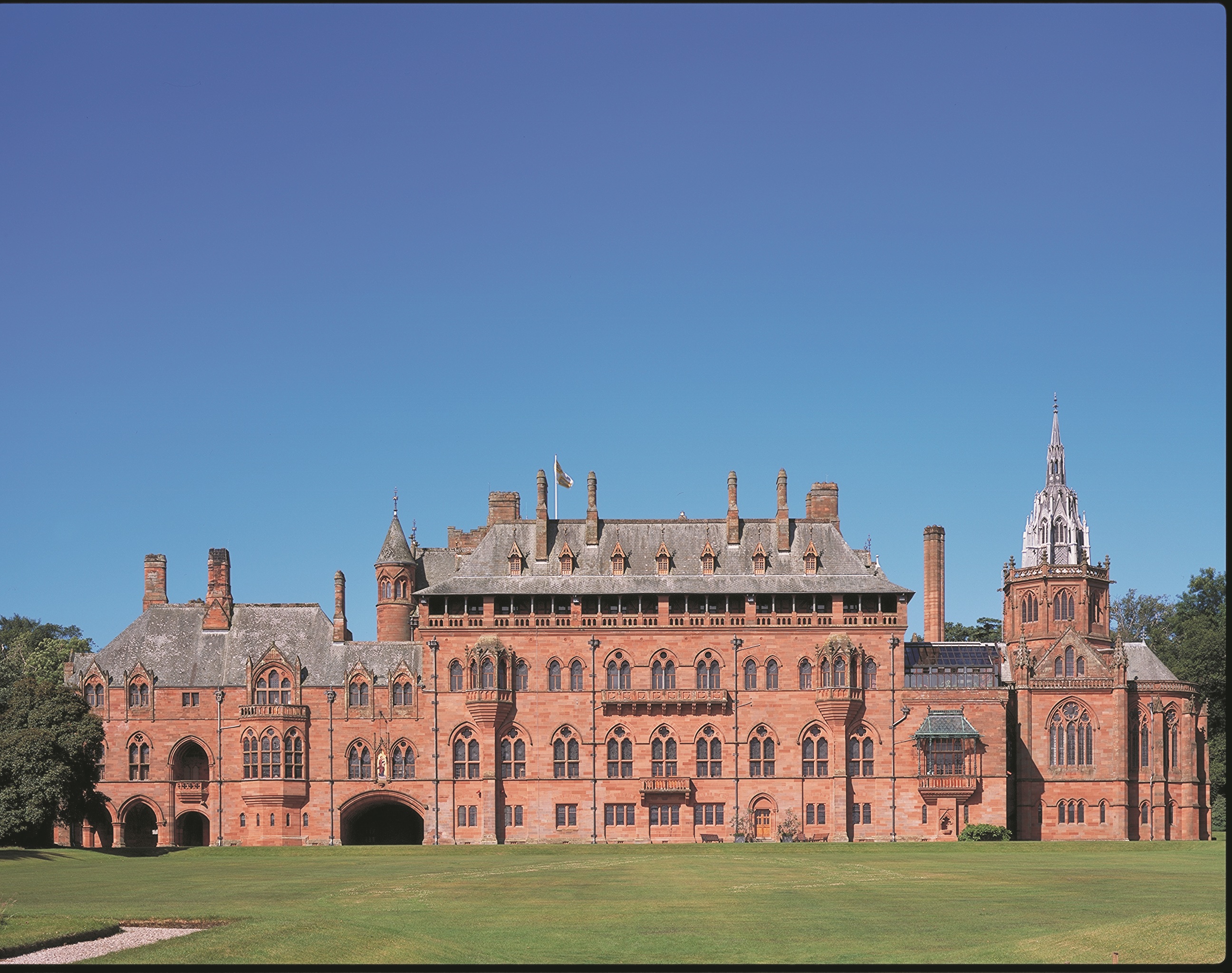 6. Mount Stuart from the east (photograph by Keith Hunter)

The “new” Mount Stuart (fig. 6) on the Isle of Bute replaced the early Georgian building destroyed by fire in December 1877. It was the creation of John Patrick Crichton-Stuart, 3rd Marquess of Bute (1847–1900), who was one of the greatest architectural patrons in nineteenth-century Britain. Working with his architect, Sir Robert Rowand Anderson, who also designed the Scottish National Portrait Gallery, Bute built a remarkable gothic palace. Fusing powerful architecture with intricate details and rich decoration, they created one of the finest gothic revival interiors in the British Isles. However, the medieval inspirations behind Mount Stuart should not disguise the fact that this was a house at the forefront of modern technology and building techniques: it had the first electric lighting, modern central-heating system, telephone and passenger lift in all of Scotland; it was also the first house in the modern world to boast a heated indoor swimming pool.

Today, Mount Stuart is a visitor attraction – its opening to the public in 1995 acted as a catalyst for the resurgence of the tourist industry on Bute, traditionally Scotland’s holiday island. An award-winning contemporary visitors’ center was opened in 2001, major restoration and redecoration works have been undertaken in the house, and an innovative contemporary visual arts program, also begun in 2001, has gained international recognition. At the heart of this enterprise remains the extraordinary Victorian mansion as realized by the 3rd Marquess of Bute, which houses the equally remarkable art collection of the 3rd Earl of Bute and his son the 1st Marquess, formed in the second half of the eighteenth century.

Christian Tico Seifert is Senior Curator of Northern European Art at the Scottish National Gallery, Edinburgh. He has been a member of CODART since 2006