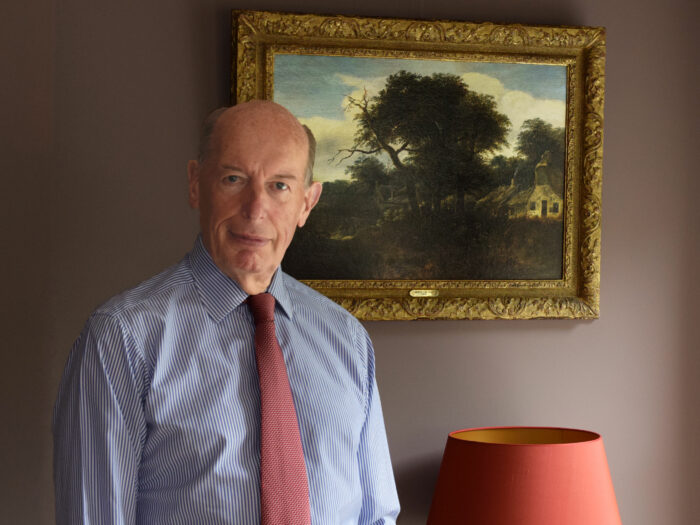 Portrait of Jacques Schraven in front of a Landscape with a Cottage by Gerrit van Hees (act. 1660-70)

Jacques Schraven joined CODART as a Patron in 2016. Trained as a lawyer, during his long career Schraven did legal, financial and commercial work for a number of businesses, but mainly for Shell, becoming President Director of Shell Nederland. He worked for Shell in Curaçao, Venezuela, Argentina and the United Kingdom, among other places. From 1999 to 2005, Schraven was chairman of the Dutch employers’ organization VNO-NCW. He is currently chairman of the Supervisory Board of Tata Steel Nederland B.V. In addition to holding several other positions in the business sector, Schraven fulfills supervisory roles at SEO (the Stichting Sociaal Economisch Onderzoek, or Socio-Economic Research Foundation), The Hague Institute for the Internationalization of Law (HiiL) and De Baak, Management Centrum VNO-NCW. He was also a member of the Supervisory Board of the Mauritshuis at the time of the museum’s privatization and later chairman of the Friends of the Mauritshuis. Jacques Schraven is married to Gien Swart, who was present at this interview. They have a daughter and two sons.

Jacques Schraven was almost the first to sign up for the CODART TWINTIG Congress in Warsaw, which he attended as a Patron – reason enough for an interview.

You are a lawyer by profession and spent years in the world of business. What turned you into a collector?

JS: I certainly wouldn’t call myself a collector. In my view, collectors are professionals who target acquisitions according to a preconceived plan, and seek the advice of experts. A collector also sells works in order to buy other works, thus “perfecting” his collection. My collecting style, on the other hand, is purely intuitive.

Let me put it another way: when did you start to buy art, and why?

In 1995, Frits Duparc asked me to join the Supervisory Board of the Mauritshuis. The museum was being privatized and thus had to raise its own revenues. The Board was composed of a number of experts on art, such as Egbert Haverkamp Begemann and later Christopher Brown, people from the public sector, and a number of people from the business world, such as myself. At that time I already had an Old Master hanging on my wall, namely a small landscape by Adriaen Baudewijns. That was an impulsive purchase; I was still just a young man of thirty-four! That landscape is still hanging here, in my house, just as I bought it, in the old frame and uncleaned. During my time with Shell in London, I spent my lunch hour visiting auction houses to see what was on offer. It was then that I bought my first Bakhuizen. 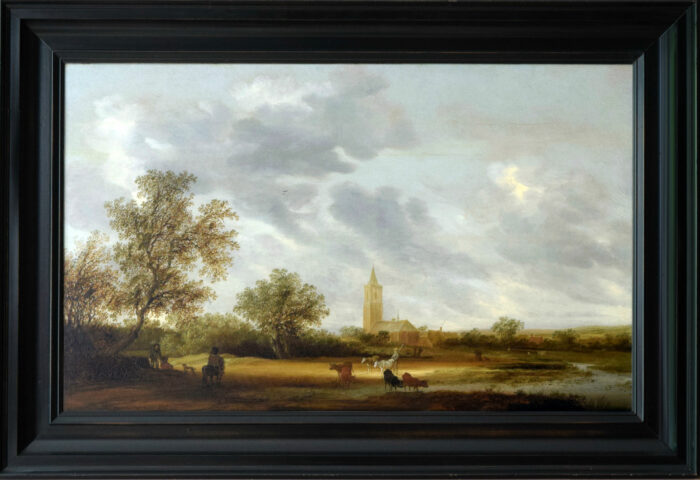 Yes, but before joining the Supervisory Board of the Mauritshuis, I was interested in modern art. In fact, modern art still appeals to me. I love Picasso’s ever-changing work, and I also find the work of Klimt and Schiele moving.

GS: And we also have a pastel by Isaac Israëls, Two Bar Maids in a Parisian Café. That work made such an impression on me, I simply had to have it. We both like magic realism, and also Sluijters and Gestel. And sometimes we buy contemporary art as well. We’ve bought works by Aat Verhoog, Hermanus Berserik, Ab Overdam and Lux Buurman, for example. Actually, her work is directly related to the Old Masters.

JS: But because of Frits, Christopher and Egbert, I lost my heart to the Old Masters. I became much more involved with them from an art-historical viewpoint, for one reason because we members of the Board were also responsible for approving purchases. In that period the museum made some spectacular acquisitions, including a magnificent landscape by Hobbema, a flower still life by De Heem, and The Old Man by Rembrandt. I learned a lot from discussing such things as whether the quality of a prospective purchase was high enough to justify spending all our available funds on it, instead of buying another work that would fill a gap in the collection.

If you had become a member of the Supervisory Board of a museum of modern art, would you have begun to collect modern art?

JS: Yes, perhaps, but Frits Duparc happened to be the one who infected me with the collecting virus. When I was with Shell, we set up a prize for young artists, and made it possible for the winners to exhibit their work throughout the country. But with contemporary art it’s much more difficult to decide what will stand the test of time. It was easier for Shell to contribute to other projects, such as our sponsorship of the publication The Paintings of the Willem van de Veldes: A Catalogue of the Paintings of the Elder and Younger Willem van de Velde by Michael S. Robinson. A mouth-watering project.

You two have travelled a lot and have lived abroad for long periods. Has that influenced your view of art?

JS: Yes, of course. We spent thirteen years in London, for example, and we visited many of the city’s museums. We also lived in Argentina, which was once a rich country. It still has a number of interesting museums, although music is a much more important part of the culture there.

Could you tell us more about your collection? 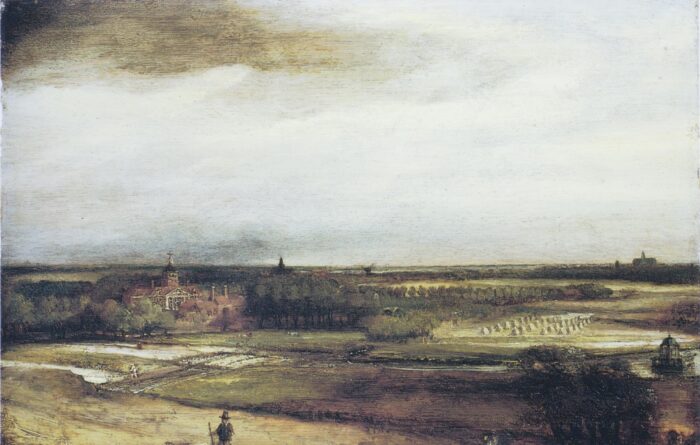 JS: Gladly. As you can see, we mostly have Old Masters on the wall, and here and there a modern or even contemporary accent. I happen to be keen on ocean sailing, which explains my preference for the work of Bakhuizen, for example, by whom I own two paintings. But I also love landscapes, such as this small painting, which depicts the bleaching fields and the church of Haarlem. It was long attributed to Rembrandt because in 1651 he made an etching called The Goldweigher’s Field with the same view. The experts now maintain that it’s by Philips Koninck, who worked in Rembrandt’s studio. We also have a lovely landscape by Salomon van Ruysdael and a number of watercolors by Balthasar van der Ast. I must admit, it’s always tempting to visit the PAN and TEFAF.

GS: The Van der Ast was my choice. But at a certain point I said: no more!

And in spite of that “no more” – are you still dreaming of certain acquisitions?

JS: Oh yes, I still regret not buying a Coorte when the opportunity presented itself. And I’d very much like to add a flower still life or a basket of fruit by De Heem to our collection, but we’ve agreed to take it slowly! 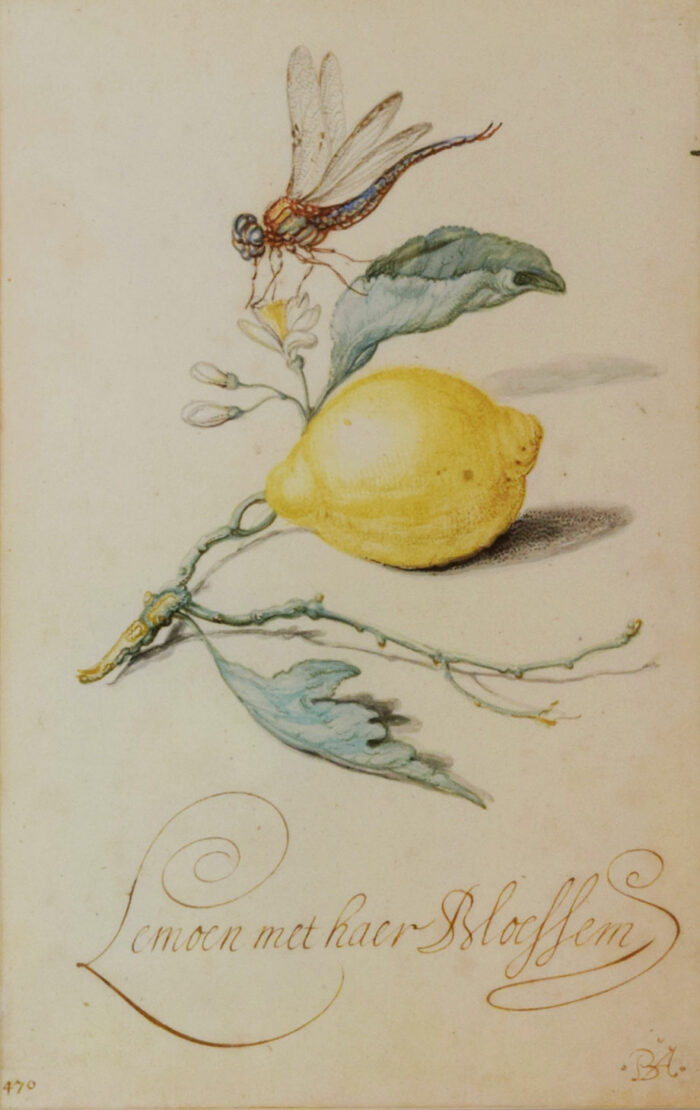 In all the years that you’ve been going to museums, have you noticed any particular developments, also internationally?

JS: Something that is really noticeable is that museums are getting better and better at telling their “stories,” and this holds true for everything, from the hanging and the lighting to the wall texts and visitor support. The catalogues have become works of scholarship, and the curators have become better at communicating with the public and helping them to understand what are sometimes complex subjects. Visiting exhibitions has therefore become a much more enriching experience. The downside is that other people have also noticed this, so museums can be very crowded nowadays. Still, it’s fantastic, of course, that there are so many more visitors. Attendance numbers have doubled at the Mauritshuis since I’ve been on the Supervisory Board.

It’s also good that museums are making greater efforts to make contact with the public, also outside opening times, such as by holding private views for businesses. Of course those visits are reserved for the happy few, but they are certainly appreciated and the museum benefits as well.

It all used to be more passive, but the museum world has become so much more dynamic and professional. And you see more and more young, enthusiastic curators.

Sponsorship, private views, – what is your vision of the cooperation between businesses and museums?

JS: As a businessman, I’m a great advocate of businesses taking responsibility as corporate citizens. Culture is an integral part of that. For instance, Shell collaborates intensively with the Mauritshuis, the Gemeentemuseum, the Vredespaleis, to name only a few examples in The Hague. The Van Gogh Museum has received material help with paint analysis; that research was also of interest to Shell’s chemical department. We’ve collaborated in a similar way with the Mauritshuis. In addition to such cultural-scientific projects, though, I think it important that businesses provide an example of good citizenship by supporting projects in the field of education, research and sports.

Businesses can support projects that would otherwise be impossible to realize. It’s a pity that there is not yet broad support for sponsorship from businesses, and that, in contrast to sponsorship from private individuals, the authorities do not actively promote it. 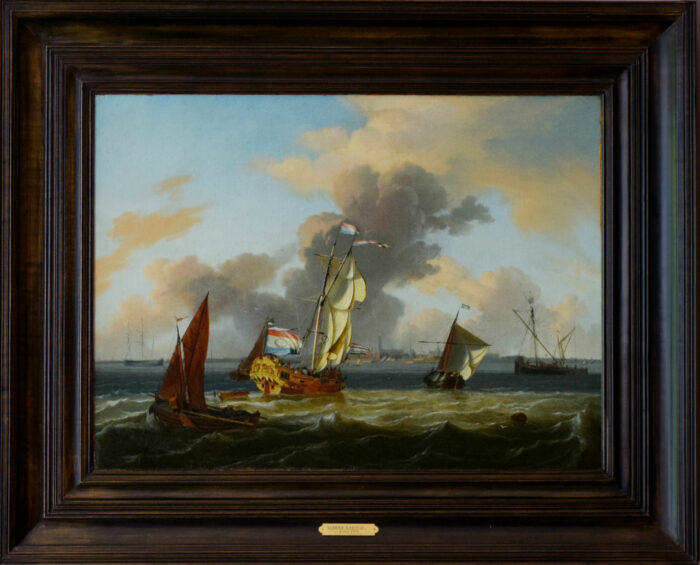 Naturally, the risk of sponsorship from businesses is that the sponsorship budget decreases in times of economic decline. You can’t be seen to be spending money on other things if you’re forced to reduce staff. As a museum, therefore, you shouldn’t be dependent on the business world, because it would make you much too vulnerable. I’m glad that museums themselves have become so much more enterprising, but it must be said that the sharp decrease in government support of such institutions is bad policy. Sponsorship must take place in a wise and well-considered way, but it can never take the place of government funding.

Last year you became a Patron of CODART. Why?

GS: Because it’s a unique way to come into contact with curators. I hope that we “amateurs” will be able to learn a lot from them and support their work.

JS: Curators form the bridge between us and art as we perceive it, but our knowledge is naturally much more limited. Not only can they teach us a lot about art history in general, but what a curator has to say about a certain object of art can make it much more interesting.

I think it is very good that CODART aims to support the quality and professionality of the curatorial profession by bringing fellow curators together. The more frequently curators come into contact with each other and see other places, the more they learn about best practices. In the business world, too, I’ve seen that such contacts can have an enormous impact on your professional practice and your career. CODART’s activities also contribute to good contact and better understanding between curators and museum directors, which is crucial to the development of interesting exhibitions.

Jacques Schraven has been a Patron of CODART since 2016.