Portrait of Thomas Leysen in the garden of the Rubenshuis

Thomas Leysen studied law at the Catholic University of Leuven (Belgium) and went on to build an impressive career in the world of business. For years he served as CEO of Umicore and also acted as chairman of the Federation of Belgian Enterprises (VBO). In 2011 he was named chairman of the board of the KBC group in Brussels. He also holds numerous executive positions in the cultural world, serving, for example, as chairman of the Rubenianum Fonds and as a member of the board of the Cultural Heritage Fund of the King Baudouin Foundation and of the European Friends of Versailles. In addition, Thomas Leysen is chairman of the Friends of CODART Foundation, in which capacity he has succeeded in enlisting new Patrons. He was also one of the instigators of the CODART Patrons Workshop, held for the first time during TEFAF 2012 – all reasons for an interview with a passionate businessman who, as he himself admits, suffers from a serious condition: the collecting bug. 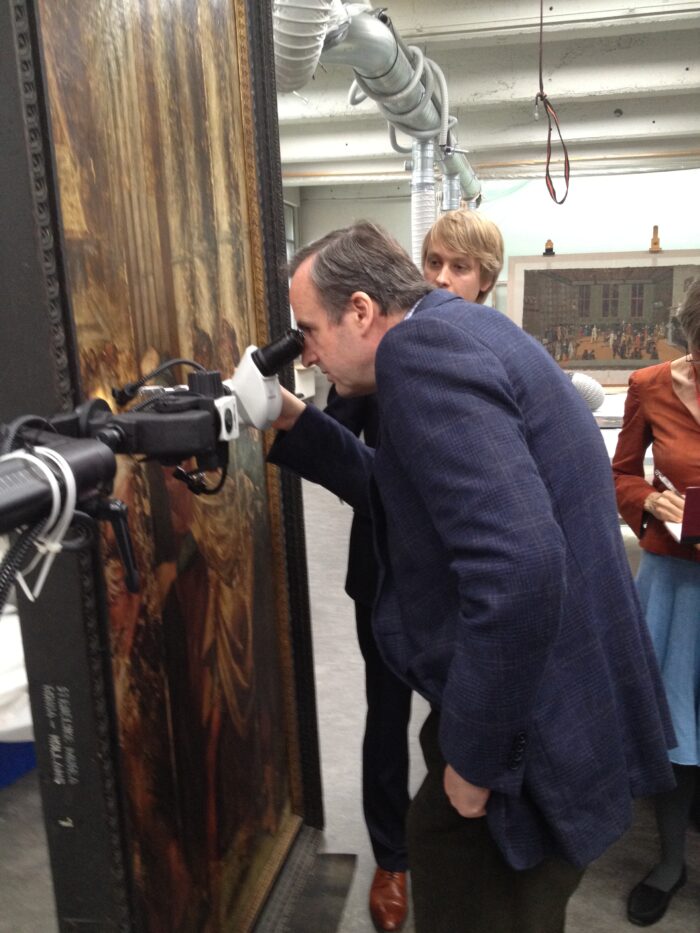 Thomas Leysen during the Patrons Workshop in 2012

You come from a family of entrepreneurs. Did you inherit your interest in the fine arts and your passion for collecting from them?

I’ve been going to museums since I was a child. We had a lot of art books at home and many art historians were among the regular visitors to our house. Even so, I never seriously considered making art history my profession, although I did study art history for a year, alongside my studies in law at the Catholic University of Leuven. So in fact I did get my interest in art from my family, and later on I delved into it more deeply. It has only been ten or twelve years, however, since I caught the collecting bug (which is a rather serious condition once it takes hold).

Would you please tell us about it in more detail?

My interest in the fine arts led me to visit all kinds of art fairs, such as TEFAF, without buying anything, simply as an observer. My first purchase was actually a drawing, which I bought at the age of fourteen with money my grandmother had given me: a work by the French draftsman Jean-Louis Forain. My later purchases were mainly modern and contemporary prints. 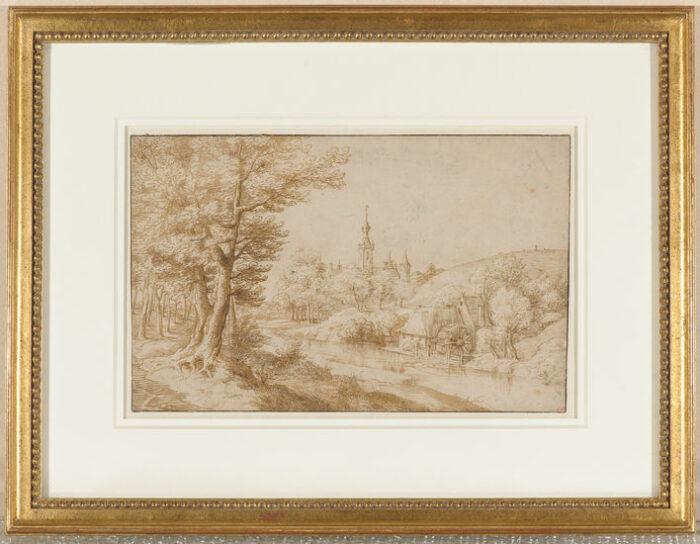 Around 2000 I bought my first old drawing: an anonymous Flemish landscape drawing, which I purchased at an auction in London. I still haven’t discovered the name of the artist who drew it. This was soon followed by a drawing by Hendrik van Balen – a preparatory study for an allegorical painting now preserved in the Hermitage – and other sheets, chiefly Flemish landscapes. Several years later I started to buy paintings, at a time when I had some financial resources that were not tied up. After that, things started to move rapidly. I began to follow the most important international auctions. Nowadays I buy a lot at auctions, but often from art dealers as well. After my fifth or sixth acquisition, I knew that I’d caught the collecting bug and that the condition was probably incurable.

How would you describe your collection?

My collection focuses on Antwerp masters of 1500 to 1650, that is to say, from Quinten Metsys to the followers of Anthony van Dyck. Sometimes I can’t resist going down a side track, but I try to keep my passion for collecting in check and maintain the focal point of my collection by sticking to my chosen area. The core of my collection consists of portraits, landscapes, and allegorical and mythological scenes. Everything I buy must have artistic merit and make an aesthetic impact: that is the main criterion. Second in importance is the ‘story’ behind the work (the subject in its historical context, and the work’s provenance). The attribution and the condition of the work are less important to me. I have no objection to a high-quality work without a firm attribution, and am less obsessed by the condition of a work than many other collectors or curators. Even so, both a work’s condition and its possible author are important in assessing the monetary value of a piece of art, so these things must be taken into consideration. 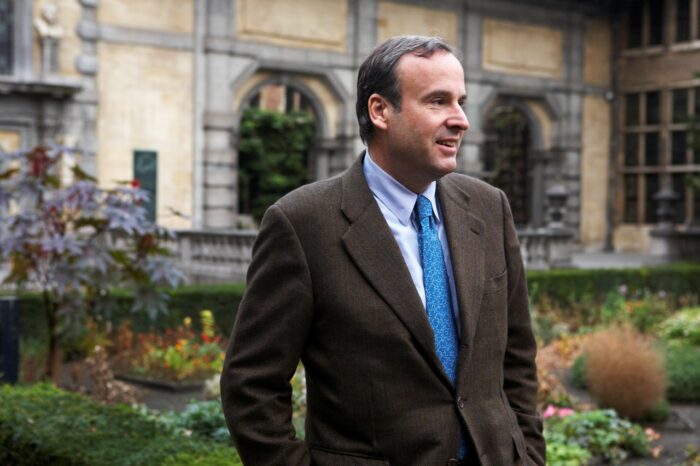 Portrait of Thomas Leysen in the garden of the Rubenshuis

What about succumbing to other ‘temptations’, such as buying contemporary art? How do you explain that?

In such cases I let myself be driven by the aesthetic impact. If I fall for a work at first sight, and my wife does too, then we happily splurge on something outside our main field of interest.

We know you mainly as an art collector. Are you equally passionate about other arts, such as music or literature?

I read rather a lot and appreciate good literature and music, but I’m not passionate about them to the same degree. But I am passionately involved in the restoration of a seventeenth-century house in the center of Antwerp, and this has taught me a great deal. I’m fascinated by the history of my city. 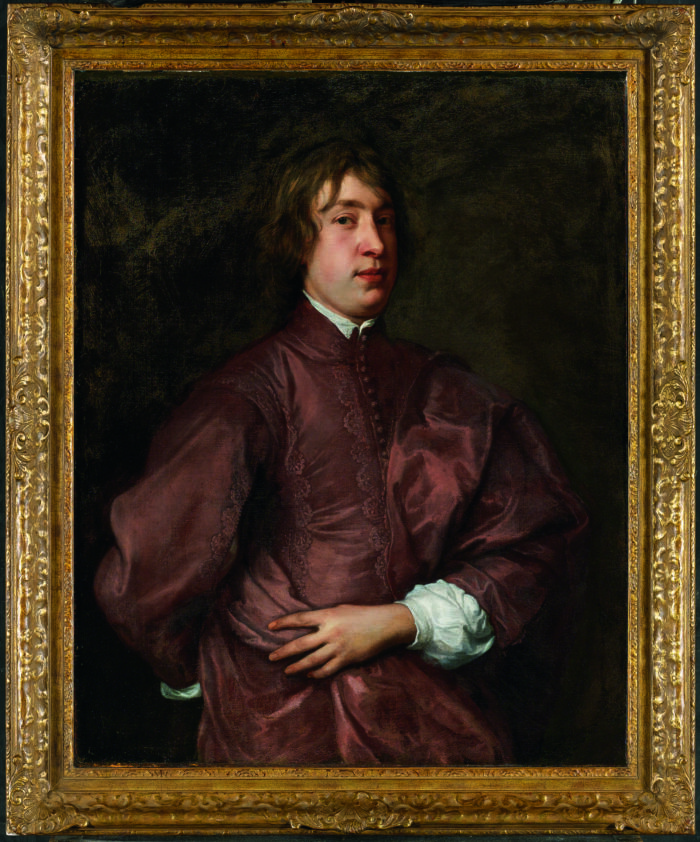 You lend many artworks to museums. Why?

My present house and my offices don’t have enough space to hang everything to best advantage. I’d be very sorry to relegate certain works to a hidden existence somewhere in a depot, so I pro-actively offer them to museums. At the moment there are twelve on loan to museums in Belgium, the Netherlands, France and the United States. This way others can enjoy them too. Often, when works are lent out, additional information about them comes to light. And of course it’s good for your collector’s ego to know that works from your collection are good enough to be shown at the Metropolitan, the Louvre, the Rubenshuis and the Frans Hals Museum.

For years now you’ve held important positions in the business world, but you also give a great deal of your time to social organizations, particularly cultural institutions. You’re a member of the board of the Cultural Heritage Fund of the King Baudouin Foundation and you’re a successful fundraiser for the Corpus Rubenianum. Not only that, but you’re the current chairman of the Friends of CODART Foundation. You play a key role in all these organizations. Why do you find this so important?

I consider each and every one of them important and valuable institutions, and if I’m asked to serve on the board, I find it difficult to say no, especially if I think that my contribution could actually make a difference. It’s certainly no sacrifice, though. I also get a lot out of it, and that inspires me in other areas. I come into contact with fascinating people, doors open up for me in the international art world, I gain access to a great deal of knowledge, and it is immensely satisfying to achieve our common goals. 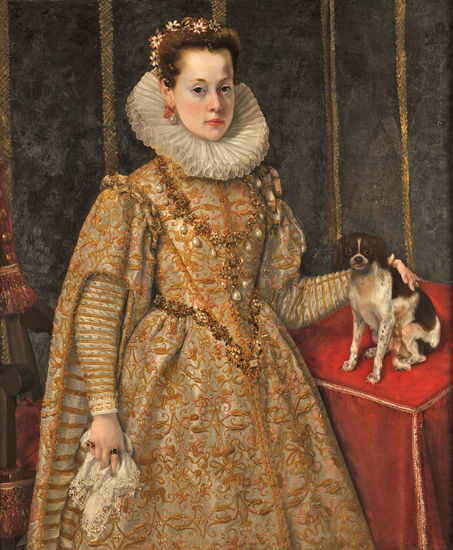 What do you hope to achieve as chairman of the Friends of CODART Foundation?

The Friends of CODART Foundation needs to give CODART financial flexibility and additional room to maneuver, certainly in the present-day context of governments in the process of withdrawing their support of the arts and economizing more and more on serious culture. It’s also important to create a broader basis of support for CODART. One goal is for the Friends of CODART Foundation to contribute to straightforward, professional relations between curators, on the one hand, and art collectors and the art market, on the other. Perhaps we can overcome a certain wariness that often prevails between these groups.

Last year we succeeded in attracting more benefactors and Patrons for CODART, but we can do much more. The Patrons Workshop organized during last year’s TEFAF was a fine example of collaboration, with several members of CODART generously sharing their knowledge with a group of Patrons. Another such workshop will be held during the upcoming TEFAF, and we hope that these events will become a tradition. In the future it will also be possible for Patrons to attend certain parts of the yearly CODART congress. CODART could likewise play a role in encouraging private collectors to lend their paintings to the appropriate museums.

How did you hear about CODART, and how did you first come into contact with it?

I’ve long known the website as a particularly valuable tool for every lover of Dutch and Flemish art, but it wasn’t until a couple of years ago that I came to know the organization better. I was immediately impressed by the network’s international range, and I’m amazed at how much can be accomplished by such a small team. 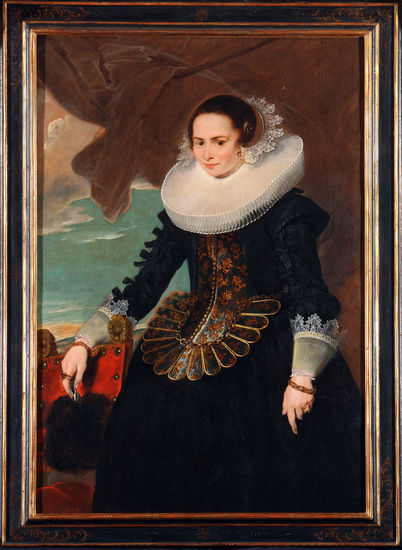 Why, in your opinion, is CODART important?

CODART in an indispensable network for museum curators. The website first made me aware of this, but when I attended the CODART VEERTIEN congress in Brussels in March 2012 I witnessed the enthusiasm CODART generates and how much its members benefit from these gatherings. Another thing that struck me is that CODART does not confine itself to the circle of museum professionals, but reaches out to others, through its website and the eZine, thus enlarging the platform for Dutch and Flemish art.

You’re actively involved in policy-making aimed at sustainable business and a green economy. Do you have anything to say to the museum world in this regard? Or do you see these as totally separate areas?

As far as a green economy is concerned, I don’t see a direct link to museums. But the concept of sustainability is naturally connected with conservation as such, with the preservation of everything of value and passing it on to succeeding generations. In this sense museums and curators certainly fulfill an exemplary role.

Do you, as an active entrepreneur and successful businessman, have any special message for museum curators?

Whether we like it or not, the global trend is for governments to give less and less money to cultural institutions, including museums, so we must make more of an effort to raise our own funds. In Europe in particular, this will require a different mindset, and it would be good for us to tackle this problem in a more pro-active way. In my view, this is not only a job for directors, for it is precisely the curators whose authority, expertise and contacts with collectors and art dealers can lead them to make decisive contributions, to the benefit of their institutions. This must be done with ethical integrity, of course, and with the necessary professionalism. But it is better to embrace the inevitable in an intelligent way than to ignore it until it is too late.