After years of rising visitor numbers and a successful 2019 celebration of the 350th anniversary of Rembrandt’s death, the Rembrandt House museum in Amsterdam was poised, at the start of 2020, for a major renovation and extension. Its 7 million euro Master Plan, set to launch in 2021, included an expansion of public space by 30 percent, exhibition renovation, and an upgrade of facilities to double its visitor capacity by 2024.

That was before the pandemic. Now, after three government-mandated lockdowns, a loss of about 75 percent of its visitors and more than 75 percent of its income in a wholly catastrophic year, the largely self-funded museum has postponed its Master Plan until at least 2025, and in the meantime, it is contracting rather than expanding.

“Financially it’s quite a disaster, of course,” said Lidewij de Koekkoek, the museum’s director, in an interview. “We’ve had to cut down expenses extremely and let go about a quarter of our organization. The rest of the remaining staff in the office is taking a cut of about 20 percent of their hours. So I think our budget cuts all together are 1.3 million or 1.4 million euros and we’ll continue that for the next few years.” 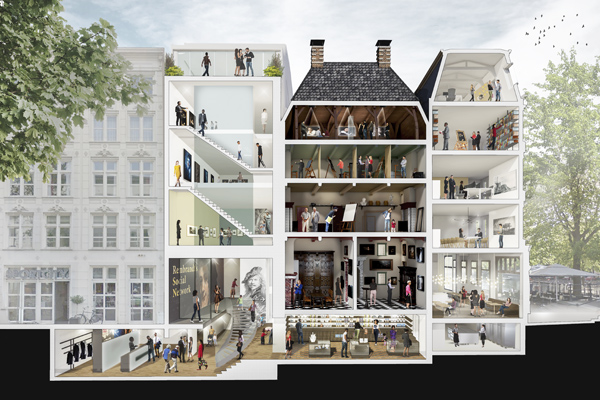 Impression of the expansion plans of the Rembrandt House Museum

The pandemic has had a completely different impact on the Mauritshuis Royal Picture Gallery in the Hague. It has had comparatively little financial strain from coronavirus shutdowns, because the Dutch government has stepped in to cover its losses, and Martine Gosselink, who became its new director in April, just weeks after the first Covid lockdown began, said she has been able to use the down time as a productive “period of introspection.”

“Of course we do have financial worries, but with the aid of our government we’re in a positive position,” she said. “The exact amount we’re losing is made up for by government support.”

The Mauritshuis isn’t heavily reliant on international tourists, because about 60 percent of its visitors are Dutch. “In the weeks that we were open, people came,” she added. “We had a very good summer and everyone who was allowed to come —  about 40 percent of the normal number — was coming.”

As a result of that support, Ms. Gosselink found herself in a rather enviable position. “We spent this time thinking about our mission and what we want to be for the future,” she said. “I think that’s positive. We came up with a beautiful plan.” 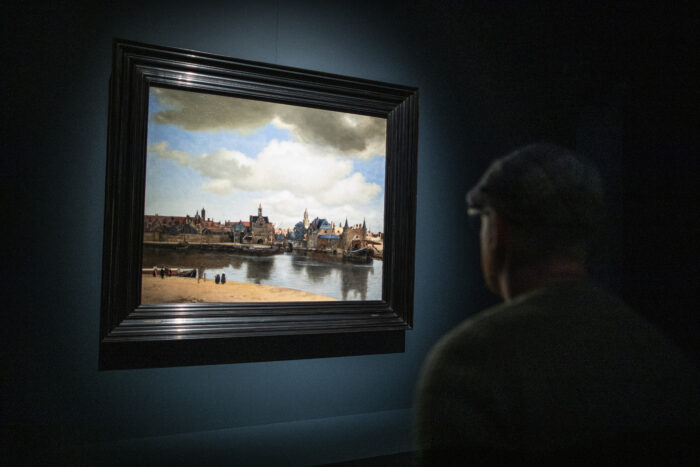 Whether they’ve had the luxury of time for it or not, almost everyone in the world of art and culture has been forced by the corona crisis to reconsider the future of museums and other arts institutions. Most immediately, how can they survive without visitors? And then, what is their role during a global scourge or any other worldwide emergency?

Furthermore, it has encouraged institutions to look back: How much have they relied on ever-rising visitor numbers in planning? Have they taken growth for granted and been lax about protecting their collections in case of a disaster?

In the short term, the coronavirus highlighted institutions’ vulnerabilities and strengths. From a financial perspective, those institutions receiving substantial government support seem more stable in times of health and economic crisis, while those that are reliant on earned income, and especially international tourism, are less protected. But then again, those institutions that are used to falling back on an endowment or philanthropy may ultimately be more self-reliant.

“It forces us, on one side, to change; but it also forces the other side, our public, to reconsider its relationship with us,” said Till-Holger Borchert, director of Musea Brugge, an association of 14 museums in Bruges, Belgium.

Julia Pagel, secretary general of the Network of European Museum Organisations, or NEMO, an umbrella for more than 30,000 museums in Europe, said that the crisis has led to quite a bit of self reflection among museum officials. While government funding is a substantial factor for European museums, emergency support in times of difficulty isn’t always going to be the answer, and institutions have to start to think about longer-term solutions as well.

“What has become really clear is that museums that receive state support are a bit less volatile in this situation,” said Pagel. “What we also notice is that most museums are not able to open up alternative sources of income. That has to change; we have to come up with other sources of income that will work during a pandemic or another crisis — or, you never know.”

At the same time, she added, museums that have learned to rely on government support in Europe, “are not very agile.” So they need to find ways to build support from non-governmental sources as well, such as through philanthropy and perhaps sponsorship.

Most American museums have had a lot experience raising funds without government assistance, but that hasn’t been the case in Europe.  The Nelson Atkins Museum in Kansas City, Missouri, for example, is like many private museums in America, almost entirely dependent on earned income and philanthropy, receiving no government subsidies.

It also doesn’t rely on income from ticket sales — all visitors are welcome for free. Instead, it earns much of its revenue from renting its massive 1933 Beaux-Arts building and modern extension, the Bloch Building, situated on the Kansas City Sculpture Park, for events such as weddings and company parties, which have been nearly impossible for months.

Its director, Julián Zugazagoitia, said that the museum has had to shrink its annual budget from by 25 percent, from about $34 million to $27 million because of income losses, and it has distributed the losses across the institution.

Because the museum has an endowment to fall back on, as well as a relatively stable level of philanthropic donations and sponsorships from the private sector, it will weather the storm and come out okay. “We do feel stable knowing that we can be flexible to use the endowment and that we can adjust our programming,” said Mr. Zugazogoitia in an interview.

Some might find that surprising, as the American model of funding does tend to seem more potentially volatile, and the U.S. government has done little to increase museum subsidies since the crisis began. Germany, by contrast, handed out 1 billion euros of cultural aid in the spring of 2020, which helped stabilize the countries museums, but the second lockdown that began in the autumn has done additional financial damage to the sector. 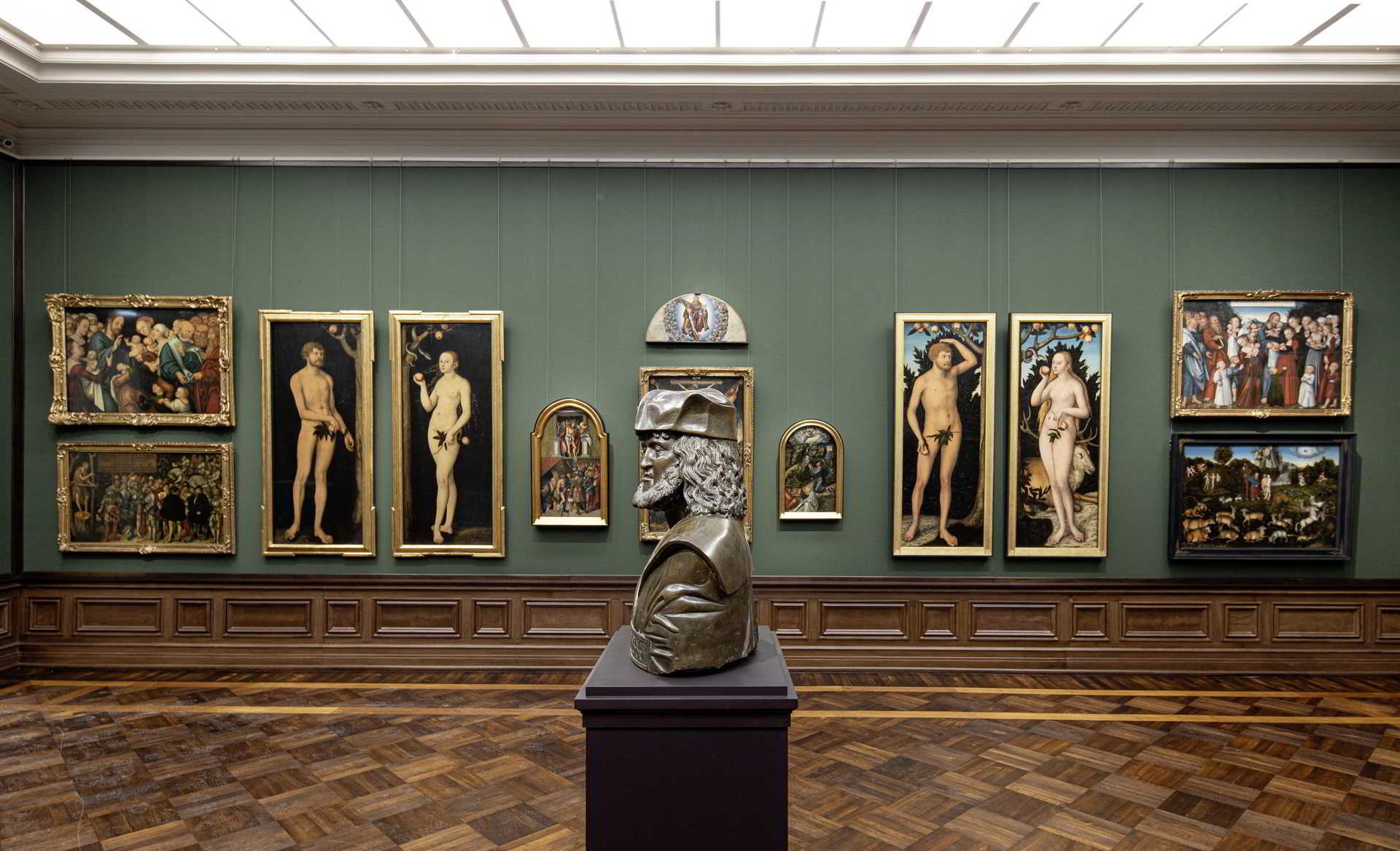 “I don’t feel very vulnerable,” said Uta Neidhardt, curator of Dutch and Flemish paintings at the Gemäldegalerie Alte Meister, Staatliche Kunstsammlungen Dresden in Germany. “It’s still feasible to work under this situation for us.”

Although German museums are faring relatively well in comparison with those in other countries, she said, her museum still has to rely on sponsorships and earned income from sale of exhibitions — which are both harder to come by in this atmosphere.

“I personally think it should be a mixture of both models,” she said. “Especially in times like this pandemic situation it can happen that also private sponsors break down and can’t support you. I think if you have both — a mixture of government support and private support, that would be ideal.”

Borchert of Musea Brugge said that without the support of the Flemish government, the museums in Bruges, Belgium would be having a lot more difficulty surviving right now.

“We do have to say that we lost a lot of money,” he said. “We have been compensated for that by the Flemish government, something like 2.8 million euros, and probably we would have generated 3 million to 3.5 million euros. It’s not unsubstantial.”

He said that museums in recent years have become too attached to earned income streams, and in some cases it has made them stray from their primary role, which is to enrich peoples’ lives.

“If you’re trying to fly on a purely commercial basis, the purpose of the museum is to maximize visitor numbers and profit,” he said. “If that has been your chief goal you’ve probably realized  now that there’s more to the institution and appreciation of cultural heritage and old masters than just the entertainment value.”

The long term game is what’s on most museum officials’ minds right now. It is still uncertain when people will start to travel again, and how much they will want to travel in the future. Now many of those institutions that have built up their institutions and their financial reserves with the help of foreign visitors are rethinking their strategies. Many are expecting that life won’t return to “normal” until 2022 or even 2023.

“Our business model is very much based on visitors from abroad,” said de Koekkoek of the Rembrandt House. “That business model has been based on the idea of the growth of visitors from abroad and it has given us a lot. But when something like this happens it shows how vulnerable we all are, so the need to diversify and look at other sources of income is very much high on the agenda.”

While everyone in the museum world tends to agree that the crisis has taken a toll, a lot of those we interviewed also felt that there were useful lessons to be learned for the future.

Borchert of Musea Brugge said there are still positive lessons from the pandemic experience. “The good thing, I would think,” he said, “is that we probably realize that museums are not to be taken for granted.” He added, “Those who found their way into the museum when we were opened saw it as a more of a necessity to their mental well being. People crave for art and this has to be taken serious and put into the equation.”

Nina Siegal is a journalist and novelist, and regularly contributes to the New York Times covering art and culture in northern Europe. Originally from New York, she has been based in Amsterdam for 15 years.