A flower still life by Nicolaes van Verendael will return to the Suermondt-Ludwig-Museum in Aachen, after it disappeared from the museum during the second world war. The painting will be put on display together with an ivory casket dating from the fourteenth century in the focus exhibition A Tale of Two Treasures. This so-called Minnekästchen has been in the museum´s collection since 1977, but will be returned to the Stiftung Schloss Friedenstein in Gotha, from where it was stolen shortly after 1945.

Information from the museum, 2 March 2015

Nicolaes van Verendael (1640-1691) was one of the most delicate painters of flower still lifes of his time. He was inscribed as a free master in the Antwerp guild of St. Luke in 1657. Although he worked in Antwerp for more than thirty years, his known oeuvre is small. Taking the delicate handling and subtle layering of paint, and the fine detail of his works into account, this is hardly surprising. The Aachen flower painting is a superb example of Van Verendael’s still lifes of flowers in a vase and it is among his best-preserved paintings. The flowers have retained the fine glazes that render them their strikingly realistic texture. The artist did not inscribe many of his works with a date and was rather consistent in style and handling, especially in the 1660s and 70s. The rather airy composition and high degree of refinement of the still life suggest a relatively early date of origin, probably the second half of the 1660s.

The good preservation of the painting is remarkable considering its dramatic journey during and after the Second World War. The painting entered the museum as a gift from Carl Arthur Suermondt (1845-1922), the cousin of Barthold Suermondt, the museum’s name giver. In 1942, together with the majority of the museum’s pictures, Van Verendael’s Flower Still Life landed in the Albrechtsburg in Meissen, near Dresden, where it would remain in storage until 1945, when the city became occupied by a Ukrainian battalion. The storage was ransacked by the Red Army and large numbers of the works of art – especially of the paintings – were transported to the east, ending up in Moscow and Kiev. Several pieces also fell prey to individual thieves.

Our Flower Still Life would end up in the hands of a German woman, called Alice Tittel, together with at least eight other paintings from the Suermondt-Museum. Whether she received the pictures as a gift from the Red Army staff in Meissen, stole the paintings from the poorly guarded storage rooms herself, or bought the paintings at an auction that was organized by the Sowiet authorities for the hungry population in Meissen, as she would claim herself, we will not know for certain. However, Ms. Tittel left Meissen for Berlin, taking the Aachen paintings with her. The American authorities granted her emigration papers to the U.S.A. and Canada, allowing her to bring the paintings along. Nicolaes van Verendael’s Flower Still Life is mentioned on the list that formed part of the customs papers, dated 9 November 1951. Ms. Tittel married, took the name of her husband, Siano, and settled in Tecumseh, part of Windsor, Ontario, on the border of Canada and the U.S., near Detroit. In Tecumseh the painting stayed with Alice Siano until 1954, when she sold it to the well-known New York art dealer Victor D. Spark (1898-1991).

Unfortunately, nothing is known of the picture’s whereabouts between November 1954 – when Spark apparently sold the painting – and 1979, when it resurfaced at the Alfred Brod Gallery in London. One year later the painting popped up with Galerie Fischer in Lucerne where it was acquired by the family that decided to return it to our museum. Thus, after exactly 70 years, Nicolaes van Verendael’s beautiful Flower Still Life, has found its way back to Aachen.

Under the title A Tale of Two Treasures, Nicolaes van Verendael’s Flower Still Life will be exhibited together with a small ivory casket from the fourteenth Century, which has been in the Suermondt-Ludwig-Museum’s collection since 1977. This wonderful casket, a so-called Minnekästchen, will be returned to the Stiftung Schloss Friedenstein in Gotha, from where it was stolen shortly after 1945. With this simple, but beautiful display, we are confronted with two sides of the same coin; the casket and the still life meet at an important crossroad. Between March 12 and June 21 they will enjoy each other’s company. 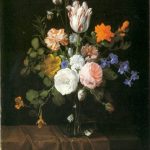 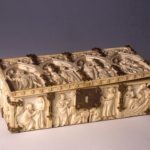 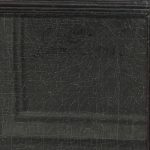 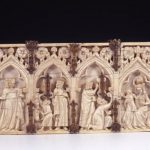