The National Heritage Board (NHB) of Singapore welcomes Dr Alan Chong as the new Director of the Asian Civilisations Museum (ACM), one of the five national museums of Singapore. The announcement concludes an intensive 12-month worldwide search since news of the retirement of Dr Kenson Kwok, the museum’s former Director, was announced in 2008. Currently the William and Lia Poorvu curator at the renowned Isabella Stewart Gardner Museum in Boston, Dr Alan Chong succeeds Dr Kenson Kwok who served as Director of the ACM from 1994 to 2009.

Raised in Hawaii, Dr Alan Chong received his Ph.D. in art history at the Institute of Fine Arts at the New York University and his undergraduate degree at the Yale University. His research fields include 17th century Dutch art, Renaissance art, patronage and collecting, and most recently, cultural connections between the East and West. The exhibitions he has curated at the Isabella Stewart Gardner Museum include: Bellini and the East (also presented at the National Gallery, London); Luxury for Export: Artistic Exchange Between India and Portugal around 1600; Raphael, Cellini, Renaissance Banker: The Patronage of Bindo Altoviti (also shown at the Museo del Bargello, Florence); A Bronze Menagerie: Mat Weights of Early China; and Journeys East: Isabella Stewart Gardner and Asia (recently honored by the American Art Museum Curators).

The position Alan Chong held at the Isabella Stewart Gardner museum is currently posted as a job offer on the museum’s website. 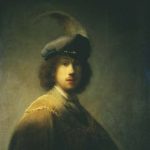