Arthur K. Wheelock, The National Gallery of Art´s curator of Northern Baroque painting and longtime member of CODART, received the George Wittenborn Memorial Book Award for his Dutch Paintings of the Seventeenth Century. The publication is an online version of a 1995 print collection catalog and documents approximately 130 paintings in the National Gallery of Art’s collection of Dutch seventeenth century paintings. Wheelock spoke about the publication as he adressed the topic of cataloguing a museum’s permanent collection in his keynote lecture at CODART ZESTIEN in Vienna (2013).

The award-winning catalog is available here.

Dutch Paintings of the Seventeenth Century comprehensively documents approximately 130 paintings in the National Gallery of Art’s collection of Dutch 17th century paintings, which is one of the finest in the world. This publication is an online version of a 1995 print collection catalog that both expands upon the original and provides seamless access to it. As such, the electronic version does not supplant the print, but serves as a companion – albeit one that considerably enhances and amplifies it in an online environment. This peer-reviewed catalog includes entries for each work written by Curator of Northern Baroque Paintings and author of the 1995 catalog, Arthur J. Wheelock, Jr. Additional information about provenance, exhibition history, bibliography, technical aspects, and high-resolution digital images are also provided, along with robust scholarly apparatus. The committee praised the site’s overall visual design, intuitive navigational elements, and well thought out information architecture. This exemplary open access electronic catalog blends the best of a traditional scholarly catalog with digital discovery and access tools and multi-media resources, thereby greatly expanding its audience and potential reach. As part of the National Gallery of Art’s larger initiative to provide online access to its collections, Dutch Paintings of the Seventeenth Century points the way for new models for art publishing and the development of both print and electronic resources of enduring value. 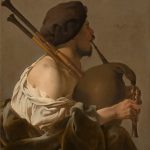 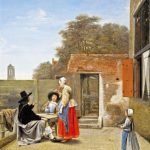