Founded in 2009, the journal publishes issues of peer-reviewed articles twice per year. These articles focus on art produced in the Netherlands (north and south) during the early modern period (c. 1400-c.1750), and in other countries and later periods as they relate to earlier art. This includes studies of painting, sculpture, graphic arts, tapestry, architecture, and decoration, from the perspectives of art history, art conservation, museum studies, historiography, and collecting history.
All JHNA articles are evaluated in a double blind peer review process, which assures the highest critical standards and the anonymity of the author and the reviewers. 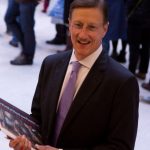