Translation by Jeffrey Hamburger, organizer of a petition against the plans

Hermann Parzinger, the President of the Stiftung Preußischer Kulturbesitz, Michael Eissenhauer, the General Director of the State Museums of Berlin, as well as the directors of the fifteen museums of the State Museum of Berlin, in particular, Udo Kittelmann and Bernd Lindemann, the directors of the effected collections, have established the following procedures for planning for the collections of the State Museums. Against the background of the controversial debate, this process involves both developing an appropriate prospect for display of the Old Masters as well as doing justice to the collection of the National Gallery of the 20th Century, including the Pietzch Collection.

President Parzinger and the entire administration of the State Museum of Berlin are unanimous that previous plans will be made concrete, but that at the same time alternatives and variants will once again be investigated in order to avoid any impression of over-hasty decisions. The Foundation is therefore and without delay commissioning a thorough feasibility study, the results of which will provide a foundation for further decisions. This study has only been made possible by the additional means made provisionally available by the budgetary committee of the Bundestag. The feasibility study will examine the following options on the basis of previous longstanding plans:

The feasibility study will determine the extent, costs and time requirements for the realization of these options, also taking into account the existing building projects of the Foundation. Its results will be presented early in 2013 and provide the foundation for a decision by the advisory board of the Foundation as well as the relevant parliamentary panels. 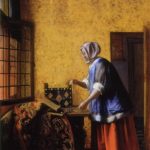