The Mauritshuis has announced that its director since 1991, Frits Duparc, a CODART member and supporter of the first hour, is retiring at the end of this year. 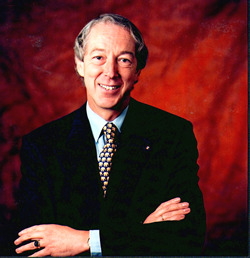 Frits Duparc (59), director of the Royal Picture Gallery ‘The Mauritshuis’ in The Hague, will resign at the end of the year. Duparc has held this position since 1 May 1991. Under his directorship, the Mauritshuis emerged as one of the leading museums worldwide. The number of visitors increased to an average of 250,000 per year and in 1995 the museum was successfully privatised. Moreover, numerous masterpieces were acquired, including a Rembrandt and three panels by Rubens, and spectacular exhibitions were organised, such as Johannes Vermeer (1996), Rembrandt (1999), Hans Holbein (2003) and Rubens & Brueghel (2006).

After more than sixteen years as director, Duparc – at his own request – will be leaving the Mauritshuis. The Supervisory Board of the Mauritshuis, chaired by Antony Burgmans, has honoured his request. Burgmans: ‘Naturally we respect his wish, even though we regret it. The positive influence Frits Duparc exerted cannot be sufficiently emphasised.’ In turn, the Board has asked Duparc if he would be willing to take on a few more projects, which he has accepted. At this point, nothing is known regarding a possible successor. Naturally, the museum will provide information on this matter in due time.

After studying history of art at Leiden University, in 1975 Duparc began his career as a curator at the Mauritshuis. In this period he curated As far as the world reaches, an exhibition devoted to Count Johan Maurits van Nassau Siegen, who commissioned the building of the Mauritshuis in the seventeenth century and after whom the museum is named. From 1982 Duparc worked in the art trade for several years. In 1985 he became a curator at The Montreal Museum of Fine Arts, and was appointed chief curator there in 1986. Finally, in 1991 he returned to the Mauritshuis, this time as its director.

At the Mauritshuis, Duparc championed an active acquisition policy. In the form of acquisitions and gifts, he succeeded in substantially enriching and improving the Mauritshuis’ collection with more than 30 paintings (for a total value of approximately 65 million Euro). Perhaps the most striking addition was the Portrait of an old man by Rembrandt van Rijn in 1999: it is the most expensive painting ever bought by a Dutch museum (circa 32 million guilders). In addition, he secured many great works, such as two portraits by Rubens, landscapes by Meindert Hobbema, Jacob van Ruisdael and Frans Post, still lifes by Willem Kalf, Balthasar van der Ast, Jan Davidsz de Heem and Pieter Claesz and genre scenes by Rubens and Gerrit Honthorst. The most recent painting to enter the collection is a Still life with apricots by Adriaen Coorte, which was given to the museum by a private individual in 2006.

Under Duparc, in the past sixteen years the Mauritshuis mounted numerous spectacular exhibitions. Time and again, hundreds of thousands of visitors found their way to The Hague. The exhibitions were thematic, such as Mauritshuis in Bloom; Bouquets from the Golden Age (1992) and Holland frozen in time (2002) as well as monographic, such as Paulus Potter (1994) and Carel Fabritius (2004). The Mauritshuis reaped great fame under Duparc with several blockbusters, including Johannes Vermeer (1996, 450,000 visitors), Rembrandt by Himself (1999, 200,000 visitors) and Hans Holbein the Younger (2003, 175,000 visitors). These shows significantly enhanced the Mauritshuis’ international reputation and allure.

In the past decade and a half, with Duparc at the helm, the Mauritshuis published numerous pioneering (exhibition) catalogues and built up a state-of-the–art museum conservation studio, one of the best in the world. Many important restorations were successfully carried out (sometimes on view to the public), among them the Girl with a pearl earring and the View of Delft by Vermeer and the Anatomy lesson of Dr Tulp by Rembrandt.