Information from the press release, 6 May 2016

A new highlight in an already impressive list of loans is a previously unknown altarpiece by the Bruges Master of the Legend of St. Lucy, who some experts associate with the 15th century artist François van de Pitte. This monumental triptych (when opened, it measures 176 cm H x 290 cm W) has been recorded as hanging in a chapel in the Dominican Church in the Spanish coastal town of Lekeitio since the 18th century. Its rich and vibrant colours are reminiscent of the work of Hans Memling, who was a Bruges contemporary of the artist. Like the St. Nicolas retable, the three side panels of which are already on display in the Groeningemuseum, thanks to their loan by the Flemish Regional Community, this triptych is also closely related in style to the paintings of Dieric Bouts and Hugo van der Goes.

The middle panel shows a monumental depiction of the Lamentation of Christ, situated against a landscape background with a fictional view of Jerusalem. On the left panel, the donor kneels in front of his patron saint, St. Dominic. A beautifully dressed woman is shown on the right panel, accompanied by St. Francis. There are also depictions of saints on the rear panels: St. Anthony of Padua on the left, the Franciscan St. Bernard of Siena on the right.

The identity of the family who commissioned this monumental triptych remains unknown. The red dress of the female benefactor, with its ermine trimmings, is clearly indicative of great wealth. This suggests that the donor must have been an eminent member of the local Bruges nobility, who probably had close connections with the Franciscan order. It is even possible that the triptych might have been specially commissioned for the Church of the Lesser Brothers in the Braambergstraat, where the Florentine and Catalan nations both had religious foundations. It is hoped that further research may shed more light on the origin of this remarkable painting.

The Master of the St. Lucy Legend

The Master of the St. Lucy Legend, together with Hans Memling and the Master of the St. Ursula Legend, was one of the most successful painters in late 15th century Bruges. In addition to several commissions for patrons such Donaas de Moor and Adrienne De Vos, he also painted numerous works for foreign merchants, including a retable for the Brotherhood of Blackheads, an association of unmarried merchants from Reval (in present day Estonia), and a painting of St. Catherine for a merchant from Pisa.

The Lamentation Triptych, which will now be exhibited in the Groeningemuseum for a considerable period, was auctioned in Bilbao several years ago. It immediately attracted the interest of a private Spanish collector, since it had been officially classified as a ‘masterpiece’ by the Spanish government. As a result of its purchase in this manner, the work escaped the attention of the international art world. The Groeningemuseum became aware of its existence almost by chance. Following months of negotiation between the museum and the owner, an agreement for a long-term loan was eventually concluded. For the next three years, this magnificent work will be on display in the city where it was originally painted. At the end of this period, there is a possibility that the loan licence might be extended. “It is always an extremely emotional moment when you see a masterpiece for the first time. I am truly proud that we are now able to add this important example of Bruges painting to our outstanding collection,” says manager Till-Holger Borchert. 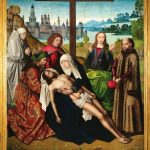 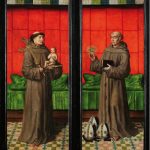 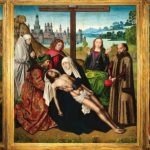