Yesterday the president of the European Council, Herman Van Rompuy visited the Fundación Carlos de Amberes and the exhibtion Tiempo de paces (Times of peace) that commemorates the 400th anniversary of the Twelve Years’ Truce of 1609 between Spain and the United Provinces. After his meeting with José Luis Rodríoguez Zapatero, president of Spain, Van Rompuy was interested in finding out more on the Foundation’s upcoming projects. Within the Foundation’s goals is to promote the European construction and preserve the ties between Spain and the Seventeen Provinces, today Belgium, the Netherlands and Luxembourg.

In April 9th 1609 was signed in Antwerp the Twelve Years Truce between the Spanish Monarchy, the Archdukes and the young Republic of the United Provinces that stopped temporarily the Eighty Years War (1568-1648). This is the beginning of the formal recognition of the Dutch Republic as an independent State (accepted finally by the Treaty of Münster 1648), but also a key point in the development of a real commitment to peace and tolerance in European Culture, International Law and Politics, which was possible thanks to the previous treaties of Vervins (1598) and London (1604) and a real cooperation between Spain (Philip III), France (Henry IV) and England (James I).

The Peace Treaties of Vervins (1598) and London (1604), and the Truce of Antwerp/The Hague (1609-1621), period known by historians as the Pax Hispanica, bring the opportunity for the construction of a new image of prosperity, tolerance and freedom which all the parts before in conflict will try to monopolize and manage. In these exhibition, we will stress the political e ideological dynamics of this process without forgeting other socieconomics and cultural aspects. 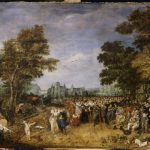 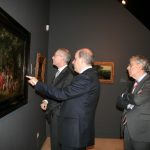