One month has passed since the first attack of the big earthquake in the eastern part of Japan on 11th March 2011. We have suffered severe damage by many earthquakes (the largest had a magnitude of 9.0), an enormous Tsunami, and the disaster at the nuclear plant at Fukushima. Even today we could feel another quake in Tohoku-area (green area on the map) and Tokyo-area, You might already have heard about it through reports on TV´s in newspapers, and online media.

Because of this disaster more than 13,000 people were killed, more than 14,000 are still missing. We have experienced a lot of troubles in our daily life, for example the lack of daily goods (water, rice, etc), lack of fuel, contamination of water by radiation (currently under the emergency level, but we have to be careful anyway) and especially the lack of electricity in the Tokyo and surrounding area (hereafter “Kanto-area”, dark blue in the map), which has the most immediate consequences for the museum activities in this area.

I would like to concentrate to report on the situation of the museums in Tokyo and Kanto-area. There are no troubles reported in museums in the western part of Japan, but in some museums and cultural institutions in the Tohoku-area there is some damage to buildings and collections.

Because of the disaster at the Fukushima nuclear plant and the damage of the Thermal power station at Kajima, Ibaraki prefecture, electricity supply from TEPCO (Tokyo electric power company) was lowered, and TEPCO announced scheduled blackouts in some areas in the "Kanto-area". Because of this, some cultural institutions have to close during this blackout (ex. 2 hours in one day). There are also institutions which are not located in the scheduled-blackout area, such as the Tokyo National Museum and the National Museum of Western Art in Tokyo, opening times there are sometimes shortened or some exhibition rooms have to close, in order to take care of the electricity supply. Recently TEPCO announced to stop the scheduled-blackouts for a while. This will change the situation of shortened opening-times of the museums.

After the earthquakes in March, some museums announced to postpone or cancel exhibitions based on the collection of oversea museums. The Maurice Denis-exhibition at Yamanashi prefectural museum of art, and the touring exhibition on impressionism beginning at Hiroshima Prefectural Museum of Art were postponed because transportation from France had stopped, and the Yokohama Museum of Art announced to cancel the opening of the touring exhibition of the collection of the Pushkin museum of Art.

On 12th April the Japanese government raised the accident level at a damaged nuclear power plant to 7, the worst on an international scale, from the current 5, now the same level as the accident in Chernobyl in 1986. For more information see:
http://www.thehindu.com/news/international/article1690525.ece
http://www.reuters.com/article/2011/04/12/us-japan-nuclear-instantview-idUSTRE73B0FE20110412

This is of course very serious news and we have to remain cautious for the changing situation in Fukushima.

Focusing on the museum activities, In the Kanto-area there is going to be a lack of electricity in summer. The nuclear plant in Fukushima has been shut down, another plant in the eastern part of Japan (owned by TEPCO) must be checked for its condition. If TEPCO could not supply enough electricity, museum activities in the Kanto-area might remain somewhat restricted, such as the shortening of the opening times, closing of some exhibition rooms, etc. Museums in Tokyo and the Kanto-area are now starting to react to these difficult conditions and prepare to better secure the condition of the institutions, in order to keep the exhibited artworks (and works to be exhibited in the future) in a safe and secure condition.

I would like to add that the museum activities in the western part of Japan (for example, Kyoto, Osaka, Aichi, Hiroshima, Kyushu-area, etc) are running as normal, even though currently some loan exhibitions were postponed. In the eastern part of Japan, the museums are doing their best to keep the electric conditions as normal as possible. The museum curators and collaborators are taking the utmost care for the condition of the museum activities in general.

Tokyo is now a little bit shrinking and in a tense situation. Many festivals were postponed or canceled, cultural activities are often restricted. People are not in panic, but under strong and subtle pressure. Radiation level has become lower in Kanto-area than in earlier, but we are still always conscious for the data.
On the website: http://microsievert.net/ a visualized radiation graph shows radiation levels in Kanto cities. At the same time, people in this area are eagerly seeking for entertainment, culture and art, in order to revitalize their mind.

As a member of CODART and conservator of Dutch art and culture I would like to let you know that the museums in Japan are now doing their best to keep their museum activity as ordinary as possible, and prepare to react to every kind of situation the future might hold. If you have a question please do not hesitate to contact me. I would like to report our situation realistically.

Lastly I would like to thank all of you for taking care of us and thinking of us. I am grateful from the bottom of my heart. 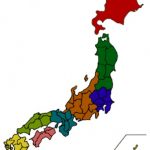