Paul Huvenne, the Administrator General of the Royal Museum of Fine Arts Antwerp (KMSKA), is to retire on 1 August 2014. He will turn 65 this summer.

CODART would like to seize the opportunity to thank Paul Huvenne for all that he has meant to CODART. He has been a member ever since CODART’s beginnings and served as a Board Member from CODARTs foundation (1998) till 2007. As such he contributed greatly to making CODART what it is today.

Dr Paul Huvenne (°1949) studied History of Art and Archaeology at Ghent University, obtaining a PhD in 1984 with a dissertation on Pieter Pourbus, a 16th-century painter from Bruges.

In that same year, he became Director of the Rubens House Museum, situated in the former home and studio of Peter Paul Rubens in Antwerp. In 1997, he was appointed as Director (and subsequently as Administrator General in 2009) of KMSKA, the largest museum governed by the Flemish Community. He is the driving force behind the museum’s dynamic and public-oriented policy that also pays ample attention to the traditional functions of conservation, management and research. Under his leadership, KMSKA has presented several highly acclaimed exhibitions.

Since the museum’s temporary closure for renovation, KMSKA has been staging shows at various host venues. Huvenne and his team have collaborated with other museums on exhibitions such as Reunion (Antwerp Cathedral, 2009) Masterpieces in the MAS (MAS, 2011) and The Golden Cabinet (Rockox House, Antwerp, 2013). He has also ensured that samples of the KMSKA collection continue to be shown to the public abroad, at venues in Europe, Japan, India, the United States and South America.

Paul Huvenne is a world-renowned expert on Rubens. He will reach retirement age this summer. The procedure for his succession has been started. 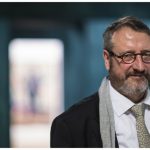