Lidewij de Koekkoek has been appointed director of the Rembrandt House Museum in Amsterdam. According to Maarten Feilzer, chair of the supervisory board, ‘De Koekkoek is an art historian with a passion for and knowledge of the seventeenth century, moreover she is an experienced director’.

Lidewij de Koekkoek studied art history in Leiden and has been Director of the Stedelijk Museum Alkmaar since 2008. Under her directorate the museum was privatized, renovated and redesigned. She has been an active member of CODART since 2009. CODART would like to take this opportunity to congratulate Lidewij on her appointment as director.

On 1 October 2016, De Koekkoek will succeed Michael Huijser who was recently appointed director of the National Maritime Museum in Amsterdam. 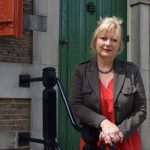