Museum Catharijneconvent in Utrecht reserved two outstanding portraits with a London art dealer at the TEFAF in March of this year. Today the museum can announce that it has succeeded in buying them with the aid of the BankGiro Lottery Fund of the Rembrandt Association, the Mondriaan Fund and the Friends of Museum Catharijneconvent.

Cornelis Jonson van Ceulen (1593-1661) was a portrait painter of Dutch descent who was born in London. He was held in high regard in the seventeenth century, first in London and then in the Dutch Republic after his arrival there in 1643. He sometimes used his London background and English reputation as unique selling points in the competitive Dutch market for portrait commissions by signing his works ‘Cornelius Jonson van Ceulen Londini’. He played an important part in the development of Dutch portraiture through his painting style and compositions, which were influenced by the Flemish master Anthony van Dyck, who was also active in London at the time.

There are more than 20 paintings by Cornelis Jonson van Ceulen in Dutch public collections. However, they were all made after 1643, when the artist settled in the Netherlands for good. There was not one from the 25 years of his influential and celebrated English career. That has now been rectified with the acquisition of the portraits of Thielen and his wife, both of which are regarded as highlights of Van Ceulen’s English oeuvre.

The mother church of Dutch Protestantism

A great deal is known about the two sitters. Willem Thielen (1596–1638) was minister of Austin Friars, the Dutch church in London that still exists today. That was an important consideration for Museum Catharijneconvent in its role as a treasury for the art, culture and history of Christianity in the Netherlands, for Austin Friars occupies a very special place in the history of Dutch Protestantism. It was founded in 1550 by refugees from the Low Countries, which makes it the oldest Dutch-speaking Protestant church in the world. It also played an important part in the organisation of the Protestant Church in the Netherlands, which explains why, at the earliest synods, ‘the Dutch congregation in London’ was referred to as ‘the mother church’.

Old faces with a modern significance

It is a little-known fact that such an important aspect of the nation’s history and cultural identity as Dutch Protestantism had its origins abroad in a Dutch-speaking congregation of refugees and immigrants, unlikely as that may sound. One of the aims of Museum Catharijneconvent is to use its collection to link the history of Christianity in the Netherlands to current events and to provide a context for the social debate. The story behind these two portraits was therefore an ideal opportunity to place the pressure on the multicultural society and religious tolerance in the Netherlands in a wider perspective.

A granddaughter and her grandfather reunited

Maria de Fraeye (1605–1682) was a descendant of Johan Radermacher the Elder (1538-1617), a humanist, merchant and scholar of Middelburg in the province of Zeeland. As it happens, he is one of the figures in another of Museum Catharijneconvent’s highlights: Maerten de Vos’s Moses with the Tables of the Law Surrounded by the Panhuys and Hooftman Families of Antwerp of c. 1575. The purchase of Maria’s portrait thus reunites her with her famous grandfather. Her costume is unusual for its combination of English and traditional Dutch dress. One particularly striking feature is her hat, which was a status symbol for men in the Dutch Republic and was not worn by comtemporary women in the Netherlands.

The fact that this purchase was facilitated by such leading financiers as the Mondriaan Fund and the Rembrandt Association is an important endorsement of the high standard of the museum’s focused acquisitions policy. Together with the arrival of Abraham Bloemaert’s Catholic altarpiece, The Four Fathers of the Latin Church Discussing the Eucharist of 1632 and the late medieval Pietà sculpture of c. 1425 from Bohemia or southern Germany, the purchase of the portraits of the protestant minister Thielen and his wife is the third time in 18 months that the museum has acquired a work with the backing of these and other national funds. According to the museum’s artistic director, Ruud Priem, "Museum Catharijneconvent regards this support as a powerful stimulus for the course we have adopted in our acquisitions policy, which is to strengthen our core collections and at the same time enhance the quality of works acquired for the national collections."

The portraits are important additions to the museum’s core collection of paintings from the fifteenth to the seventeenth centuries, and help raise its profile as the pre-eminent repository of the cultural heritage of Protestantism in the Netherlands. They add an international dimension to the museum’s rich collection of the seventeenth-century Dutch portraits of ministers and priests by masters like Jacob Backer and Frans Hals. 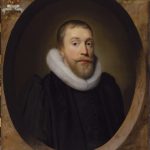 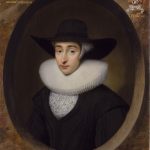