Michael Huijser has been appointed Director of the National Maritime Museum in Amsterdam. He will begin the first of July, succeeding interim Director Hans Gerson.

Michael Huijser has worked in the international art and museum world for more than twenty years. He has been Director of the Rembrandt House museum, General Manager of the Manarat al Saadiyat Gallery in the United Arab Emirates, General Manager of the Zuiderzeemuseum in Enkhuizen and was also a co-founder of Art Rotterdam, the international art fair.

According to Michael Huijser, “the collection of the National Maritime Museum is among the best of the world. It will be challenge to tell the maritime story of the past, today, and the future in an surprising and innovative manner. I look forward to working on this”. 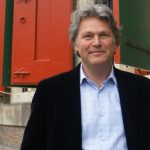