From the museum press release, 16 November 2010

Since 2006, Ruud Priem was curator of old masters of Museum Het Valkhof in Nijmegen, where he was responsible for successful exhibitions on Jan Toorop, the Peace of Nijmegen (1678-1679) and the 15th-century Hours of Catherine of Cleves. As guest curator of the Rijksmuseum in Amsterdam from 2001-2010, he also made traveling exhibitions on Dutch 17th-century art for museums worldwide. Having studied art history at the universities of Padova and Utrecht (with honors), Priem previously worked for the Dutch Postgraduate School for Art History in Utrecht and the research institute of the J. Paul Getty Museum in Los Angeles.

The permanent collection of Museum Catharijneconvent comprises unique historical and art-historical exhibits ranging from the early medieval period to the present. This collection offers an insight into the Christian art and cultural history of the Netherlands and its influence on Dutch society. The museum is housed in a beautiful medieval monastery in the centre of Utrecht. 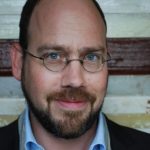