Today the Mayor and Aldermen of the city of Bruges presented Ruud Priem as Chief Curator of the Hospitaalmuseum. As of 1 September Priem will lead the museums of two historical hospitals in Bruges, collectively known as the Hospitaalmuseum: the Saint John’s Hospital Museum (Sint-Janshospitaal) and Museum of Our Lady of the Pottery (OLV Ter Potterie).

Saint John’s Hospital Museum has an eight hundred-year-old history of caring for pilgrims, travelers and the sick. It is one of the oldest preserved hospital buildings in the world, and presents what hospital life was like in the past. Its collection still comprises many art works specifically made for- or donated to the hospital. They include a renown ensemble of paintings by the great master of the Flemish Primitives, Hans Memling – his Shrine of St Ursula (c. 1489), in particular, ranks among the most highly esteemed works of art in Belgium. The Museum of Our Lady of the Pottery is housed in an old infirmary. It displays the eclectic collection (including outstanding silverware) accumulated down the centuries by the Augustinian congegration that still actively uses the premises. Many miracles have been attributed to the 13th century white limestone statue of Our Lady of the Pottery, one of Bruges’ oldest preserved statues, placed in the fine adjoining baroque church. The miracles are detailed in several stained-glass windows, wall tapestries, and a miracle book.

Ruud Priem (1969) studied art history in Italy and The Netherlands, at the universities of Padova and Utrecht, graduating with honors. He worked for the Dutch Postgraduate School for Art History in Utrecht, the research institute of the J. Paul Getty Museum in Los Angeles and as guest curator of the Rijksmuseum in Amsterdam. From 2001-2010 he was responsible for a series of exhibitions on the Rijksmuseum’s collections of Dutch 17th-century art, which traveled to museums worldwide and attracted a total of 1,7 million visitors. From 2011-2014, Priem was Director and Chief Curator of Museum Catharijneconvent in Utrecht, and worked as an independent museum professional. He will continue to work occasionally as an advisor and guest curator of international exhibition projects outside Bruges, while maintaining his functions as board member of the Rembrandt Society and chairman of two advisory committees of the Mondriaan Fund in The Netherlands. 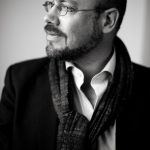 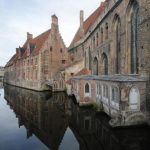 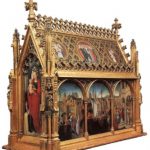