On 2 May 2010, The Villa Vauban in Luxembourg has re-openend after extensive renovation of the Villa, which was built in 1873. The opening exhibition features Dutch, 17th-century painting from the museum’s own collection and loans from the Rijksmuseum Amsterdam.

The Golden Age Reloaded is an exhibition about the persistent fascination of Dutch painting of the 17th century, the "Golden Age" of the Northern Netherlands: a period of economic prosperity, of free thinking and of great artistic productivity. With the bourgeoisie gaining wealth in trade and being proud of their recently gained independence, a large part of the population was for the first time able to buy paintings to decorate their homes. The high demand provided a good income for a large number of talented painters.

Indeed, 17th-century Dutch painting has fascinated art lovers right from its creation: up until today, we admire the multitude of the pictorial subjects, the realism and the richness of detail, the apparent simplicity of everyday life, the humour in the characters’ representation, the beauty of still lifes and landscapes as well as the various symbolic elements and hidden meanings.

In the 19th century – especially in France – these paintings sparked a renewed interest. Art historians, men of letters and painters were seized with enthusiasm for the "ancient Dutch". The post-revolutionary bourgeoisie, having accumulated enormous wealth through commerce, industry and finance, saw a reflection of themselves in the proud Dutch citizens of the 17th century. The banker Jean-Pierre Pescatore (1793-1855) was a representative of this upper class and, just like other financiers of that era, was building a large collection consisting of a vast number of Dutch paintings, which he bequeathed to Luxembourg, his hometown. As he maintained excellent relations with the Kingdom of the Netherlands which included the Grand-Duchy of Luxembourg at that time, the tight bonds between Luxembourg and the Netherlands during the 19th century are illustrated by documents from the Koninklijk Huisarchief of The Hague.

For its reopening, the newly renovated and extended Villa Vauban exhibits in collaboration with the Rijksmuseum Amsterdam a prestigious selection of 80 paintings from both the Luxembourgish and the Dutch collections: those from the Villa Vauban, the origins of which go back to Jean-Pierre Pescatore, comprising i.a. works by David Teniers the Younger, Jan Steen and Gerard Dou, as well as selected paintings from the Rijksmuseum collection with works from Frans Hals, Paulus Potter, Govaert Flinck, Jan van Goyen and Jacob van Ruisdael. Engravings from the collections of the Von der Heydt-Museum Wuppertal round out the exhibition.

Furthermore, visiting this exhibition will allow you to (re)discover all the fascinating aspects of this art. You will be invited to peek "behind" the paintings and to explore the hidden lives of the pictures: how did the 19th-century painters imitate the masters of olden times? What kind of frames did 17th-century buyers prefer and by what kind of frames were they replaced in the 19th century? Finally, special attention will be attributed to the restoration of certain works.

At the same time, "The Golden Age Reloaded" invites the public to discover a new museum for Old Master paintings: The Villa Vauban – Luxembourg City Art Museum. Located in a historical park and provided with a contemporary extension, the Villa Vauban wishes to convey new enjoyment of old art forms. 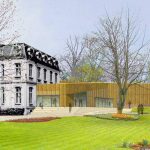 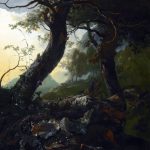 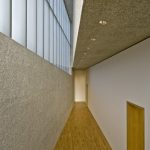 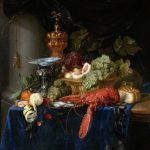