From the Mapsplusmotion press release:

The Netherlands has an exceptional international reputation regarding innovations in the spatial infrastructure and control of water and land. Like the art of painting in the 17th century, this is the Netherlands’ visiting card abroad. The man-made Dutch landscape is the result of constant innovation, from the West Frisian Circular Dyke, completed around 1340, to the construction of the Amsterdam ring of canals in the 17th century and more recent the Flevo polders.

How to visualize this in the context of an exhibition or permanent presentation in a museum? The website www.mapsplusmotion.com offers an amount of appealing examples. The historical-geographical applications of Mapsplusmotion show at a glance how a city or country has grown and changed over the centuries. Mapsplusmotion developed applications for Dutch museums such as the Zuiderzee Museum, the Hague Historical Museum, and the Museum Rotterdam.

To give just one example: the Hague Historical Museum commissioned a digital historical map that shows at a glance the development of the city in 20 steps from wilderness to seat of government. Since April 2011 the digital historical map of The Hague has been presented as an animation film in the permanent exhibition. It shows how changes to the landscape centuries ago still shape the city to this day. But the map also enables you to see where Jan van Goyen actually stood when he painted his ‘View of The Hague’ in 1650.

Mapsplusmotion was founded by Ger Haartman, Wim de Bell and Wouter Overhaus: respectively a multimedia designer with a background in the visual arts; an historian and exhibition maker, formerly curator of Dutch history at the Rijksmuseum; and the creative director of Atelier van GOG, a prize-winning design agency. 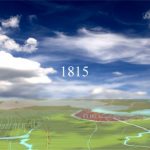 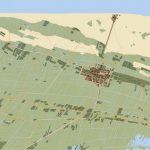 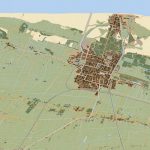 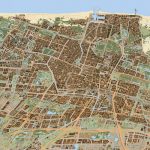