To help realize the exhibition De weg naar Van Eyck (The road to Van Eyck), planned for September 2012, a private initiative has been set up to find the necessary funds. As governments and commercial sponsors are cutting back on their contributions more and more these days, Museum Boijmans Van Beuningen in Rotterdam, as many other museums, has more difficulty organizing important and costly exhibitions.

The exhibition The road to Van Eyck is an ambitious event that focuses on Van Eyck’s predecessors from the Low Countries, France and Germany between ca. 1390-1430. The exhibition was planned following the successful exhibition Vroege Hollanders in the Museum Boijmans Van Beuningen in 2008 and has been in preparation since then.

Thought up by professor emeritus of modern art Carel Blotkamp and in close cooperation with the museum, the initiative ‘De kring van Van Eyck’ aims at collecting funds via the chain letter method. Each contributor is being asked to find five more sponsors each donating € 1,000 euros. The initiative hopes to raise € 700,000 euros, which would cover half of the costs of the exhibition. All contributions are welcome of course, also when contributors cannot find five other sponsors. The museum’s director Sjarel Ex says: "It would be a great signal to our government that would show the Dutch audience values art greatly." 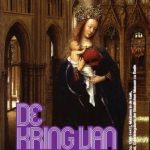 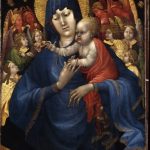